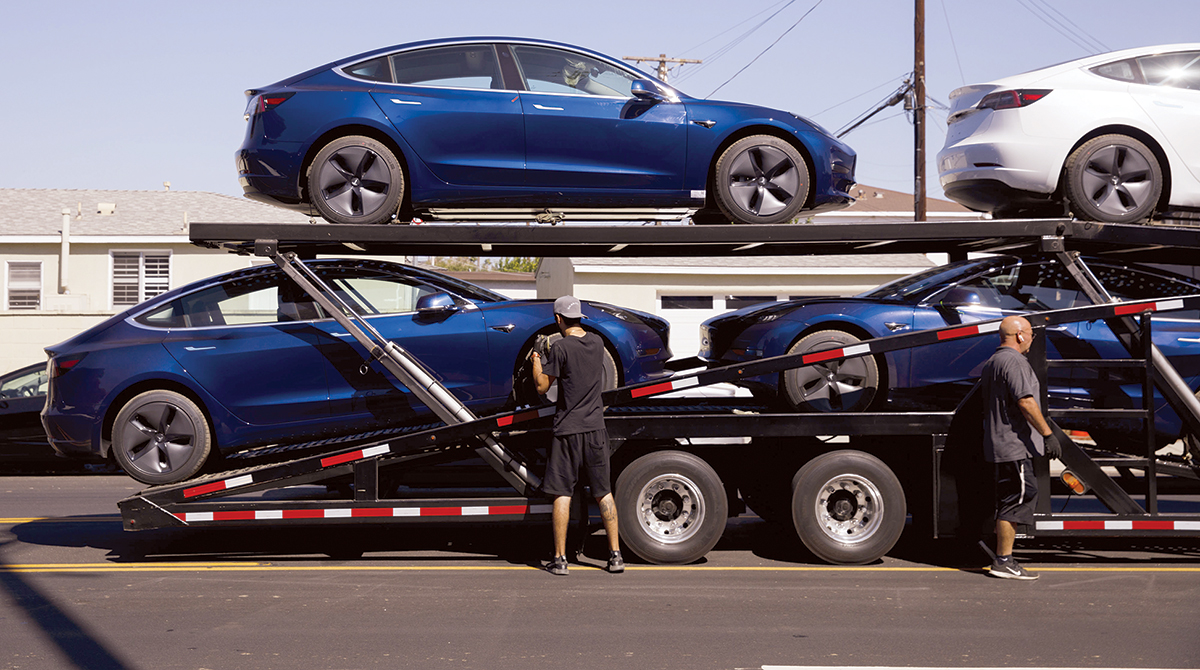 Investors rushed back into Tesla Inc. shares on March 9, putting a screeching halt to a five-day slump, and pushing the stock to its biggest gain in more than a year.

A steady stream of positive news — including an upgrade from a Wall Street analyst, a rally in the cryptocurrency Bitcoin and a broader turn in sentiment toward high-multiple technology stocks — are luring investors back to Tesla and other electric-vehicle makers.

Shares of the Elon Musk-led company jumped as much as 20% on March 9, erasing most of the decline in the previous past five sessions. The losing streak at one point had shaved off nearly $150 billion of the company’s market value. It was last at $675.20 at early afternoon in New York.

If anything, the steep rout in the stock was seen as an opportunity to buy the shares.

New Street Research analyst Pierre Ferragu upgraded Tesla to buy from the equivalent of a hold, saying the company has two years of earnings momentum ahead and its demand outlook is stronger than supply could ever be.

New Street’s forecast implies Tesla could deliver $12 of EPS in 2023, the analyst said in a note. Average analysts’ profit estimate for the period stands at $7.73 a share, according to data compiled by Bloomberg.

“With such earnings revision, we would expect the stock to remain in the upper end of the 50-100x range, similar to where Amazon traded on for almost a decade, and below today’s multiple of 100x,” Ferragu said. 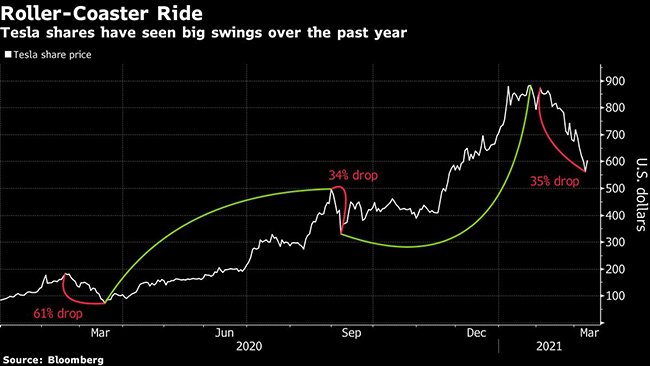 Precipitous drops are nothing new for Tesla investors. The stock has seen three sharp selloffs of more than 30% in a span of about a month since the beginning of 2020.

While the market has recently soured on expensive growth stocks like Tesla amid a rise in Treasury yields, shares of the EV maker also have been hit hard as a slew of legacy carmakers this year announced their plans to aggressively push into the electrification trend.