Tennessee Gov. Haslam Advocates for Gas Tax in State of the State 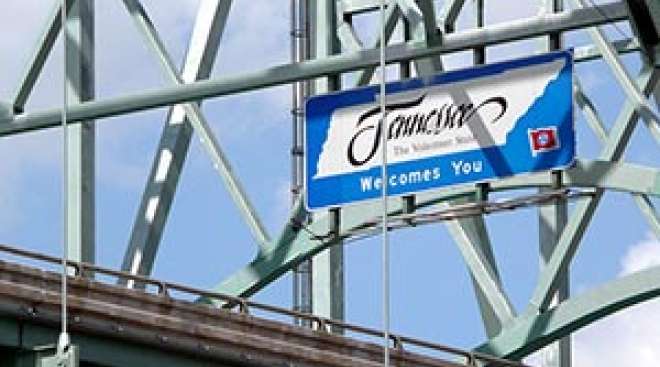 NASHVILLE — With the state flush with new general government revenues, Gov. Bill Haslam on Jan. 30 unveiled a $37 billion annual spending plan, urging lawmakers to adopt his recommended gasoline tax increases to pay for better roads and reject temptations to dodge it by turning to burgeoning revenues in other non-transportation areas to fund it instead.

"First, while we do have a surplus, we do not have a pile of money without a claim to it," the Republican told lawmakers in his annual State of the State address as he sought to make the case for his proposed 7-cent-per-gallon increase in gasoline and 12-cent boost on diesel.

If adopted, the governor's recommendations would include Tennessee's first fuel-tax increases in nearly 28 years.

Lawmakers, he warned, shouldn't be tempted to use the one-time money on road funding, noting he will use $120 million of it to pay back the highway fund for money snatched by previous governors and their legislative predecessors during economic downturns.

"I have never thought that it was a good plan to pay for a long-term need like $10.5 billion in approved and needed road projects with a short-term surplus," Haslam said of his plan to address a nearly 1,000-project backlog. "Third, and the most fundamental in my proposal, an estimated half or more of the increased revenue would come from non-Tennesseans and trucking companies" under his gas tax increase plan.

Haslam was frank about his $278.5 million tax increase plan, which also would increase fees for vehicle registration, implement for the first time the indexing fof uel prices once every year with caps to inflation and other measures.

In response to criticism of the previously released road proposal, Haslam emphasized he plans to cut a near-equal amount in taxes that support the general fund.

That includes cutting the 5% sales tax on groceries by half a percentage point, or $55 million, a $113 million cut in business franchise taxes for manufacturers whose operations generate well-paying jobs, and accelerating the current phase-out of an income tax on individuals' investments, which will cost the state $102 million annually.

He acknowledged that there remains opposition to the fuel tax increase proposal.

"I know that some of you have said that you're never going to hit the 'green button' for any kind of tax increase. I understand," Haslam said. "I would rather not address this, either. I would rather be known as the governor who worked with the General Assembly to cut $500 million in taxes, brought our debt to record low levels and introduced the Tennessee Promise.

"But," he said, "imagine what kind of Tennessee we would be if two different governors and two different General Assemblies did not have the foresight to address our infrastructure needs back in the '80s. Without them, many of the roads we now take for granted and hundreds of thousands of jobs wouldn't be here."

The previous fuel-tax increases were in 1989. The current rate is 21.4 cents per gallon of gasoline.

"With all of that, we have still managed to create a surplus in Tennessee," said Haslam, who cut a half-billion dollars during his first six years in office. "I want to be clear — surpluses are a good thing, a combination of conservative estimates, strong growth and having the discipline to not spend to budget. Many of our fellow states who are in deficit positions would love to trade places with us."

Haslam found himself in the role of professor, trying to explain one-time money and recurring money to the public and lawmakers, cautioning everyone not to confuse the two. And alluding to some lawmakers' stated intentions of cutting yet more taxes beyond his recommendations, he said, "It's important to remember that this is not $957 million without any claims to it."

Haslam's budget would account for every penny of the $1.1 billion budget surplus, as well as nearly $1 billion in recurring revenues and the ball is now in critics' court to change it.