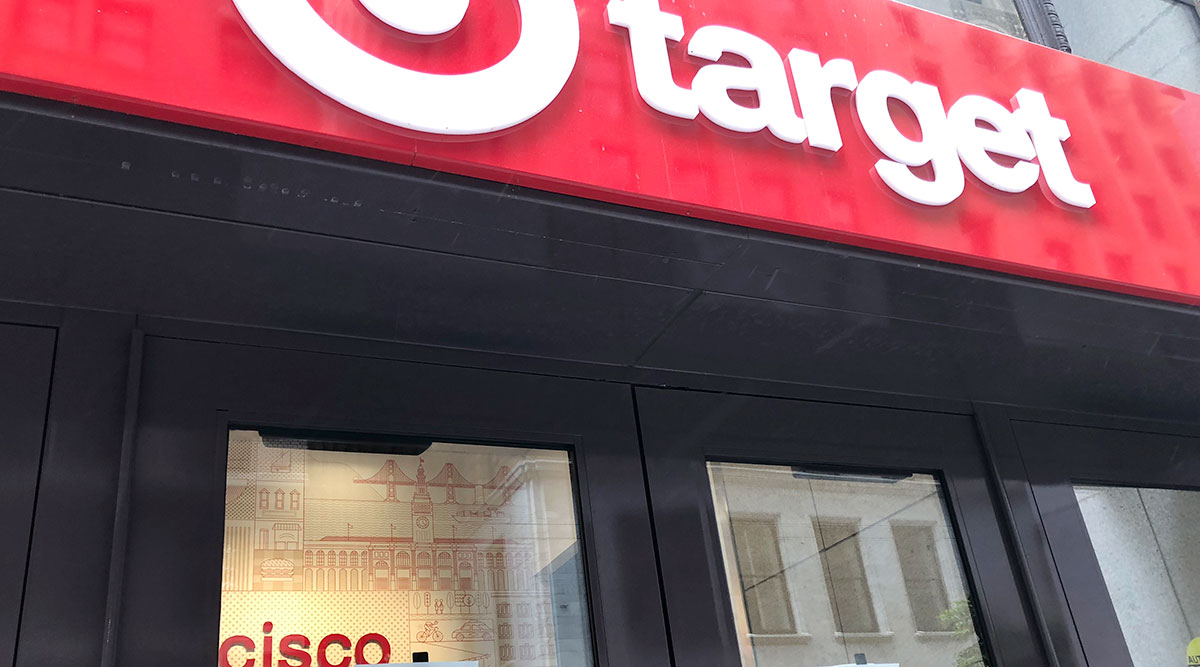 The impact of Target Corp.’s weekend register glitch won’t show up until the retailer discloses quarterly revenue in August, but it could have cost the company about $50 million in lost sales, according to one analyst.

Target’s registers went down for about two hours June 15 across the chain, stemming from what the company called an “internal technology issue” that left some shoppers frustrated and venting on social media.

Like other retailers, Target generates anywhere from one-fifth to one-third of its weekly sales on Saturdays, so two hours on that busy day is worth about $50 million, according to Bryan Gildenberg, chief knowledge officer at Kantar Consulting. Kantar’s estimate assumes that most stores are open 12 hours a day, and that some shoppers returned later on to complete their purchases. In last year’s second quarter, Target had revenue of $17.8 billion.

On June 16, Target was hit with an unrelated problem at a data center run by technology vendor NCR Corp., which led to the retailer being unable to process select card payments at some stores for about 90 minutes. Both issues have been resolved, a Target spokesman said, and the discount retailer is evaluating “every aspect of what went wrong” to ensure it won’t happen again. 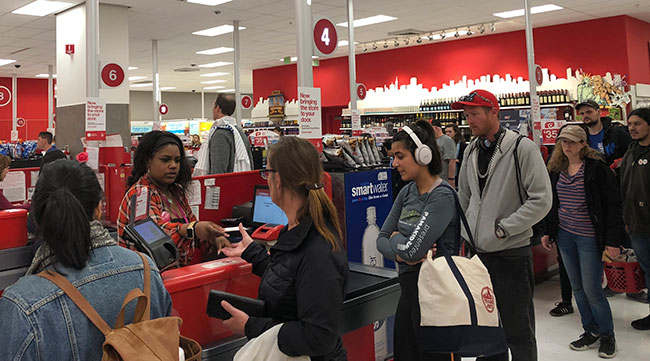 Lines formed while some stores had systems down for almost two hours. (Michael Liedtke/Associated Press)

The June 15 outage came on the eve of Father’s Day in the U.S., when the retailer was promoting various items — from ties to golf balls — as last-minute gift ideas for dads. Customers took to Twitter, sharing images of the long lines and the abandoned shopping carts. The hashtag #targetdown quickly became a trending topic on the social media platform.

The snafus didn’t compromise any customer information, but rekindled memories of Target’s costly 2013 data breach that exposed the payment card data of millions of customers. The mishaps could also impact the healthy flow of customers Target has enjoyed of late: Customer traffic, a key metric for any retailer, has risen by more than 3% for six straight quarters.

Target is also facing a difficult comparison with the previous year’s second quarter, when same-store sales rose 6.5%, its best performance in 13 years.