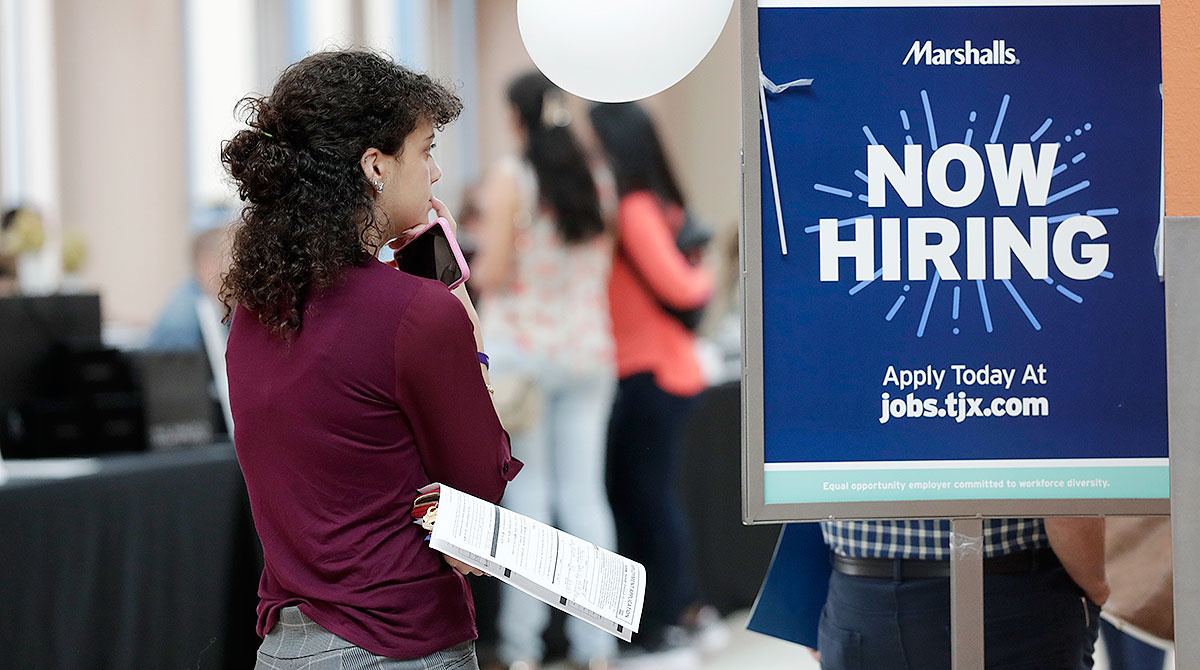 BALTIMORE — U.S. businesses added a mere 125,000 jobs in October, a slowdown in hiring driven in part by job cuts in manufacturing and construction.

Payroll processor ADP said Oct. 30 that hiring in September also was revised down sharply to 93,000 jobs from the initial report of 135,000 jobs. The October figure did not account for the strike by General Motors’ workers, which likely led to the loss of an additional 60,000 jobs, said Mark Zandi, chief economist at Moody’s Analytics.

“It’s clear that job growth continues to slow,” said Zandi, who added that it would be critical as to whether hiring stays above 100,000 a month and matches population growth or slips below that level in what would be a troubling sign for the economy.

Hiring was solid in the health care industry and among employers with more than 50 workers, but the longest economic expansion in U.S. history has limited the number of people seeking jobs and a global slowdown has weighed on the goods-producing sector.

“The slowdown in job growth is really about what’s happening at smaller companies,” said Zandi, as businesses with fewer than 20 workers shed 12,000 jobs last month.

ADP’s figures don’t include government hiring and frequently diverge from the government’s official report, which will be released Nov. 1. Economists expect that report will show 90,000 jobs were added.

One key indicator in the jobs report will be the change in average hourly wages. Gains appear to have moderated in the past year despite the healthy 3.5% unemployment rate as employers have turned more cautious because of the trade war between the United States and China, Zandi said.