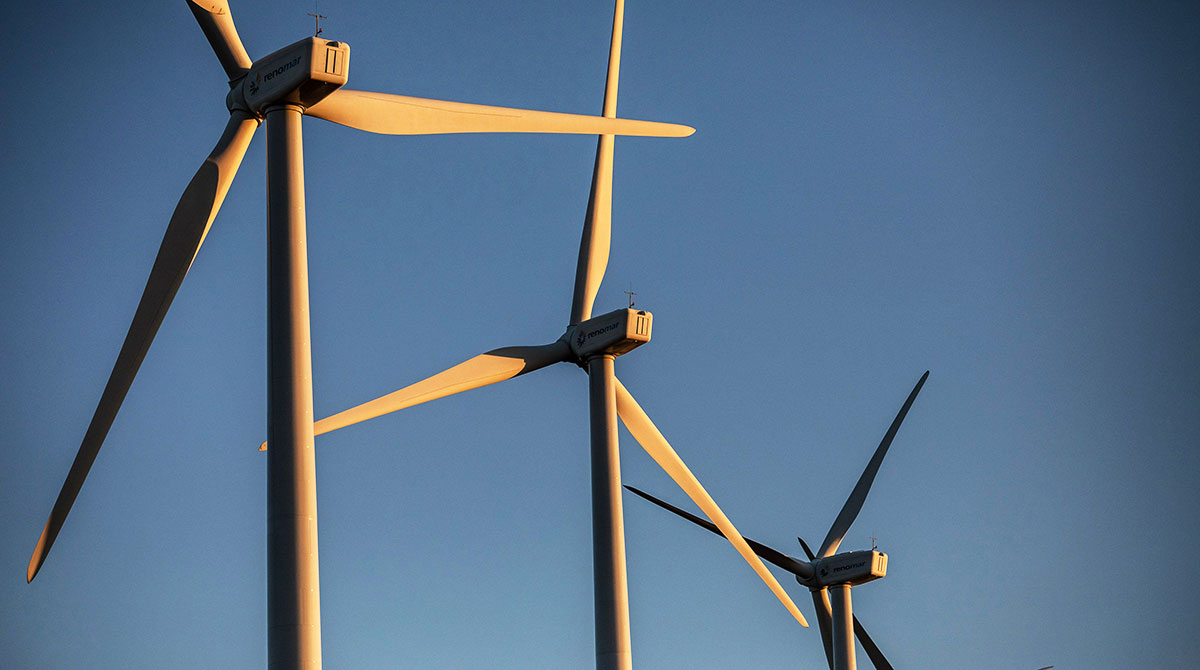 Bottlenecks in the global supply chain threaten to drive up renewable-power costs, reversing a decadelong trend that made wind and solar mainstream.

These disruptions from the global pandemic will make labor and materials more expensive, adding to costs for wind and solar power, said George Bilicic, Lazard Ltd.’s vice chairman of investment banking and head of global power, energy and infrastructure.

Costs for utility scale solar have plunged 90% since 2009, and wind is down 72%, according to Lazard annual levelized cost of energy report released Oct. 28. That’s made renewables the cheapest source of electricity in many regions and is helping drive the green transition. But the pace of that shift may be undermined if clean energy gets more expensive just as a global energy crisis drives up demand for power. Supply chain issues may also lead to delays in renewables projects, especially in the U.S. where there is no certainty about tax incentives and public policy, according Bilicic.

“We think when we do this study next, we will show cost increases because of supply-chain challenges and generally increased costs,” Bilicic said.

Unsubsidized costs for utility-scale solar fell to as low as $28 per megawatt-hour for thin-film photovoltaic modules in 2021, slipping $1 from a year earlier, according to the New York-based company’s report. Offshore wind fell $3 to $83, and solar panels paired with storage slipped to $165 from $188 in 2020.

Lower production costs have been a major benefit as nations and companies embrace renewables in the race to meet climate goals. Battery storage paired with solar PV is starting to become more economic to deploy than building a natural gas-fired peaking plant to keep power grids stable and provide reserves, Bilicic said.

“We have supply chain issues on top of public policy uncertainty, and it’s just causing more uncertainty,” Bilicic said. “The energy transition needs to have the foundational basis for investment, which in the United States is impacted by the public policy environment.” 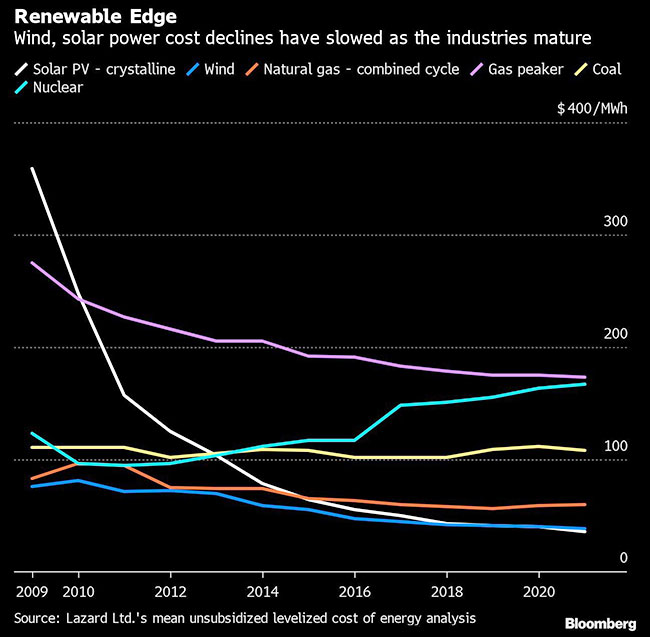 On top of that, storage developers are also increasingly competing with the rapidly growing market for electric vehicles for lithium-ion batteries, according to Lazard.

Considering production costs, among the most attractive places to co-locate solar with storage technology is in the Midwest and the Southwest, according to Lazard. These projects account for 35% of the new generation that developers are looking to install on the Texas grid.

When it comes to hydrogen, Lazard expects projects relying on cheap wind and solar to beat out so-called blue hydrogen that burns natural gas to split water. Right now, the levelized cost of the cheapest hydrogen projects is the equivalent of paying about $28.10 per million British thermal units for gas. Benchmark U.S. gas futures were recently trading at $6.

But there is a clear roadmap that shows how the cost of electrolyzers, which account for at least a third of project capital costs, may slide just as solar has over the past decade.