Stocks Sink in Worst Day Since 1987 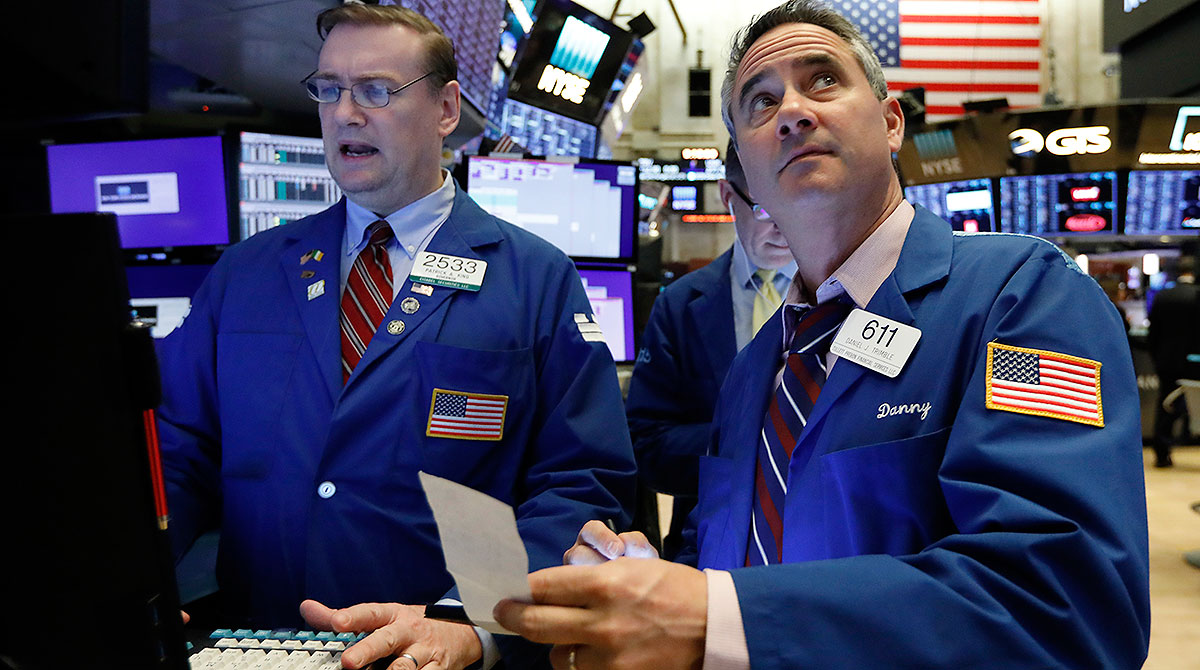 All three major U.S. equity gauges fell more than 9%, with the Dow Jones Industrial Average and S&P 500 losing the most since Black Monday more than three decades ago. The stock rout was worldwide, with Europe’s benchmark index down 11% in a record drop. Brazil’s Ibovespa tumbled as much as 20% at one point, extending this year’s loss to almost 50% in dollar terms. Canada’s main gauge was off more than 12%, its worst day since 1940.

Ten-year Treasury yields erased declines and inched higher as policymakers’ pledge of $1.5 trillion in liquidity recalled the quantitative easing used during the financial crisis. Oil and precious metals fell, with palladium entering a bear market as it tumbled more than 20% on March 12.

READ MORE:  Fed to Buy a Range of Treasury Bonds to Try to Ease Jitters

The S&P 500 entered a bear market, wiping out all its gains since the end of 2018. Now investors are trying to guess at the effectiveness of policymakers’ measures to curb the spread of the coronavirus and limit its economic damage. Trump’s travel ban and tepid fiscal measures failed to impress most observers. Spirits were further dampened by new bans on public gatherings in the U.S. and professional sports leagues’ move to suspend operations.

On another bruising day across markets:

More bad news about the impact of the coronavirus further sapped investor spirits. The leading U.S. infectious-disease official said the testing system in the country is “a failing.” The European Union warned the sickness threatens to exceed health care capacity across the region “in a few weeks or even days.” The National Hockey League followed the National Basketball Association’s lead and suspended its season, while Major League Baseball said opening day would be delayed.

“We need to see what is effectively a ‘declaration of war’ against the virus and full support to offset the economic damage that war will cost,” said Peter Tchir, head of macro strategy at Academy Securities. “Whatever has gone on this week, it’s not a liquidity crunch.”

Meanwhile, signs that companies in the hardest-hit industries were drawing down credit lines to battle the effects of the virus on their businesses added to anxiety.

“The risks have definitely risen,” said Chris Gaffney, president of world markets at TIAA. “The question is how long will this last, and I don’t think anybody can predict that at this point.”