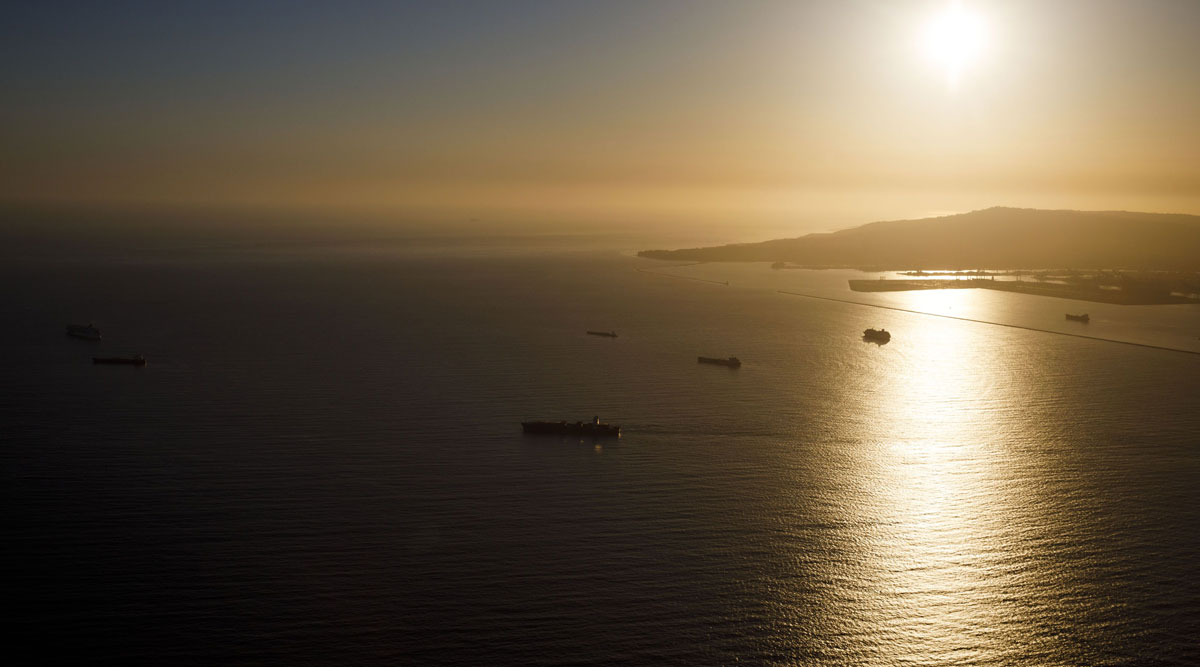 Oil tankers are seen anchored in the Pacific Ocean above Long Beach, Calif., on May 1. (Patrick T. Fallon/Bloomberg News)

U.S. stocks kicked off the week on a positive note, rallying late in the session to close higher as crude oil gained for a fourth consecutive day.

Energy, information technology and utilities were the biggest gainers in the S&P 500, led by Exxon Mobil Corp. and Chevron Corp. U.S. airlines were hit hard after Warren Buffett said over the weekend that Berkshire Hathaway Inc. had exited the sector. Apple Inc. led the Nasdaq Composite Index higher before a big week of earnings.

“When the economy gets back to normal is very uncertain right now,” Tom Essaye, a former Merrill Lynch trader who founded “The Sevens Report” newsletter, wrote in a note. “And given that uncertainty, we can expect markets to be volatile in the near term as investors try and determine when exactly that happens.” 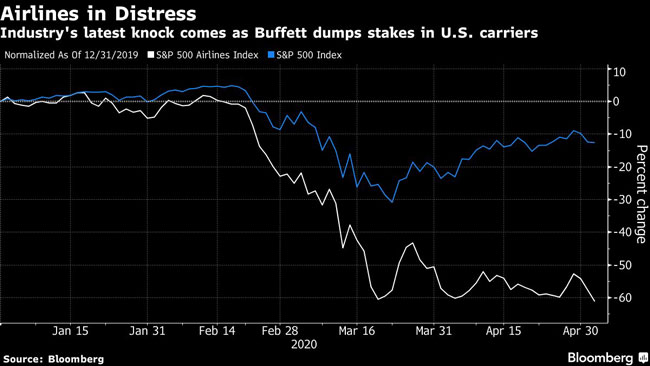 In Europe, the Stoxx Europe 600 slumped, with all 19 industry sectors in the red. West Texas oil futures pushed higher after fluctuating earlier in the day. The dollar strengthened against most major peers.

Global stocks had begun the week lower for a third straight session, a streak not seen in almost two months, as U.S.-China discord flared again and President Donald Trump prodded the nation to reopen for business. Investors are weighing fears of a second wave of infections and a steady stream of bad economic data against efforts by many countries to start easing lockdown restrictions. Earnings roll on this week, with firms including Walt Disney Co., BMW and Air France-KLM scheduled to report.

In other coronavirus news, Italy began to reopen its economy after two months, but the premier’s plan was criticized for being too cautious. Russia reported more than 10,000 new infections for a second day. New Zealand had no new cases for the first time, since March and Hong Kong may soon reopen cinemas and gyms.