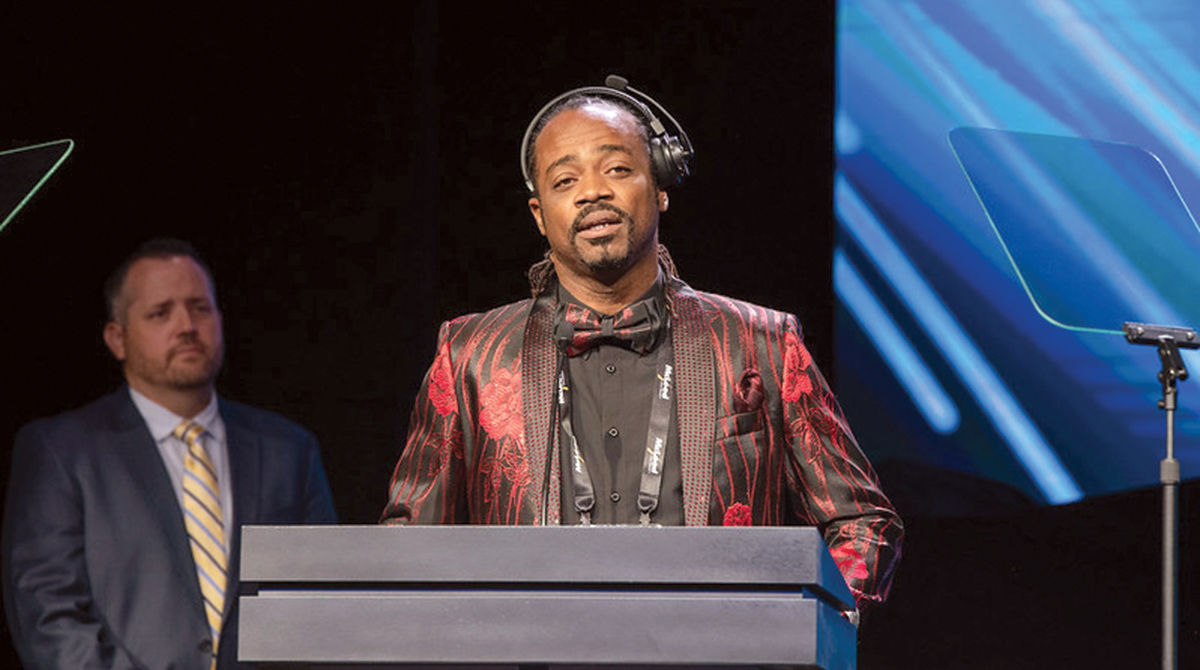 Burris accepts his award at the event. (TCA)

Royford Burris, a professional truck driver with Stevens Transport, was awarded the 2020 Highway Angel of the Year. The designation, also known as EpicAngel, is given by the Truckload Carriers Association and its presenting sponsor, EpicVue.

On Aug. 23, 2020, Burris was hauling a load bound for Florida, but while on U.S. Route 63 in Arkansas he saw a car crash. Burris acted fast, putting out the flames of one car and saving the life of a 13-year-old girl who was trapped in one of the cars.

“Once I saw those cars, I knew that it was my duty to stop and help in any way I could. I’m sorry I couldn’t save the others,” Burris said.

While responding to the accident, Burris managed to free the girl by kicking out the back door and squeezing in. The girl Burris saved was the only individual from the car who survived the crash.

“Not only is he a hardworking driver, father and grandfather, but he is also a hero. We are extremely thankful to Royford for setting the standards not only for his fellow drivers but for all of us at Stevens,” said Kenny Harwell, driver manager at Stevens Transport.

Burris was formally recognized at TCA’s Truckload 2021 Conference in Las Vegas and received a complimentary EpicVue satellite TV package that includes a 24-inch flat-screen TV, a DVR and a one-year subscription.

Stevens Transport ranks No. 58 on the Transport Topics Top 100 list of the largest for-hire carriers in North America.