State DOT Directors: Work With Us on Safety 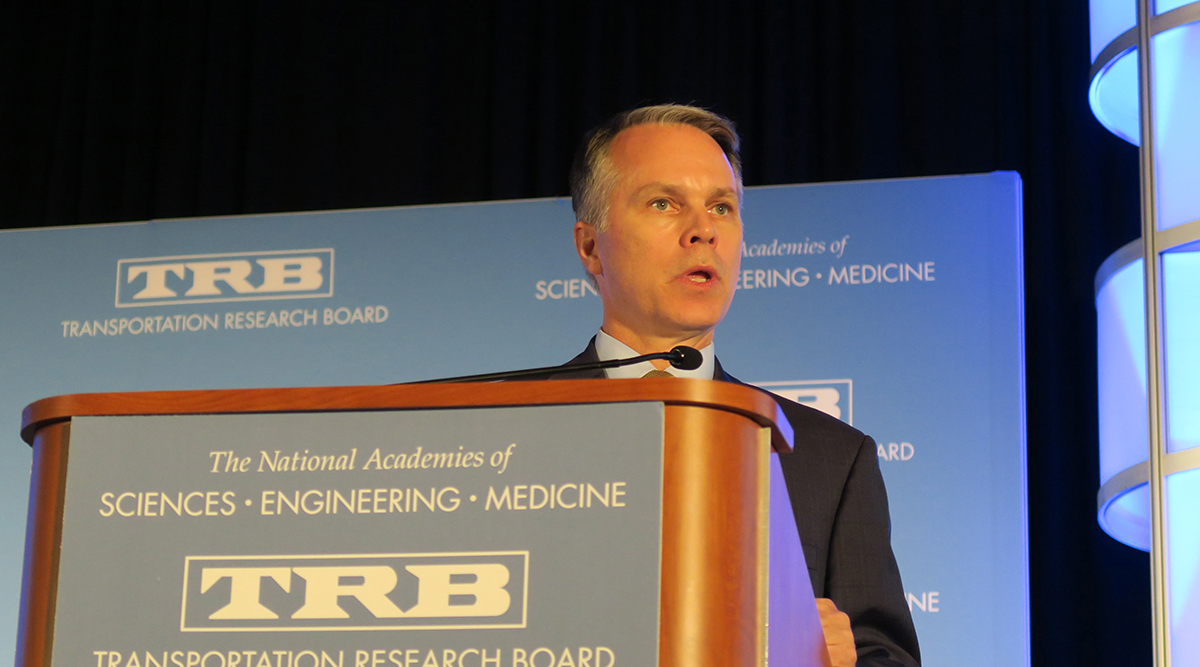 Patrick McKenna, director of the Missouri Department of Transportation, said the number of deaths on highways is a national health and safety crisis. (Jim Stinson/Transport Topics)

WASHINGTON — The leaders of several state departments of transportation urged automobile drivers and trucking companies to work together on safety improvements to help reduce traffic fatalities to zero or near zero, during a panel at the Transportation Research Board’s annual meeting Jan. 14.

Patrick McKenna, director of the Missouri Department of Transportation, said the nation has become “desensitized” to the daily news of traffic fatalities and accidents on U.S. roads and highways.

What would Americans do, McKenna asked. People would stop using airlines, he said.

But about 100 Americans die on roads every day, McKenna said, citing official federal statistics. According to the National Highway Traffic Safety Administration, 36,560 people were killed in traffic crashes in 2018, a 2.4% decrease from 2017. McKenna, also the president of the American Association of State Highway and Transportation Officials, called the number of deaths a national health and safety crisis. 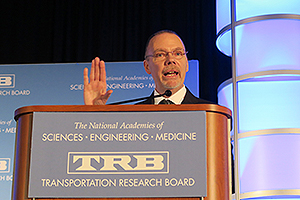 Mike Tooley, director of the Montana Department of Transportation by Jim Stinson/Transport Topics

Mike Tooley, director of the Montana Department of Transportation, said safety measures to cut down on accidents often meet with opposition because of their methods of traffic calming. Tooley said rumble strips, which create noise when tires run over them, warn drivers when they are drifting into other lanes. But people complain about the noise the strips make in and near their cars or neighborhoods, Tooley said.

Another safety measure is roundabouts. Roundabouts often meet with opposition not only from motorists but also truck drivers who oppose the circular traffic configurations, Tooley said. Tooley said roundabouts slow down traffic and also prevent collisions.

Tooley said his state implemented “Vision Zero” in May 2014 to reduce fatalities and injuries to zero. The plan involved education through public information campaigns during the busiest travel periods; enforcement of Montana seat belt and impaired-driving laws by Montana Highway Patrol and local law enforcement agencies; engineering of Montana roadways to ensure that Montana’s thousands of miles of state roads and highways are built and maintained with safety as the first concern; and emergency medical response adequately funded and equipped to respond to vehicle crashes with proper vehicles, training and medical equipment.

The result has been a 30% drop in accidents, Tooley said.

Toks Omishakin, the California Department of Transportation director, noted his state, the most populous, has about the same number of people as the United Kingdom. But the U.K. has far fewer annual traffic fatalities, Omishakin said, noting California has about 3,700 such fatalities annually, 10% of the U.S. total. 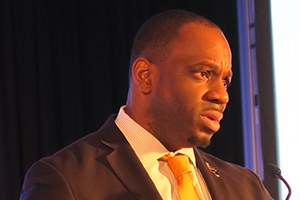 In response to a question from the audience, Omishakin said growing demand for freight movement is something the state DOTs will have to continue to adjust to, as e-commerce pushes more products through the supply chain. And with more trucks and distracted driving in cars comes more smaller vehicles slamming into trailers, he said.

After the event, Tooley told Transport Topics that safety measures have to be understood by truck drivers as a net positive.

“Our biggest investor in the system, being the [trucking] industry, is sometimes our biggest opponent to some of the things we are trying to do to making it safer, like roundabouts,” Tooley said. “It’s to the truck driver’s benefit to use [roundabouts] — especially in places where you see multiple trips per day. They do not have to stop.”

The collisions that do happen at roundabouts are often not serious head-on accidents, he said. Tooley said roundabouts are not the first choice as a fix at a dangerous intersection, since they are a more expensive solution.

As for rumble strips, they are being redesigned to reduce noise and send “feedback” to the driver without making widespread racket, Tooley said.

During the panel, state directors repeated their two main pieces of driving advice: Buckle up, and don’t engage with your cellphone through hand-held conversations or texting while driving.