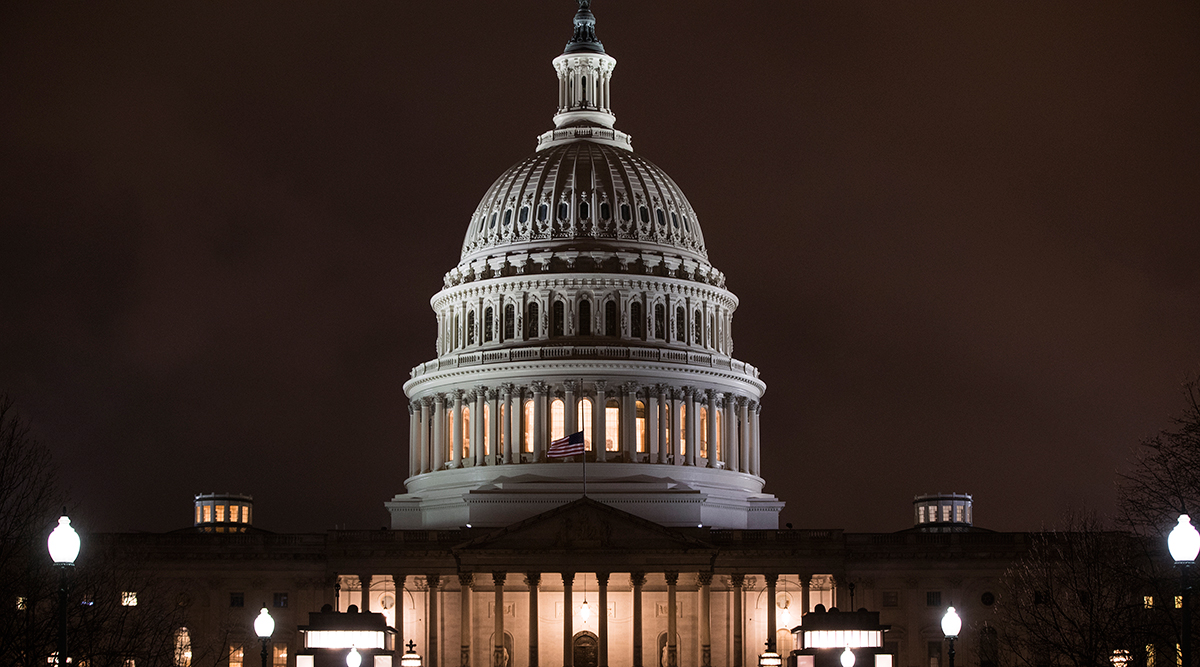 Motor carriers that haul livestock will be exempted from the federal electronic logging device mandate until Sept. 30 under language included in a $1.3 trillion omnibus funding measure the U.S. House of Representatives advanced March 22.

Absent from the bill was a provision sought by many in the trucking industry aimed at ensuring nationwide uniformity in meal and rest break laws for truck drivers.

The omnibus funding bill was the culmination of negotiations by Republican and Democratic leaders on Capitol Hill to avoid a government shutdown and extend federal funding authority that had been set to expire March 23.

The funding bill “makes major investments in infrastructure across the board — whether it is transportation, energy, water or cyber — to help boost our economy and promote future growth,” said Appropriations Committee Chairman Rodney Frelinghuysen (R-N.J.).

Earlier this month, the Federal Motor Carrier Safety Administration extended into June an existing temporary waiver from the ELD rule for agriculture-related transportation. The extension in the funding bill stretches that to the end of the federal fiscal year, which ends Sept. 30. Several members of Congress have urged FMCSA, as well as Transportation Secretary Elaine Chao, to address ELD compliance concerns livestock haulers have raised.

Proponents of the meal and rest break provision not included in the bill argue it would improve safety and efficiency. The provision would have clarified a requirement in the Federal Aviation Administration Authorization Act of 1994 to block a California law that was signed in 2011. Under that California law, employers are required to provide a duty-free 30-minute meal break for employees who work more than five hours a day, as well as a second duty-free 30-minute meal break for those who work more than 10 hours a day.

American Trucking Associations viewed the omnibus as an opportunity for advancing the provision, and moving it through Congress remains a priority for the federation, ATA president Chris Spear said.

“Surrendering all authority over interstate commerce, Congress gave the plaintiff’s bar a green light to bankrupt our companies and eliminate thousands of good-paying jobs,” Spear told Transport Topics on March 22. “Since the formation of the republic, the federal government — not states like California — has had the power to regulate interstate commerce. ATA will fight for an industry that moves 71% of our nation’s freight and employs 1 in 16 jobs in the U.S., and against a patchwork of state laws solely designed to line the pockets of trial attorneys.”

Overall, the fiscal 2018 omnibus measure would provide $1.5 billion for the Transportation Investment Generating Economic Recovery, or TIGER, infrastructure grants. Of that, 30% would be directed toward rural projects. The Trump White House had previously proposed eliminating the TIGER program.

“We commend Congress for their foresight and courage in retaining and expanding this program. This investment will make our country and our people more secure,” said Transportation For America director Kevin Thompson about TIGER. The group advocates for infrastructure funding.

The Federal Motor Carrier Safety Administration would receive $845 million, which would be $201 million above the 2017-enacted levels. Of that, $374.8 million would be used for motor carrier safety grants.

Another truck-centric provision included in the measure would allow for commercial vehicles weighing up to 129,000 pounds to operate along the interstate system in North Dakota. Under federal law, trucks are limited to 80,000 pounds nationwide.

The bill also would provide $1.9 billion for Amtrak, $250 million in grants for the installment of automatic positive train control braking systems for rail operators, and $150 million for the Washington Metropolitan Area Transit Authority serving Washington, D.C., Virginia and Maryland.

“Extensive negotiations and hard work went into producing this legislation, which will provide robust new funding to begin rebuilding our military,” added Thad Cochran (R-Miss.), Frelinghuysen’s Senate counterpart. “It also directs new funding to some of the most critical challenges facing our nation, including faltering infrastructure.”

Transportation Provisions in Omnibus Bill by Transport Topics on Scribd

More Than 700 Barges Stuck in Mississippi River From Bridge Crack

Biden to Take Infrastructure Agenda to Rural US