Some Chinese Ports Are Jammed Again on Food Testing 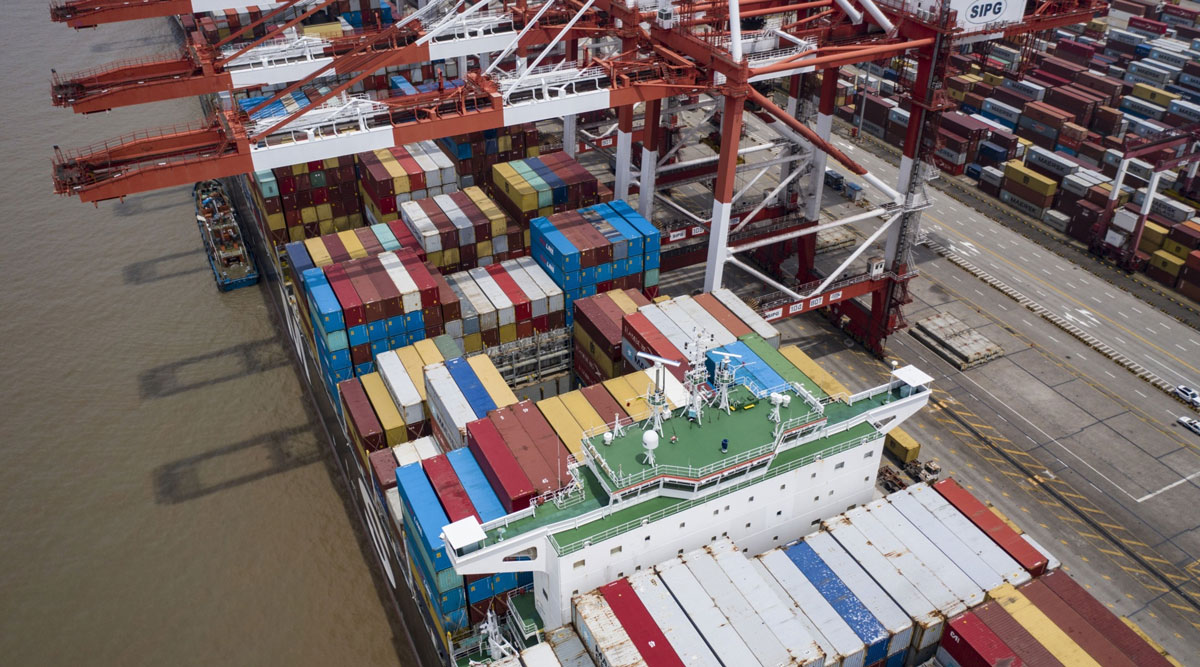 A vessel is docked at the Yangshan Deepwater Port in Shanghai, China, on July 12. (Qilai Shen/Bloomberg News)

Intensive testing of meat, seafood and other products for the coronavirus has tripled customs clearance times at some major Chinese ports, raising concerns the delays could ensnare global trade flows.

It normally takes about three days to clear the produce, but is now taking as long as 10, said an official with Bojun Supply Chain Co., which provides buyers with customs clearance services on foods including frozen products.

China began testing cold food shipments for the virus last month in a move it says is aimed at protecting the public’s health, after imported salmon was singled out as a possible culprit for Beijing’s fresh COVID-19 outbreak in June.

The testing, coupled with large arrivals of cold-storage food, has resulted in congestion at some ports, Li Xingqian, a commerce ministry official, told reporters July 10. Still, the ministry wants to mitigate any impact on trade, he said.

Back in early March, when the virus outbreak in China was at the cusp of exploding into a global pandemic, lockdown measures in the top importer of commodities had led to a dearth of port workers. As a consequence, unloading holdups and delays in returning vessels led to a shortage of containers, with everything from Thai curry to Canadian peas left stuck at ports around the world.

About 227,934 samples have been taken from cold-storage food products by China customs, of which six tested positive for the virus, officials said at the briefing July 10. Domestically, nearly 60,000 food samples have tested negative, they said.

Beijing has manged to control the spread of the virus, and the tests will help to curb another outbreak, said Lin Guofa, a senior analyst at Bric Agriculture Group, a Beijing-based consulting firm. Though China needs more meat, the testing may put off exporters from selling to the Asian nation in case it gets caught up in the process, he said.

“It is definitely taking a longer time to clear customs,” Lin said. Also, now “buyers are not so willing to import any more due to potential risks while exporters may choose not to export because of the strict testing.”