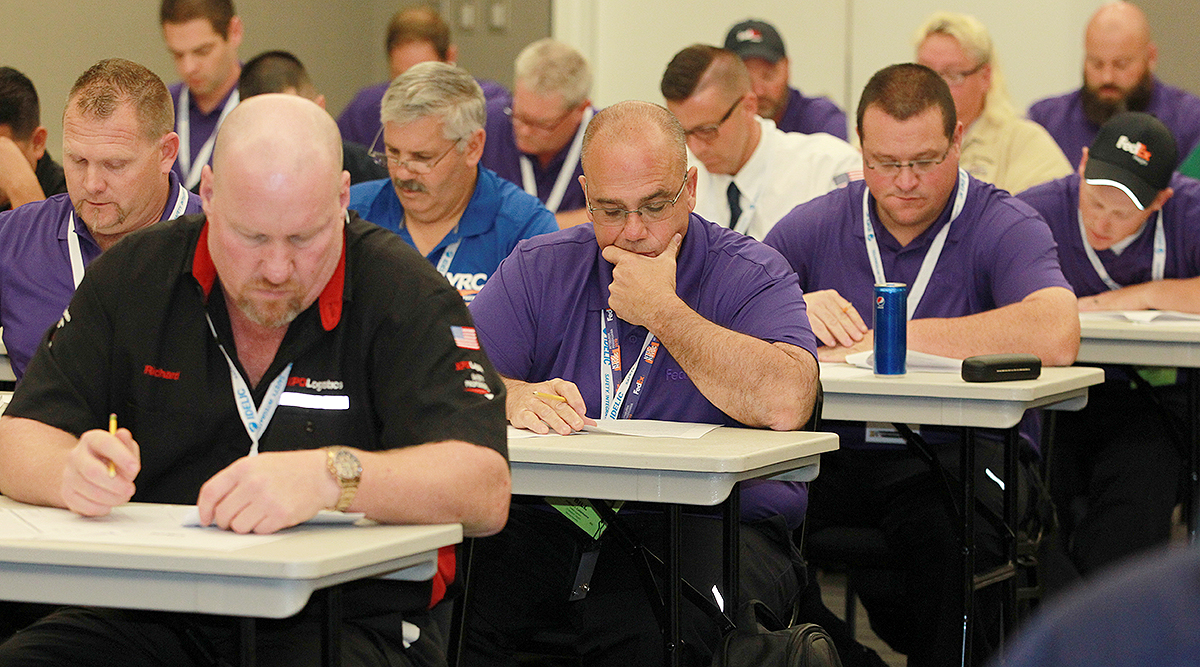 PITTSBURGH — The first competitive leg of the National Truck Driving Championships — the written exam — set the Super Bowl of Safety in motion Aug. 14. 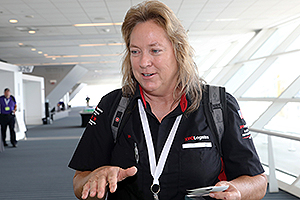 A few drivers reported the written test was relatively easy. Ina Daly, an XPO Logistics driver who is competing in the 5-Axle division, started studying in March and said the exam was easier than usual (this year marks her 14th trip to the national competition). Daly won Grand Champion at Arizona’s truck driving rodeo in April.

However, Daly said she was slightly disappointed that the test was easier because she usually relies on her written exam score to give her a boost over her competitors.

“I was prepared for a lot harder test. That’s usually a strong point for me,” Daly said. “Anybody can have a good day driving, but your backroom scores, you really have to prepare for. I think written actually takes a lot more study time involved.”

Participants also had the opportunity to walk through the skills course that they would be competing on over two days. The skills test challenges drivers with six obstacles, or “problems,” each of which are worth up to 50 points. Drivers can earn different point values based on how precisely they execute a problem. The highest possible score on the skills test is 300 points.

All classes except Twins will back into a dummy loading dock. Twins drivers instead will have to stop their right dolly tires over a designated “drop area.” 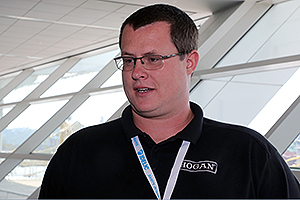 The final obstacle is the floating front stop, which tasks a driver with stopping the bumper directly on top of a scoring zone. Several drivers, including Missouri’s Christopher Morrison of Hogan Transportation Inc. and Kentucky’s Gerald Wrinkle of Walmart Transportation, said they anticipate this problem will be the most difficult.

Arkansas’ Joseph Wash, a FedEx Freight driver competing in the 3-axle class, said the course looked challenging but open, offering drivers plenty of room to maneuver. He said the hardest part of the competition will be climbing into a truck he’s not familiar with. (The event planner intentionally places drivers in equipment they don’t regularly use so as not to give them an advantage.) 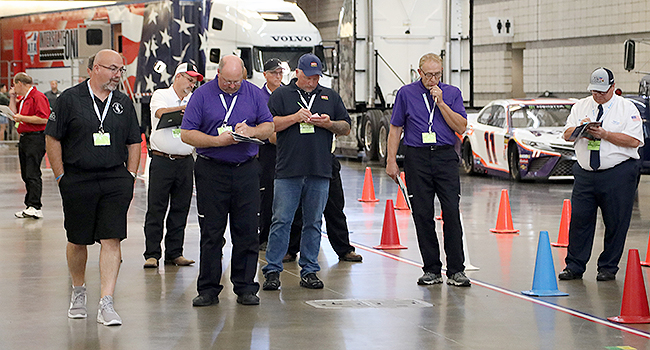 Competitors take a walking tour of the course they'll be competing on Aug. 15 and 16. (John Sommers II for Transport Topics)

“The difficult part is the trucks. You’re in a truck that you’re totally unfamiliar with,” Plevney said. “You only have a limited time to take a look at it and prepare yourself for it.”

Four classes will hit the course for the skills test and pre-trip inspection Aug. 15. The classes competing Aug. 15 are Straight Truck, 5-Axle, Sleeper Berth and Twins. The remaining five will compete Aug. 16.