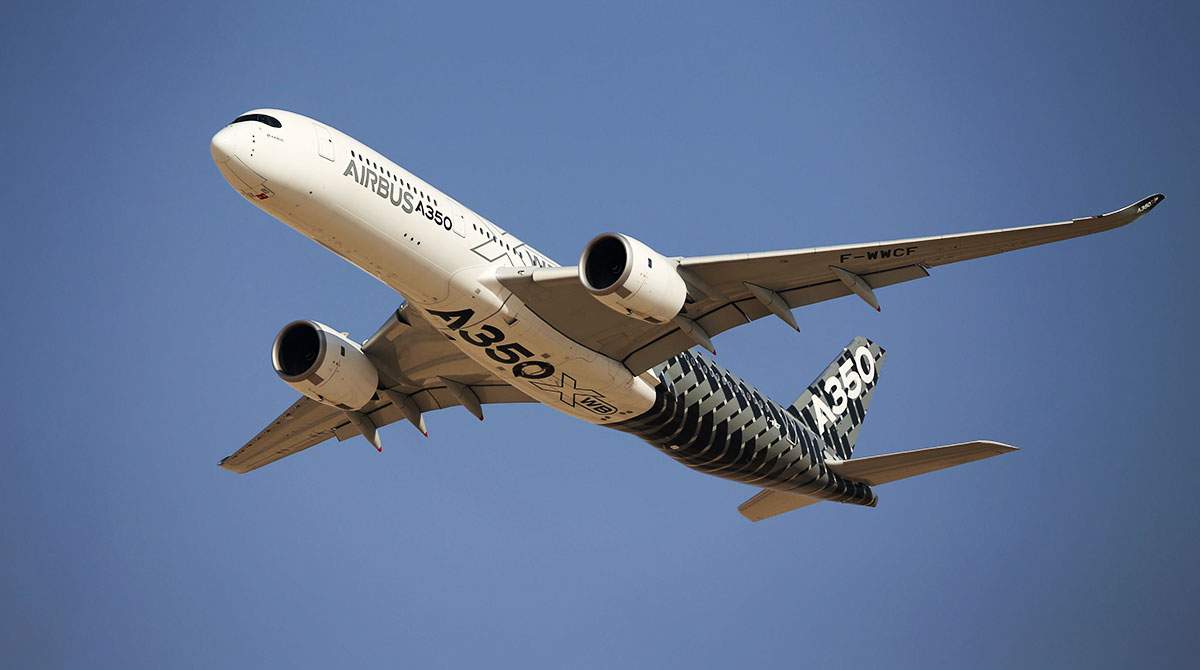 An Airbus A350 freighter. (Jasper Juinen/Bloomberg)

Singapore Airlines Ltd. signed a letter of intent with Airbus SE for seven A350 freighters with an option to take five more as the carrier phases out its aging cargo fleet.

Delivery of the planes will start in the fourth quarter of 2025, Singapore Airlines said in a statement, without providing a dollar amount. The Dec. 15 deal means the nation’s flag carrier won’t need to take 15 A320neos and two A350-900s as planned amid a spike in cargo demand brought on by the pandemic. The agreement will see the A350F begin replacing Singapore Airlines’ existing Boeing Co. 747-400F fleet.

The cost of the A350F is principally based on the European planemaker’s A350-1000 model, which sells for $366.5 million at list price before customary discounts, giving the deal a nominal value of around $2.6 billion.

The order “ensures that we are prudent with our capital expenditure, and adjusts our passenger aircraft order book to give us the flexibility needed to navigate uncertainties in the recovery trajectory,” Singapore Airlines’ CEO Goh Choon Phong said. “The pandemic has underscored the importance of investing in the cargo business, and bolstering the SIA Group’s diverse revenue streams.”

The new order will also help Singapore Airlines meet its target of becoming net zero carbon emissions neutral by 2050 considering the A350Fs burn up to 40% less fuel and provide a longer range than the Boeing 747-400s it’s currently operating, according to the carrier.

Since the pandemic, air cargo has helped airlines generate cash as COVID-19 wiped out travel on the passenger side of the business. Carriers have converted many of their passenger planes to meet freight demand as rates soared. In the two quarters through September, cargo-flown revenue for Singapore Airlines reached a record S$1.88 billion.

Singapore Airlines is the third commitment Airbus has received for its new A350 freighter program. The Dec. 15 announcement follows a deal for seven A350Fs reached with leasing giant Air Lease Corp. at the Dubai Airshow and a separate agreement for four of the wide-body model with French shipping firm CMA CGM Group.

“We are honored by Singapore Airlines’ vote of confidence in the A350F as it renews its freighter fleet,” Airbus Chief Commercial Officer Christian Scherer said. The jet will be powered by Rolls-Royce Trent-XWB97 engines and have a 109-ton payload.

Securing an order from Singapore Airlines, the world’s largest operator of the A350, with 56 aircraft in service across its network — is a boost for Airbus as hopes fade of getting a freighter order from Qatar Airways, the world’s biggest air cargo operator, amid an ongoing spat over A350 surface paint.