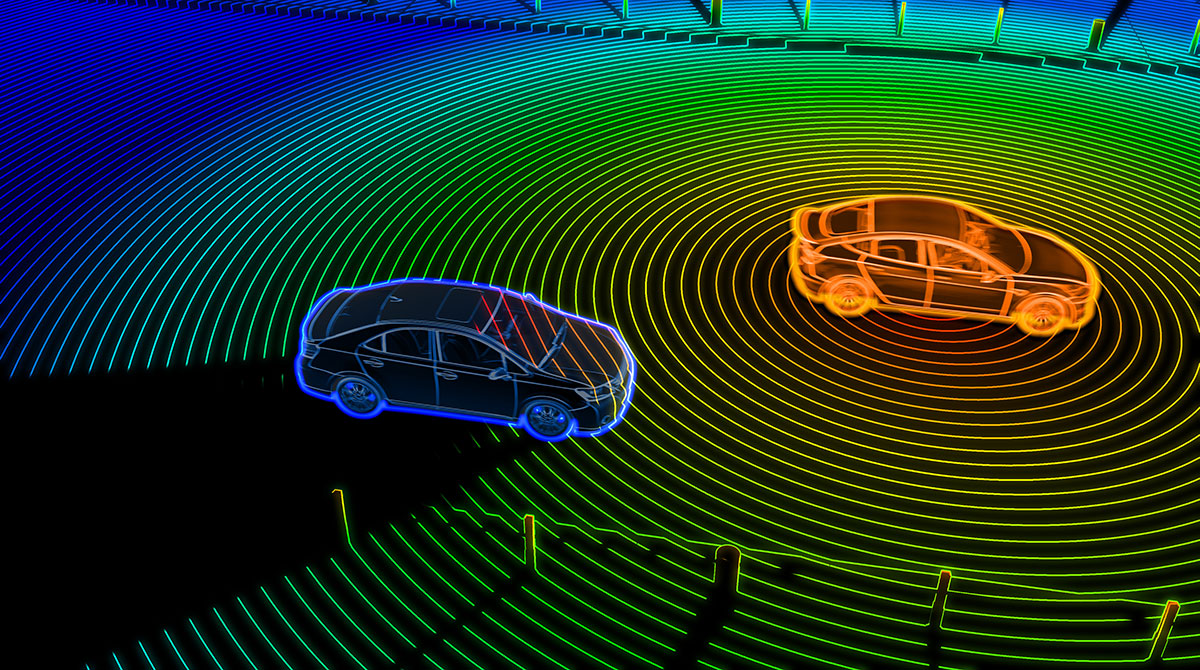 Self-driving cars virtually have made every mistake imaginable inside the office of Applied Intuition. One braked hard to miss a pup that had run into the street, another barely avoided a truck with a blown tire barreling down the freeway. And the second-floor office in Sunnyvale, Calif., where none of the employees wears shoes, isn’t big enough to execute a three-point turn.

Co-founder Peter Ludwig showed off his startup’s product, something he believes dozens of automakers and tech startups trying to perfect autonomous driving will need. An image of a self-driving car appeared on his screen, taking a left turn at an intersection. A stick figure flashed in front—a sudden jaywalker—forcing the car to slam on its brakes.

Ludwig dragged his mouse across the bottom of the screen, reversing the four-second scene, and then he played it out again. 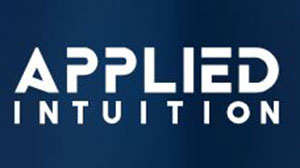 Applied Intuition sells software for the simulation of autonomous driving. By testing on virtual streets, companies can expose robot cars to numerous road conditions and scenarios, and without any of the danger. Without performing elaborate physical experiments, it’s hard to know how a robot would respond to a speeding motorcycle or a small child running into the street.

“You wouldn’t want to test that in the real world,” Ludwig said.

Of course, hundreds of bulky, pricey self-driving cars are in Arizona, California and other states, traveling real roads with very unpredictable conditions. Worries about dangerous mistakes in public make that an expensive pursuit. The companies operating these test vehicles use safety drives and remote operators, which the states permitting testing require, and only drive in regions where they have hyperdetailed maps. Those costs may compel the companies to lean on more virtual miles to improve their tech.

A self-driving simulator works like a video game. There’s an elaborate 3-D world, programmed with millions of different theoretical outcomes, run by tremendous computing horsepower. One plucky former Uber Technologies Inc. engineer, in fact, built a simulator for autonomous vehicles using the classic video game Grand Theft Auto. Applied Intuition’s set of software tools lets customers play out more than 100,000 road scenarios. On Ludwig’s screen, a dashboard measured how each virtual intersection and obstacle affected the car’s speed, acceleration rate and “calculated longitudinal jerk,” a measure of how comfortable the ride would be for passengers.

For the biggest players, simulation often is a homegrown project. Alphabet Inc.’s Waymo says it has run more than 5 billion autonomous miles on Carcraft, its own computer simulation system. Those miles—and the computing heft available to a business that was launched by Google—are a major reason most in the field see Waymo as the autonomous firm to beat. General Motors Co.’s Cruise unit and Uber also have advanced simulation systems.

But many of the automakers and ride-hailing firms entering into autonomy don’t. The pitch from Applied Intuition is that anyone can pay for off-the-shelf simulation software and get an immediate boost. “Everyone is looking up to the gold standard of Waymo,” said Roland Philippsen, a senior engineer with Applied Intuition. “And we’re helping others get there.”

Applied Intuition has raised $11.5 million in initial financing from venture capitalists, joining an expanding list of startups specializing in the sensors, software and supply chain for robots on wheels. These companies collectively have raised an extraordinary amount of money for a technology that so far has demonstrated no free-standing commercial activity, and there’s no guarantee that the industry’s endgame, fully driverless cars, can be achieved.

A recent report in The Information highlighted the quotidian hurdles that persist for Waymo, such as making certain left turns, even though the company is widely seen as the technical leader and has plans to launch a “robotaxi” service in suburban Phoenix later this year. It’s a reminder of how many years of work remain — maybe decades — before the technology is ready.

Don’t tell that to Marc Andreessen. The optimistic tech financier led the Applied Intuition investment and joined its board. Lux Capital, Floodgate Fund and some personal investors, including John Doerr of Kleiner Perkins Caufield & Byers, put money in as well.

“We’re not seeing that at all,” Andreessen said of the potential for lofty self-driving expectations to lead to disappointment. Instead, he compared the current state of the field to the computing industry 50 years ago, a time when there were few viable businesses but an explosion was just around the corner. “We’re somewhere in the 1970s,” he said, comparing that period of computing to the current state of autonomous driving. “This is going to be a giant industry.”

There’s a debate whether simulation is something that the leading companies in self-driving will pay for or simply do themselves. Part of the reason early entrants to self-driving, such as Google and Uber, built their own simulators was because nothing else existed. More recent contenders largely have followed suit. Companies specializing in certain slices of autonomous driving, such as simulation, only will survive if they can prove their service is critical for the commercial applications of the tech, according to Ark Investment Management analyst Tasha Keeney said. “It’s sort of unclear to me if there is a leader in that space or it’s all going in-house,” she said.

Operating each component needed for a self-driving vehicle is costly, and niche software tools, such as simulation, require dozens of expert software engineers, who do not come cheap. Shareholders at major automakers are closely watching investment in autonomous research. Uber, after pouring billions into its stand-alone program, has shifted toward relying on partners.

“All these big autonomous company units are suffering from organizational overhead,” said Drew Gray, a veteran of Uber’s self-driving program, Tesla Inc. and Cruise. “It’s really hard to execute.” He now works for Voyage, a startup operating self-driving vans in retirement communities that pays Applied Intuition to handle its virtual tests. “Building a simulator isn’t a core differentiator,” Gray said. “It seems like the perfect thing to outsource.”

Applied Intuition already is immersed in Silicon Valley’s startup network: Qasar Younis, the other co-founder, served as chief operating officer for Y Combinator, a prominent company incubator. He and Ludwig are veterans of Google’s mapping team. While they recruited from Detroit suppliers such as Bosch and Aptiv, they also pulled heavily from their alma mater, nabbing staff from Google’s robotics team and Waymo. The office has a distinctly Silicon Valley flavor. Engineers type away in a converted restaurant and slip off their shoes at the door to don sandals—a practice Younis picked up from Bosch’s Japan headquarters.

The newcomer has deals with Voyage and Kodiak Robotics Inc., a company formed this year working on autonomous trucks, but declined to identify other customers citing confidentiality agreements. It will have to win contracts with larger companies to survive.

It also will have to compete with traditional suppliers. Firms such as Ansys Inc. and Mentor Graphics, a Siemens AG division, have long sold automotive companies simulation software to design semiconductors and other electric components for vehicles. Both firms are tacking on new products for driver-assistance systems, such as adaptive cruise control, as well as autonomous driving. Electric vehicles will drive demand for these product-design services, said Keeney, whose firm invests in Ansys.

One of Applied Intuitions recent recruits might provide the biggest signal about the direction of the autonomous-driving industry: Matthew Colford, a partner with Andreessen Horowitz who focuses on public policy.

Simulation has taken a more prominent role since last March, when one of Uber’s autonomous test vehicles was involved in a fatal crash in Tempe, Ariz. In the aftermath, skittish investors and nervous lawmakers are going to be far more willing to favor tests of self-driving machines that rack up miles on computers rather than on roads.

Part of Colford’s job is to pitch federal and state regulators on creating a standardized test for simulation — a driving test for computers. Under these policies, companies could only test self-driving cars on streets if they first hit a certain number of miles or scenarios in virtual roads.

“You can’t just show up at the DMV and say, ‘Trust me, I’m a good driver. Give me a license,’ ” Colford said. “There’s going to have to be some external validator.”