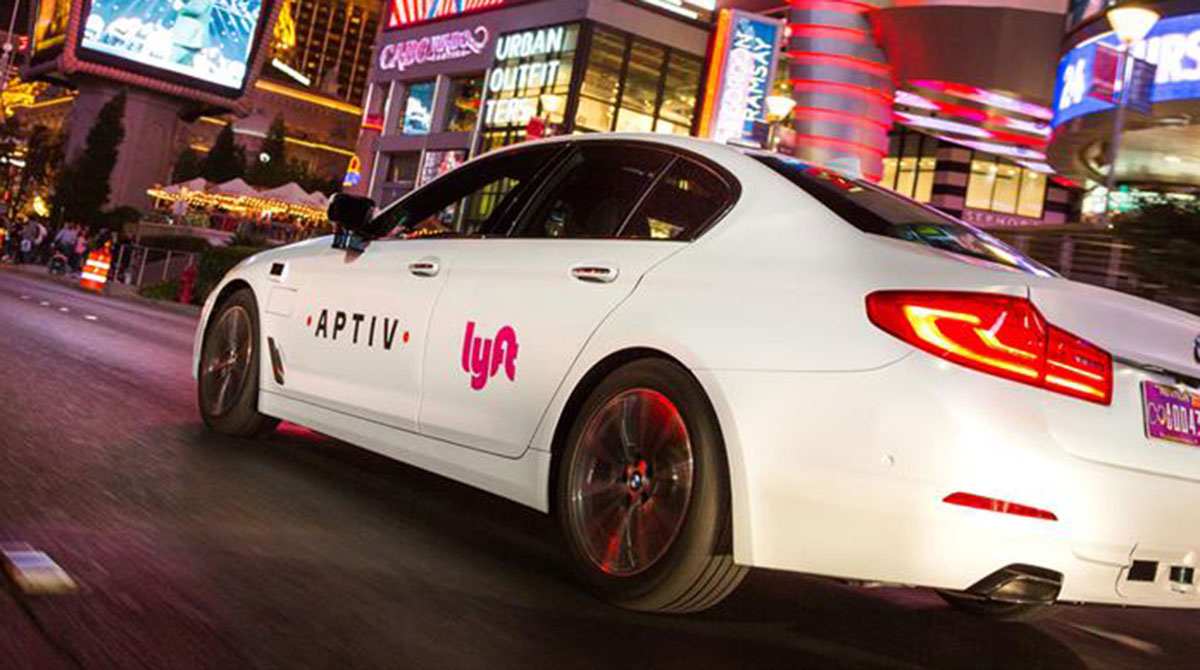 When General Motors Corp. filed for bankruptcy and reorganized in 2009, the makings of a Wall Street darling emerged from the wreckage. Aptiv, which grew out of the parts unit spun off from the iconic automaker, soared to $48 billion in market value earlier this year after transforming into a savvy technology company built for the shift toward electric, autonomous vehicles.

Now, though, the industry is being upended anew in ways that could challenge Aptiv. Carmakers, taking lessons from the chip shortage and the playbook of insurgent rival Tesla Inc., are moving software and engineering tasks in-house. Silicon Valley giants are elbowing into the sector, with the likes of Intel Corp., Qualcomm Inc. and Nvidia Corp. seeing opportunity in cutting-edge vehicles that are essentially giant computers on wheels.

Those forces are reordering the $1.3 trillion auto supply chain, creating openings for newcomers and threatening an entrenched industry pecking order that is dominated by carmakers and their direct, or tier one, suppliers such as Aptiv. At the same time, some automakers, including Ford Motor Co., have been unhappy with Aptiv’s automated-driving software, according to six people familiar with the thinking of those companies’ executives, a potential impediment to its future growth.

In this video, our #engineers tell us how #radars enhance advanced safety while lowering the cost for OEMs. pic.twitter.com/AqmApQ5UEI — Aptiv (@Aptiv) December 21, 2021

“The core question is: who is going to be writing the software” for advanced features like hands-free driving, said Brian Johnson, an auto analyst at Barclays. “Is it chipmakers moving up from hardware? Carmakers developing their own software skills? Or traditional tier one suppliers like Aptiv?”

Aptiv has two major business segments, one focused on hardware and electronics, another on software. The former is something like the nervous system of the car — wires that transmit power and signals through the vehicle like synapses firing off impulses. The latter is like its brain, enabling semi-autonomous driving or creating a digital interface for drivers.

CEO Kevin Clark, who returned to the automotive industry after stints in health care and private equity, has remade the company since he took the top job in 2015. He sheared off slow-growth businesses and completed a string of well-timed acquisitions: telematics to analyze car data, software to enable over-the-air updates and automated-driving startups. This culminated with the spinoff of its engine and transmission business in 2017 and a new name for the remaining company, which was previously known as Delphi Automotive.

Aptiv shares closed at $162 on Dec. 23, roughly seven times its 2011 IPO price. It trades at 36 times blended forward earnings, a multiple that rivals some of the splashiest tech companies and is nearly triple the average of its industry peers. Its rebirth as an enabler of electric, autonomous cars helped it achieved this rich valuation even as sales and profit are only modestly better than when it went public. While Aptiv’s software revenue has grown, it has yet to close the gap from slow-growing businesses it sold off.

The company’s reputation for deft execution has been accompanied by a cutthroat workplace culture, half a dozen former employees say, more reminiscent of the management team’s private equity roots than of their laid-back Silicon Valley competitors in autonomous driving.

Under Clark’s tenure, when a division was at risk of missing growth targets, executives armed themselves with proposals for cost cuts, and braced for a dressing down, according to three former executives. Several people who failed to appease Clark and Massaro in such meetings were terminated, the former executives said. One staffer kept a blood-pressure machine in his office for medical reasons that became a running joke about workplace stress, according to two former employees.

“They were just very good at applying pressure” to people to deliver results, one former executive said of Clark and Massaro. The point was to weed out anyone from the company’s legacy culture, where “everybody was nice to everybody, and not always focused on the bottom line.’’

Former employees’ descriptions of Clark and Massaro are “not an accurate depiction of our leadership or company culture,” said Sarah McKinney, an Aptiv spokeswoman.

Even their sharpest critics concede the two executives have been brilliant at molding Aptiv to meet emerging trends. And as vehicles become more complex, only a select few will be able to deliver the software and hardware car companies need, Clark said.

“The reality is, there are very few suppliers who have the capability to do that today,” Clark said in a December interview.

Clark said his recent spruce-up of Aptiv was only possible because of groundwork laid by his predecessor, Rodney O’Neal. Delphi, spun off from GM in 1999 as a maker of steering wheels and brakes, was trying to emerge from bankruptcy in 2009 when its key customer collapsed under the weight of the financial crisis. It might have been liquidated were it not for O’Neal, who convinced the federal government, GM and creditors that it had a future in electric, connected cars.

To make this feasible, O’Neal had implemented painful cuts: He culled Delphi’s product lines from 119 to 33, closed more than 70 sites, replaced its unionized U.S. workforce with cheaper overseas labor and gutted the pensions of white-collar employees. He also moved its headquarters abroad from Troy, Mich., in a tax inversion that saved the company hundreds of millions of dollars.

Many of the megatrends O’Neal anticipated have taken hold. The question is how much Aptiv — and competitors such as Continental AG, Robert Bosch GmbH and Magna International Inc. — will benefit from them. Carmakers see in-vehicle software as an enticing opportunity for highly profitable sales growth. The goal is to send new features to your car via software update, much like Apple Inc. can do with your iPhone and Tesla already does for its cars. That will allow them to upsell consumers on more offerings without them buying a new car.

This prospect has automakers jockeying to hire engineering talent and has tech titans from Alphabet Inc. to Amazon.com Inc. burrowing into the car. Vehicles are becoming a battlefront as important as the smartphone screen for capturing consumers’ attention — and their data.

Though this tech-centric future is exactly what Aptiv has been girding for, some analysts question whether it can stay competitive in the world of code.

“We think Aptiv’s software strategy has a reasonable chance of success, but there’s also a chance that Aptiv will be relegated to contract manufacturing,” Alexander Potter, an analyst at Piper Sandler, wrote in a Nov. 7 research note. “We trust Aptiv; we don’t always trust Aptiv’s customers.’’

Case in point: Stellantis NV was Aptiv’s biggest customer in 2020. It uses Aptiv’s driver-assistance software to provide features for Jeeps like lane centering and cruise control. Stellantis held an event this month where it touted partners for future self-driving and software services, and Aptiv wasn’t mentioned. When asked about Aptiv’s absence, Stellantis pointed to the automated-driving partners it announced during its presentation, BMW AG and Waymo, the self-driving unit of Google parent Alphabet, and declined further comment. “We have a great relationship with Stellantis and our work with them continues to grow,” McKinney said.

Aptiv has suffered setbacks with its driver-assistance software for other customers, including Ford, according to five people familiar with the matter who asked not to be identified discussing private information about the companies. Ford expanded its relationship with Mobileye last year because it wanted more help with its autonomous program, one of the people said.

“We’re very proud of our work with Ford, but we cannot comment on future customer programs,” said McKinney. A Ford spokesperson said the company doesn’t comment on supplier relationships.

Aptiv does more than write algorithms for driver-assistance features, so even if it were to lose business in that area, it could be buffered by its portfolio of other products. And it’s unlikely automakers will do everything in-house — they’ll still rely on suppliers to contribute pieces of a software puzzle, consultants say.

Aptiv has been so adept at transforming itself, Harvard Business School wrote a case study about it earlier this year. Clark said he’s confident in his company’s competitive position: He’s integrated his software and EV efforts with legacy businesses like wiring, enabling Aptiv to find ways to cut cost and weight — a critical advantage in manufacturing.

Clark, 59, said he isn’t looking to retire any time soon. He routinely carries a blue poker chip — a gift from a corporate-culture mentor to remind him of the blue-chip status Aptiv is trying to achieve as he steers it through industry tumult.

— With assistance from Keith Naughton and Ian King.

Intel Says It Will Buy Tower Semiconductor for $5.4 Billion