In Shift to Electric Buses, China Is Ahead of US 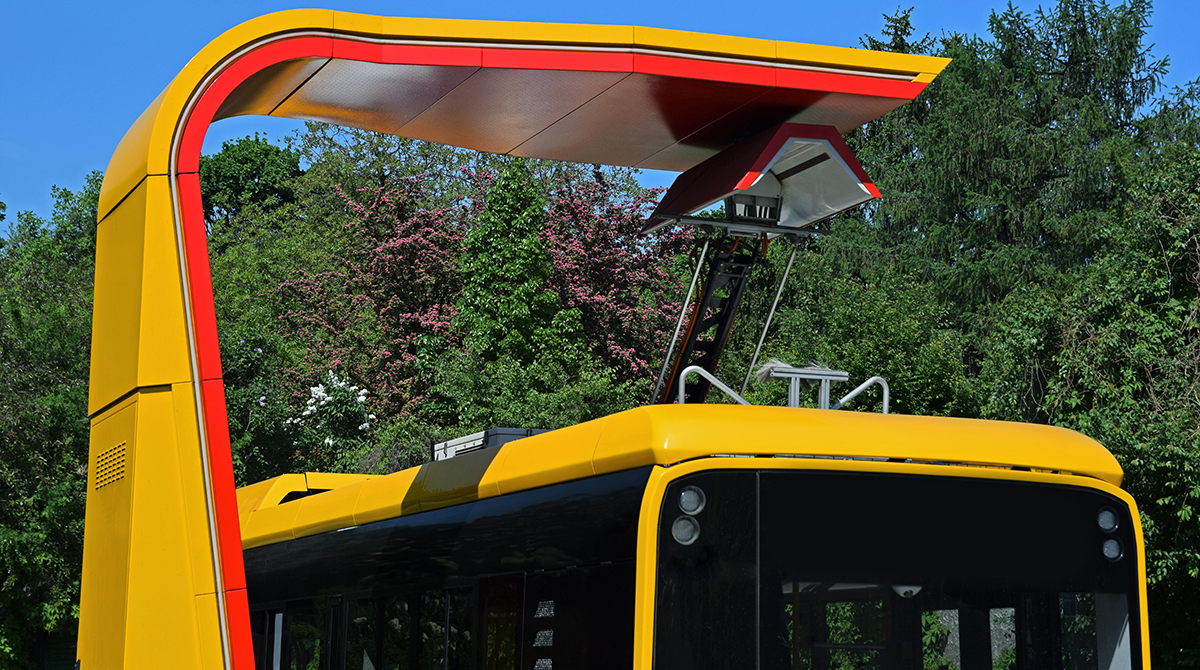 Plodding down DeKalb Avenue in Brooklyn is a bus moving under the power of an eerily quiet motor. It looks newer than most buses on the route, with a vivid digital display facing the driver and doors that part with a futuristic pneumatic swoosh. Commuters trundling aboard at rush hour don’t seem to realize this is one of the few electric buses—300 last year, to be exact—in America.

In China, an electric bus wouldn’t be unusual at all. Out of almost 425,000 e-buses worldwide at the end of last year, some 421,000 were in China. The global e-bus fleet grew about 32% in 2018, according to a Bloomberg report released May 14, with the vast majority hitting the road in China. Europe had only 2,250 electric buses, by Bloomberg’s count.

China’s municipal e-bus fleet is projected to rise to more than 600,000 by 2025, according to Bloomberg, at a time when the United States is expected to have nearly 5,000. “There’s no industrial policy in the U.S. for e-buses,” said Nick Albanese, a New York-based analyst at Bloomberg. “So unless the U.S. manages to become a big exporter of e-buses, China will continue to stand apart.”

China takes a typically top-down approach to its manifest destiny of vehicle electrification: Establish national mandates, subsidize manufacturers and nurture policy competition among its cities. At least one U.S. presidential candidate is pushing for all new buses nationally to be zero emissions by 2030, but today the United States on a federal level is using none of China’s policy tools. The European Union will require some new buses to be emissions-free by 2025; climate-conscious California, meanwhile, will require all new buses to be zero emissions starting in 2029. Bloomberg estimates that 18% of China’s bus fleet already was electrified at the end of last year.

Why do buses matter? They’re big, and they’re in almost constant use compared with passenger cars — and that means hefty greenhouse gas emissions. Bloomberg estimates that 500 barrels of diesel are displaced each day for every 1,000 e-buses on the road.

In our third episode of RoadSigns, we ask: How does AI change trucking's back office? Hear a snippet from host Seth Clevenger, above, and get the full program by going to RoadSigns.TTNews.com.

American cities are just starting to tiptoe into the e-bus market. Of the Metropolitan Transportation Agency’s 5,700 municipal buses in New York, just 10 are fully electric now and 15 more are on the way, according to a spokesman. The biggest city in the United States has been more successful at incorporating hybrid buses, which number 1,700. The agency’s announcement of its initial e-bus rollout came alongside news that it also had ordered 110 new compressed natural gas buses for use in the Bronx and Brooklyn.

The approach for many U.S. municipalities is to consider e-buses only when existing vehicles reach the end of their useful lives. An average bus lasts about 12 years, according to Bloomberg’s Albanese, and so only about 5,000 new buses are added across the United States each year.

By 2030, e-buses should be cheaper upfront in most countries, according to Bloomberg. For now, however, cost can be a deterrent. E-buses are cheaper to maintain than diesel models, but many U.S. transit agencies have separate budgets for acquisition and maintenance. California-based e-bus manufacturer Proterra Inc. is trying to address this issue with a battery-leasing program meant to lower upfront costs and enable transit agencies to tap their maintenance budgets for batteries, just as they would for diesel fuel.

The strongest hope for the United States to catch up to China in e-buses comes from its strength in technology. North America already is home to multiple electric-bus manufacturers focused on winning domestic orders. By the time electric buses reach cost competitiveness, these companies could have an edge of their own. The e-bus race won’t be settled on scale alone.

“While Chinese companies get more support, the best electric vehicles have been engineered and manufactured by American companies,” said Ryan Popple, CEO at Proterra and a former executive at Tesla Inc. “I like that matchup.”

So far, China enjoys most of the advantages. It “single-handedly” created the global e-bus market, Albanese said, and its centralized government can implement strong policies with speed. China also is home to some of the world’s biggest battery makers, giving domestic bus manufacturers easy access to the costliest component of electric vehicles.

China in 2009 began prioritizing the electrification of its public-transit system, part of its strategy for dealing with widespread urbanization while reducing fossil-fuel imports. That set in motion a series of comprehensive policies, regulations and subsidies that birthed a new industry. A decade later, the results are tangible: China is by far the world’s single biggest market for electric vehicles of all types, and Shenzhen is the global leader in e-buses, followed by Beijing, Shanghai, and Hangzhou.

These factors have most benefited BYD Co., which evolved from a manufacturer of batteries for brick-size cellphones and digital cameras in the 1990s into a colossus that sells as many as 30,000 electric vehicles or plug-in hybrids every month in China. BYD buses are used in about 300 cities globally, Chairman Wang Chuanfu said in an interview, and the company is aiming to double bus sales in Europe every year for the next three years. BYD’s hometown of Shenzhen alone has about 16,000 e-buses, according to Bloomberg.

#BYD has deployed over 50,000 battery-electric buses across the globe!

According to the @USDOT’s research, operating 50,000 buses eliminates:

China’s strategy is complete electrification of its bus fleet. “It’s not like the approach taken by other countries, to only buy electric buses as additions,” Wang said.

The newness of China’s cities — without entrenched bureaucracies that may resist change — also is an edge. “You don’t run into incumbent bias when you’re building out a new fleet,” Popple said. Plus, emerging Chinese cities are building transit routes with blank slates, Albanese notes, while many U.S. transit agencies face the prospect of integrating vehicles with charging requirements into established lines.

“In the West, it’s quite the opposite. The subsidies are primarily to private vehicles, not public transportation,” BYD’s Wang said. “We propose to governments that they need to learn from China’s example of a staged transition.”

With assistance from Matthew Campbell, Ying Tian and Samuel Dodge.