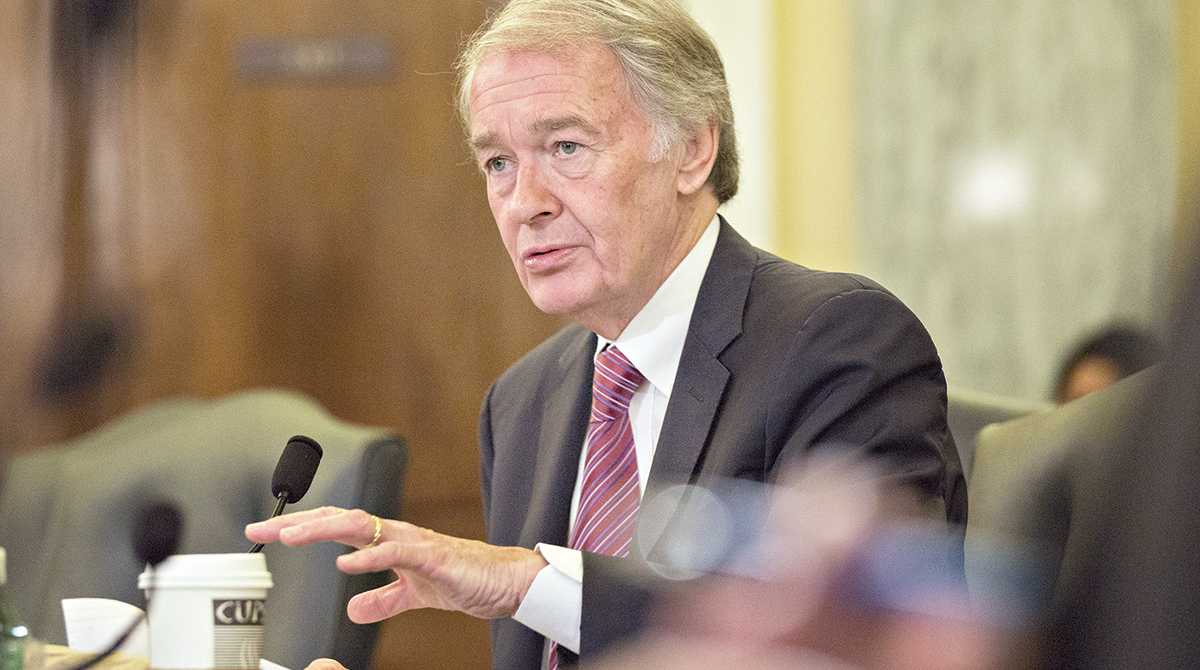 Markey speaks at a past Senate hearing. (Andrew Harrer/Bloomberg News)

A pair of Democratic U.S. senators demanded answers Feb. 8 from Tesla Inc. about a feature of its so-called Full Self-Driving system that permitted its vehicles to slowly roll through intersections without stopping as well as complaints about cars that suddenly brake at high speeds.

Tesla software rolled out to some consumers last fall gave drivers the option of choosing an “assertive” mode in the driver-assist function that sends the vehicle rolling through all-way stop intersections at low speeds if no other cars or pedestrians were present. After questions from the National Highway Traffic Safety Administration, the company agreed to disable the feature with an over-the-air recall.

Meanwhile, the agency said last week it is reviewing complaints about Teslas that suddenly brake at high speeds, a phenomenon known as a “phantom braking.”

Sens. Richard Blumenthal (D-Conn.) and Ed Markey (D-Mass.) said they have “significant concerns” over Tesla’s use of the technology in cars that are being operated on public roads.

“While advanced driver assistance and automated driving systems have the potential to improve safety, they must be implemented responsibly and comply with existing traffic laws,” the senators wrote to Tesla CEO Elon Musk. “When these systems do not meet these essential requirements, they put all of those who use our roads at risk of injury or death.”

Tesla, which has disbanded its media relations department, did not respond to a request for comment.

“Tesla should not design and implement features for its cars that do not follow the rules of the road,” the lawmakers wrote.

Blumenthal and Markey gave Tesla until Feb. 22 to answer six questions about its latest software issues.

Tesla Dodges Nickel Crisis With Secret Deal to Get Supplies