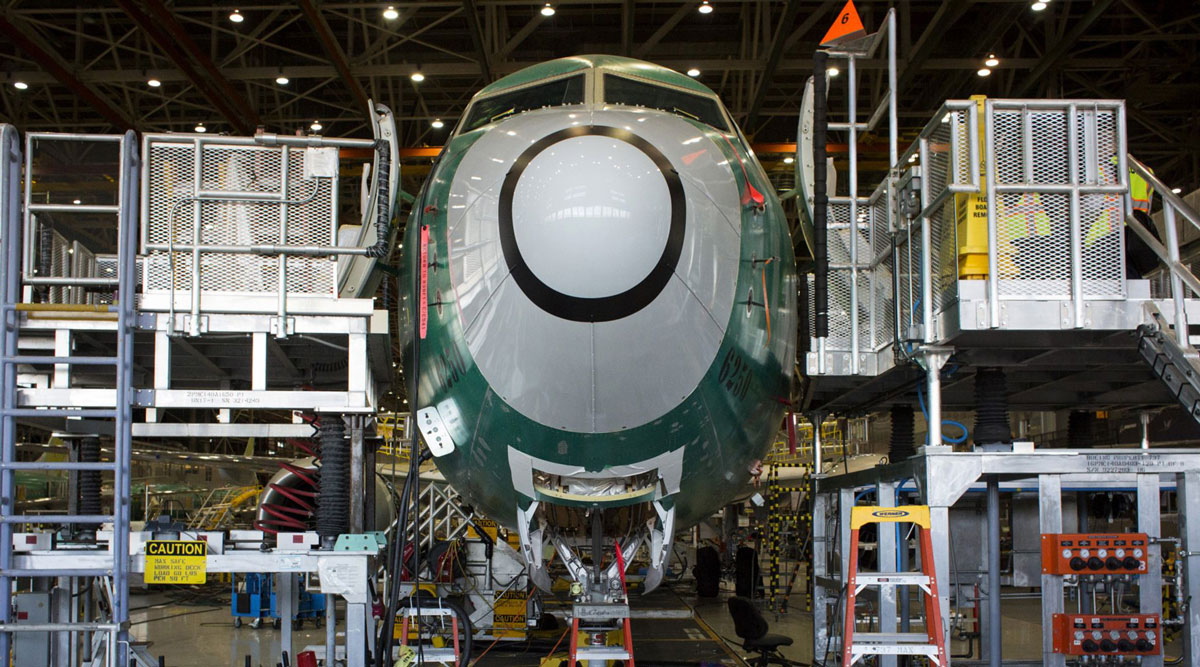 The nose of a Boeing 737 Max 9 jetliner sits during production at the company's manufacturing facility in Renton, Wash., in 2017. (David Ryder/Bloomberg News)

A Senate committee chairman sharply criticized the Federal Aviation Administration on June 17 for what he alleged were repeated failures to respond to a committee’s investigation into two crashes of Boeing Co.’s 737 Max.

Sen. Roger Wicker, the Republican head of the Senate Commerce Committee, accused the FAA of delaying interviews with its employees and failing to turn over documents as he opened a hearing at which the agency’s chief, Steve Dickson, was called to testify.

After more than a year of what he called a failure to respond to the committee’s investigation into whistle-blower complaints, Wicker said the agency had “deliberately attempted to keep us in the dark.”

“It is hard not to characterize a relationship during this entire process as being adversarial on the part of the FAA,” the Mississippi lawmaker said. “Mr. Dickson, I hold you responsible for this.” 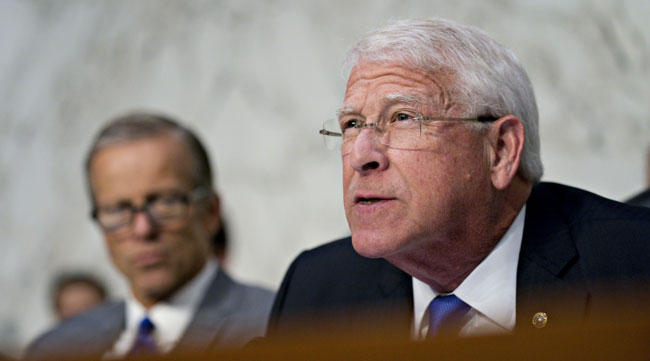 Dickson pushed back on Wicker’s criticisms and said the FAA has provided responses to several requests by the committee. He also said some of the panel’s requests overlap with information sought by other investigations including those by the Transportation Department’s Inspector General and the National Transportation Safety Board, and he did not want to prejudice the outcomes of those probes.

“I believe it’s inaccurate to portray the agency as unresponsive,” Dickson told the committee, later adding “we are going to redouble our efforts. I hear your frustration and that’s not OK with me.”

Dickson, in prepared testimony submitted to the committee, said that the FAA has already begun revising how it oversees aircraft manufacturers following a pair of Max crashes and welcomes input from lawmakers.

Dickson also said he has instructed agency employees that there is no deadline to return the grounded jet to service and that they must ensure it is safe, according to testimony released by the agency.

“We believe that transparency, open and honest communication, and our willingness to improve our systems and processes are the keys to restoring public trust in the FAA and in the safety of the 737 Max when it is returned to service,” Dickson said in his prepared remarks.

Michael Stumo, whose daughter Samya died in one of the Max crashes last year, will also testify at the hearing.

A bipartisan bill that would require FAA to take more authority overseeing planemakers such as Boeing was released on June 16 by committee leaders.