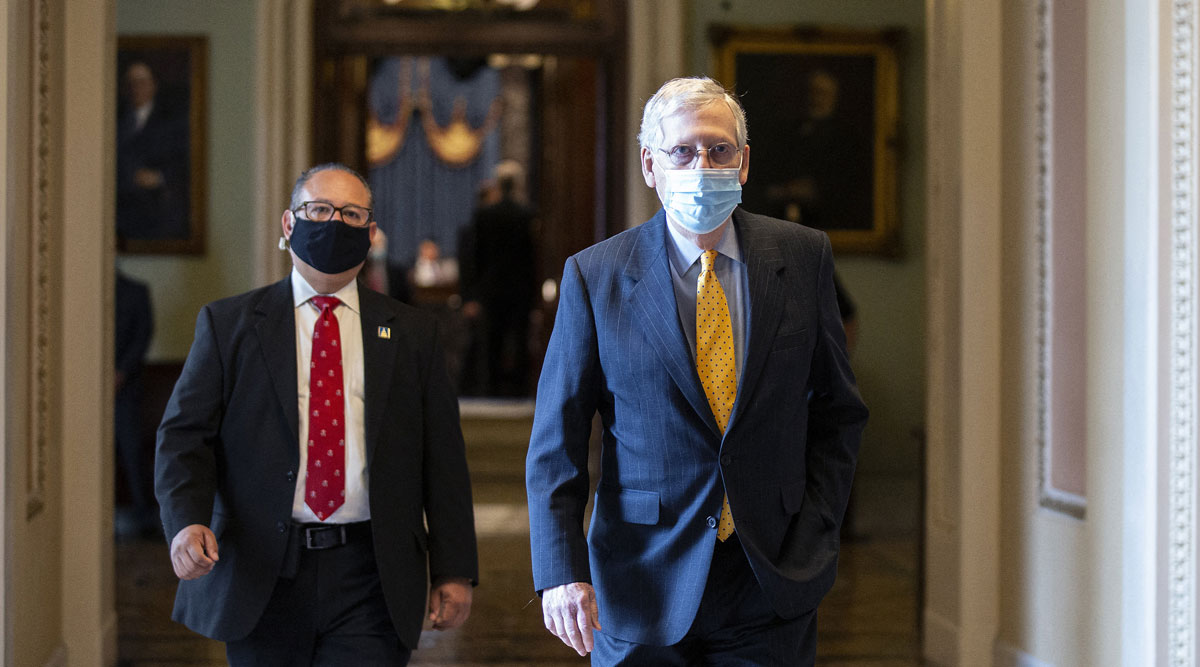 Senate Majority Leader Mitch McConnell walks to his office at the U.S. Capitol on May 21. (Stefani Reynolds/CNP/Abaca Press/TNS)

Senate Majority Leader Mitch McConnell will attempt to expedite approval of changes to the popular Paycheck Protection Program aimed at giving small businesses more flexibility in using the money from the fund, according to Senate aides.

McConnell is seeking to move the bill, passed by the House last week, by unanimous consent in the Senate if no senators raise objections to a notice to lawmakers, according to the aides.

The bill would extend the eight-week period when proceeds must be spent for loans to be forgiven to 24 weeks or until the end of the year, whichever comes first. Businesses would also have up to five years, instead of two years, to repay any money owed on a loan and could use a greater percentage of proceeds on rent and other approved nonpayroll expenses.

The eight-week period began expiring May 29 for the first loan recipients after the Small Business Administration program opened April 3. Businesses, especially in the restaurant and hospitality industry, that are only recently getting the green light to reopen say they need more time to distribute pay.

Senate Small Business Chairman Marco Rubio, a Florida Republican, said in a statement last week that some provisions in the House bill “could create an unintended disincentive to rehiring and create new and serious burdens for PPP borrowers in terms of forgiveness.”

He said he will work to ensure that “necessary changes to increase flexibility do not inadvertently harm business owners and employees in the process.” Rubio had asked the Treasury Department whether it could address the problems during implementation of the bill.

The House bill, H.R. 7010, would lower to 60% the current requirement that 75% of a loan be used on payroll. Restaurants and other small businesses have said they want flexibility to spend more on overhead expenses, especially in high-rent areas.