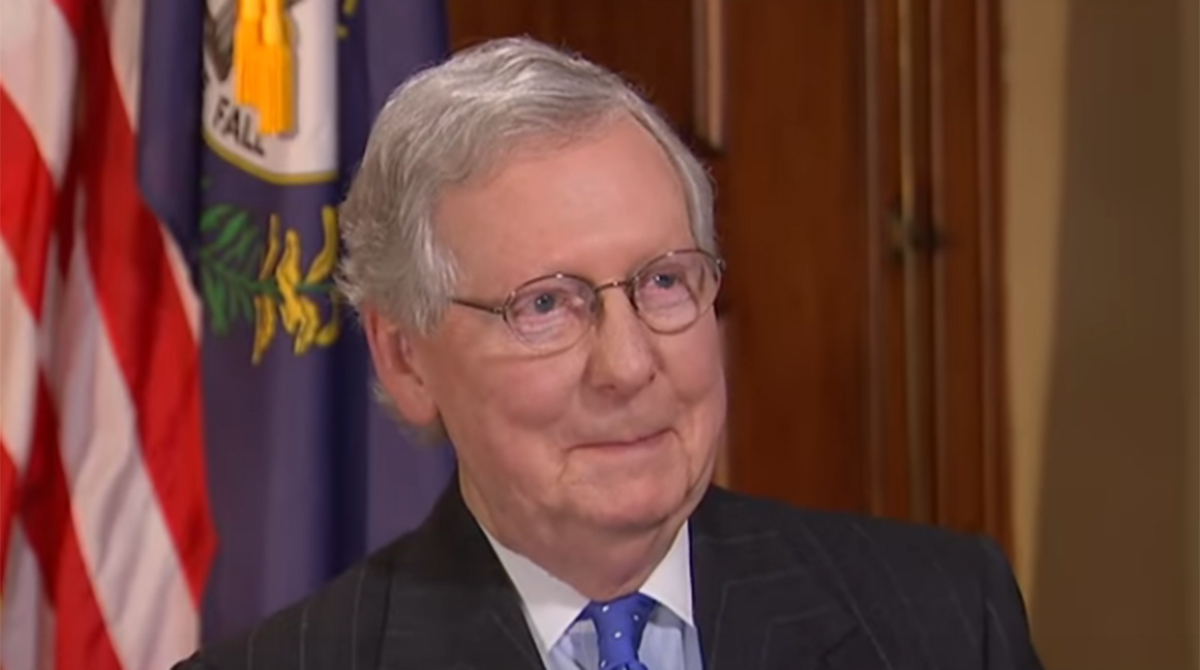 Bipartisan support for infrastructure reform increases the chances for the Senate to take up a transportation bill next year, Majority Leader Mitch McConnell (R-Ky.) said Dec. 21.

“I hope we can go forward with infrastructure,” McConnell told Mike Allen of Axios at an event the news outlet hosted in Washington. “I think there is a lot of interest in infrastructure.”

The recent passage of a tax overhaul has open up room in the Senate and the House for legislating a multiyear infrastructure funding plan. Republican transportation leaders have said they will await the Trump White House’s plan.

Thank you @mikeallen and @axios for inviting me to speak this morning. #TaxReform is a major accomplishment for Congress, @POTUS, but more importantly for the American people. pic.twitter.com/2M8xgjaCSm

“President Trump has made fixing our nation’s roads, bridges and rails a top priority,” Sen. John Barrasso (R-Wyo.), chairman of the Environment and Public Works Committee, said recently. “In January, the administration will outline its broad vision for infrastructure.”

White House officials said they will reveal the long-awaited Trump infrastructure proposal, which is likely to propose $200 billion in federal funds meant to motivate private sector investments over 10 years.

Democrats in the Senate already unveiled a $1 trillion, taxpayer-funded infrastructure plan at the start of the year, which was ignored by their GOP colleagues.