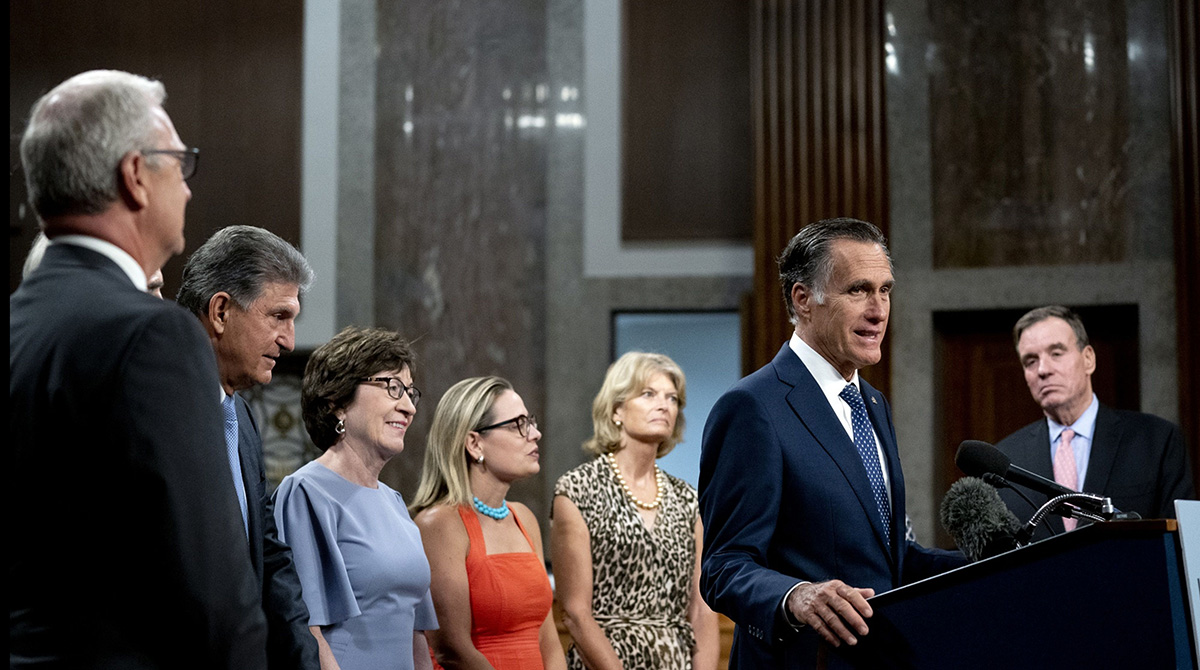 A vote in the U.S. Senate to launch debate on a comprehensive infrastructure bill and the passage of fiscal 2022 transportation funding in the House of Representatives coalesced to create an unofficial “infrastructure week” spearheaded by congressional funding proponents and the Biden White House.

Sixty-seven senators on July 28 voted to kick off debate on a $1 trillion infrastructure policy package, with 17 Republican senators joining the Democratic majority in affirming the procedural vote. The Senate’s move sets the stage in the chamber for consideration of the bill. A vote on passage has yet to be scheduled.

Nearly half of the measure would constitute new funding for big-picture transportation programs. Utah Sen. Mitt Romney, among the Republicans who supported the legislation, said the vote “represents the way that Washington should work and the way America expects us to work.”

Last month, the President announced a historic bipartisan deal to repair our nation’s infrastructure. Today, the President and key Senators reached a deal on the details of the package. pic.twitter.com/QoZVMKy0qg — The White House (@WhiteHouse) July 28, 2021

Romney added, “I’m proud to have helped negotiate this bill, which includes funding that will help Utah rebuild its roads, mitigate drought conditions, fulfill critical water needs and prepare for and respond to wildfires.”

“When I began negotiations with President [Joe] Biden, I have been and continue to be committed to improving our nation’s infrastructure, which will boost economic growth and create jobs,” said Capito, the ranking member of the Senate highways committee.

The White House also explained the legislation would be financed partly via redirecting unspent federal COVID-19 relief aid, certain corporate user fees, enhanced tax enforcement and other methods. A full view of the measure’s details was yet to be unveiled by the bill’s sponsors.

“We are emerging from this pandemic with an economy that is back from the brink. We are seeing the fastest job growth on record. We are experiencing the fastest economic growth in nearly four decades,” said Biden of the Senate’s infrastructure package. “Everyone from unions to business leaders and economists left, right and center believe the public investments in this deal will mean more jobs, higher productivity and higher growth for our economy over the long term.”

“Americans, and the hardworking men and women who carry this economy on trucks, have waited long enough for Washington to act on our decaying infrastructure. We cheer this bipartisan breakthrough and hope it helps elected officials find more areas where they can work together to actually get things done,” said Spear.

Washington has talked about doing this for as long as I can remember. Now it’s time for action.

“We recognize this long-sought agreement is a crucial demonstration of the solid bipartisan support for infrastructure investment including roads, bridges, public transit, passenger rail, ports, airports, safety and resilience, as well as broadband, water and energy systems,” said Jim Tymon, executive director of the American Association of State Highway and Transportation Officials.

On the House side, a fiscal 2022 transportation funding measure won approval on July 29. The bill will dedicate $84.1 billion in discretionary spending for the U.S. Department of Transportation and related infrastructure programs. It represents an additional $8.7 billion — a more than an 11% increase — from the fiscal 2021 level.

Specific to trucking, the legislation allocates to the Federal Motor Carrier Safety Administration a $379.5 million operations budget and $506.2 million for safety grants.

Appropriations Committee Chairwoman Rosa DeLauro (D-Conn.) touted the measure. “Our transformative and historic funding increases will create good-paying jobs, grow opportunity for the middle class and small businesses and provide a lifeline for working families and the vulnerable,” she said.

The Senate has not approved its fiscal 2022 transportation funding legislation. Funding authority for the current fiscal year expires Oct. 1.