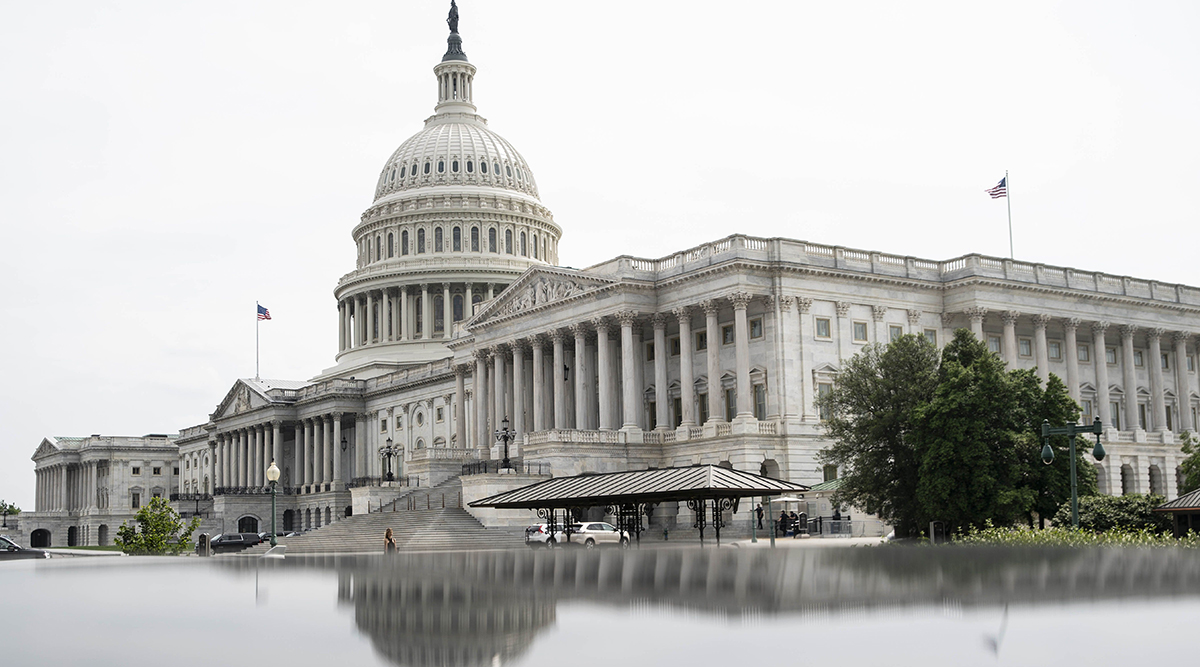 Prospects for a bipartisan deal on the biggest infrastructure package in decades improved on June 16 as 21 senators, including 11 Republicans, signed onto a bipartisan framework for a $579 billion package.

Such legislation would still need support from nearly all 50 Democrats in the chamber unless more Republicans sign on, and it includes a funding mechanism — indexing the national gasoline tax to inflation — that the White House has opposed.

There are a “lot of preconditions” from Republicans and Democrats both, so getting an overall deal “will be a challenge,” Democratic Sen. Mark Warner of Virginia, a member of the negotiating group, said after a meeting with White House officials to discuss the latest outline of a compromise.

The plan is still being written and would be weeks if not months away from being enacted even if agreed on.

Even so, the June 16 developments showcased a turnaround from the start of last week, when President Joe Biden ended direct talks with a Republican group of senators without agreement.

Senators backing the proposal released a statement throwing their support behind “this bipartisan framework that provides an historic investment in our nation’s core infrastructure needs without raising taxes.”

Having at least 10 Republicans would get the bill past the 60-vote threshold for regular-order legislation with full Democratic backing.

The group includes Sens. Joe Manchin of West Virginia and Kyrsten Sinema of Arizona, who are considered crucial Democratic votes. Republican Sens. Todd Young of Indiana and Lindsey Graham of South Carolina were among the Republican backers.

The plan was put together by a smaller bipartisan group led by Sinema and Republican Rob Portman of Ohio.

Biden told reporters traveling with him in Geneva that his chief of staff, Ron Klain, thinks “there may be some room” for a deal, though he himself hadn’t seen it. The president was set to get briefed on the plan June 17 after his return from the overseas trip.

The Senate group’s efforts come as Senate Majority Leader Chuck Schumer continues with what he calls his “two tracks” strategy for a second, larger package that would incorporate Biden’s larger agenda using a budget process that would skirt a Republican filibuster.

Senate Budget Committee Chairman Bernie Sanders told reporters that he is seeking a $6 trillion plan that would include Biden’s jobs and family proposals as well as other items like expanding Medicare, including lowering the age, and reining in prescription drug prices.

Some of the specifics in the bipartisan proposal are still in flux. Sen. Jeanne Shaheen, a New Hampshire Democrat, said that some details, like whether to index the federal gasoline tax to inflation, are “fluid” in the wake of an objection to the idea from the White House, which called it a tax increase on the poor and middle class.

Young said that the White House is planning to offer a proposal to replace the $30 billion in revenue from indexing the gas tax and that a proposal for fees for electric vehicles also may be removed from the plan due to Democratic objections.

Bill Cassidy, a Louisiana Republican, who was part of the group that drew up the proposal, said that any alternative funding source is subject to discussion with the White House and others outside the group.

An outline of the plan, first reported by Politico and obtained by Bloomberg News, proposes increases in customs user fees and direct payment of municipal bonds as financing sources for new spending.

The plan would devote $110 billion to roads and bridges; $66 billion to passenger and freight rail; and $15 billion to electric vehicles and buses. It says the gas tax indexing idea remains in the plan until the White House presents an alternative.

A White House official said that the draft outline did not reflect details that were presented to the White House team by group Democrats the night of June 15, an indication further changes were in the offing.

The bonds proposal would likely unleash a wave of debt sales in the municipal market by reviving a tool used after the 2008 recession, known as Build America Bonds. Issuers sold more than $180 billion of the securities before the program lapsed at the end of 2010, according to data compiled by Bloomberg.

By providing a federal subsidy to help cover interest costs on debt, direct-pay bonds can reduce borrowing costs for municipalities. Proposals to revive them have received bipartisan support this year.

Angus King, a Maine Independent, has also signed on

Build America Bonds were a taxable alternative to traditional tax-exempt bonds, which both took the pressure off the municipal-debt market and allowed underwriters to market them to overseas investors and others who don’t typically buy state and local government debt.

Warner said after the meeting with White House officials that it was clear to him there will have to be a follow-on reconciliation package — but said he disagrees with some of Biden’s longer-term proposals, pointing to the need for intraparty negotiations on such a bill.