Senate GOP to Focus on Schools, Jobs in COVID-19 Stimulus 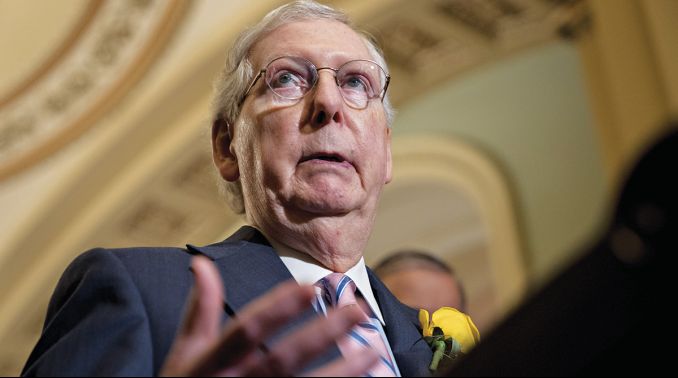 The U.S. Senate’s next round of stimulus funding related to the coronavirus pandemic is likely to assist with education and boost the workforce, the chamber’s leader indicated recently.

“Kids in school, jobs and health care are likely to be the focus of the bill I’ll be laying out probably next week,” Senate Majority Leader Mitch McConnell (R-Ky.) told constituents in his home state.

Another relief measure would be seen as an infusion for industries and sectors struggling during the ongoing economic crisis. The Senate’s measure is expected to surpass $1 trillion. A House-passed version would provide about $3 trillion. Both chambers are scheduled to resume legislative work the week of July 20. They take off again for the traditional August recess.

Congressional lawmakers are being pressured to act on another COVID-19 economic stimulus package by state leaders, freight and passenger transportation stakeholders, as well as the health care industry and millions of out-of-work individuals.

“Without federal dollars to cover the massive costs of [personal protective equipment], barriers, cleaning supplies and more, local school budgets across upstate New York would be crushed, local taxes could rise, and some schools might simply stay closed — and we do not want that,” Senate Minority Leader Chuck Schumer (D-N.Y.) said July 15. “That’s why we need to take action in ‘COVID-4’ and commit $175 billion to the goal of safely reopening K-12 schools for all,” he added, referencing the fourth federal emergency aid package in response to the pandemic. 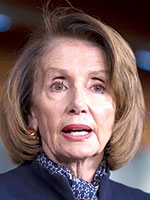 House Speaker Nancy Pelosi (D-Calif.) has been urging her Senate counterparts to advance an aid package that would include unemployment benefits and aid for schools and medical workers. Her $3 trillion emergency package approved several weeks ago is designed to increase aid for agencies responding to the pandemic. The bill also would provide $15 billion for highway programs.

“That security, that stimulus to our economy is very important with unemployment insurance expiring at the end of July,” the speaker said recently. “When we are opening the schools, we have to understand how we are going to feed the children if they’re learning — if they have distance learning. How we’re going to have equipment for them to engage in distance learning if we haven’t taken the steps necessary, in a safe way, to open up the schools.”

The White House has signaled it would support another round of stimulus.

Meanwhile, stakeholders across the infrastructure landscape continue to press Congress for financial assistance. Led by the National Association of Manufacturers, more than 100 groups wrote to House and Senate leaders calling for long-term funding for maintenance projects.

“Even before the crisis, America desperately needed robust infrastructure investments. Now, building a 21st-century infrastructure system will not only provide urgently needed jobs but also lay the foundation for a more competitive economy. Congressional action is necessary to address the revenue shortfalls facing state transportation departments due to unexpected decreases in road travel,” wrote the groups, which included the Association of Equipment Manufacturers and the National Association of Trailer Manufacturers. They added, “Forward-looking, long-term investments in all kinds of infrastructure are needed to renew and expand our economy, grow jobs and compete globally. Acting now to invest in our nation’s infrastructure will avoid interruption to ongoing projects and empower state officials and the private sector to proceed with planning new, bold infrastructure projects across the country.”

American Trucking Associations has advocated for establishing a fund that would generate $340 billion in about a decade by relying on a 20-cents-per-gallon fee on motor fuels collected at the wholesale rack, phased in over four years. ATA Executive Vice President of Advocacy Bill Sullivan captured the mood: “This has been an economic crisis affecting every corner of the industry, including trucking.”