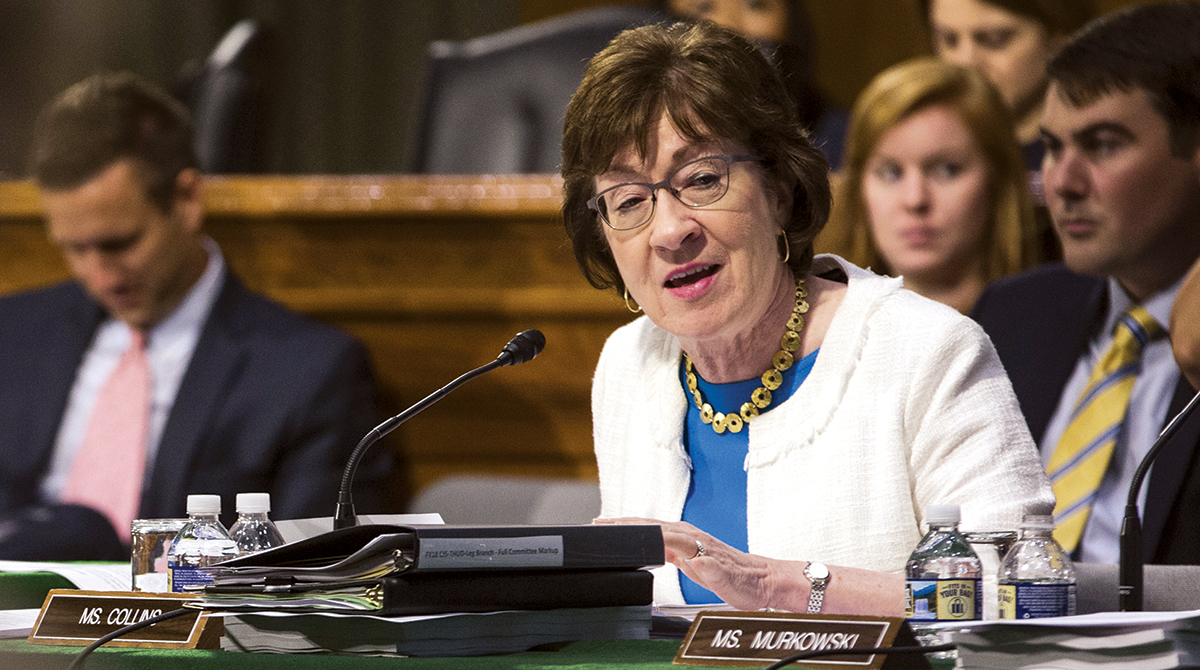 Sen. Susan Collins, a moderate Republican with vast influence over transportation funding affairs, announced her intention not to pursue the governor’s mansion in her home state of Maine.

Collins’ highly anticipated announcement on Oct. 13, during a breakfast with constituents, helped to ensure the freight sector continues to have an ally on policy concerns surrounding safety and efficiency. Collins recently led the effort to reform hours-of-service policy for truck drivers.

“I want to continue to play a key role in advancing policies that strengthen our economy, help our hard-working families, improve our health care system and bring peace and stability to a violent and troubled world,” Collins said in a statement delivered at the Penobscot Bay Regional Chamber of Commerce.

Her moderate approach to governing over the years has elevated her status as a swing vote on key policy decisions. She recently objected to how her party sought to repeal and replace former President Barack Obama’s signature health care law, the Affordable Care Act. Her votes against the health care policy reform put her at odds with Senate Majority Leader Mitch McConnell (R-Ky.) as well as President Donald Trump, who has criticized various Republican senators displaying moderate views on social media.

As Republican leaders navigate proposals aimed at reforming the tax code, Collins acknowledged a simpler tax process could benefit constituents. “I don’t think there’s a single American who thinks the tax code is fair or simple, or helps to promote job creation. And that should be our goals,” she said on the ABC News program “This Week” on Oct. 15.

In her role as chairwoman of the Transportation and Housing and Urban Development, and Related Agencies Appropriations Subcommittee, Collins has advocated for increasing funding for big-ticket infrastructure projects across urban and rural communities. She also recently supported increases to the Transportation Investment Generating Economic Recovery, or TIGER, infrastructure grants.

For fiscal 2018, her panel rejected the Trump White House’s proposal to eliminate funding for the grants by proposing $550 million.

“This bipartisan bill is the product of considerable negotiation and compromise and makes the necessary investments in our nation’s infrastructure,” Collins said in July after the subcommittee approved a fiscal 2018 funding bill that would boost TIGER funds. She justified her panel’s move by noting that last year, the U.S. Department of Transportation had received nearly 600 applicants requesting nearly $9.3 billion in assistance for infrastructure projects. Of that, 40 applications were awarded funding.

Throughout her Senate career, Collins has remained an advocate for highway safety who applied a “common-sense” approach to policy debates, Brian Parke, president and CEO of the Maine Motor Transport Association, told Transport Topics on Oct. 13.

“While we are confident Maine would have benefited from her strong leadership as governor, her experience and reputation make her an invaluable advocate in Congress for our great state,” Parke said, adding, “The [association] is pleased she has decided to continue her distinguished service in the U.S. Senate and we look forward to continuing to work with her on issues important to the Maine trucking industry.”

Aside from the Appropriations panel, Collins is a member of the committees on Intelligence, and Health, Education, Labor and Pensions.

In 2014, Collins easily defeated her Democratic challenger, Shenna Bellows. Political observers had speculated Collins would vie for the state’s governorship amid the growing frustration with the legislative gridlock on Capitol Hill. Due to term limits, Maine Gov. Paul LePage (R) is unable to seek another term.