Sculley to Replace Riley in Connecticut 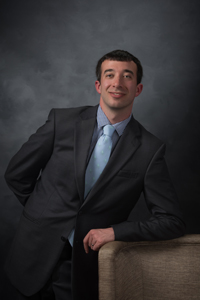 Truck Renting and Leasing Association
Truck renting and leasing lobbyist Joseph Sculley will be the next president of the Motor Transport Association of Connecticut, the group said.

Sculley has been director of government relations for the Truck Renting and Leasing Association, or Trala, since 2008. He will start work in Hartford in late October, MTAC announced Sept. 18.

Sculley will replace Michael Riley, who is retiring at the end of this year after leading the association for 29 years. There will be a two-month transition for Riley and Sculley to work together.

MTAC Chairman Mark Gagnon welcomed Sculley, saying his experience “has prepared him to do a great job for MTAC members. [Sculley’s] work ethic and vision for the future of this association will benefit all MTAC member companies.” Gagnon also is president of Capitol Moving & Storage of South Windsor, Connecticut.

Sculley will be in charge of running the association on a daily basis, including legislative efforts and basic administration.

“Legislative and regulatory advocacy on behalf of MTAC members will remain a very important priority, but I also intend to work with the members to implement cost-saving programs,” Sculley said.

A Sept. 18 statement from Trala said Sculley’s work for the Alexandria, Virginia-based group has been important.

“Over the past seven years, he has helped lead several critical battles on behalf of Trala’s membership on federal and especially state-related issues. These efforts have led to the savings of millions of dollars for Trala members in the form of defeated tax bills and overreaching regulatory matters,” the Trala statement said.

The renting-leasing group also said it is close to hiring a new government relations representative who will work with Sculley through his departure Oct. 15 to help with that transition.

MTAC emphasized that Sculley’s professional focus has been on state legislation regarding taxes, fees and lessor liability issues. He also worked with the Federal Motor Carrier Safety Administration on regulatory issues related to renting and leasing.