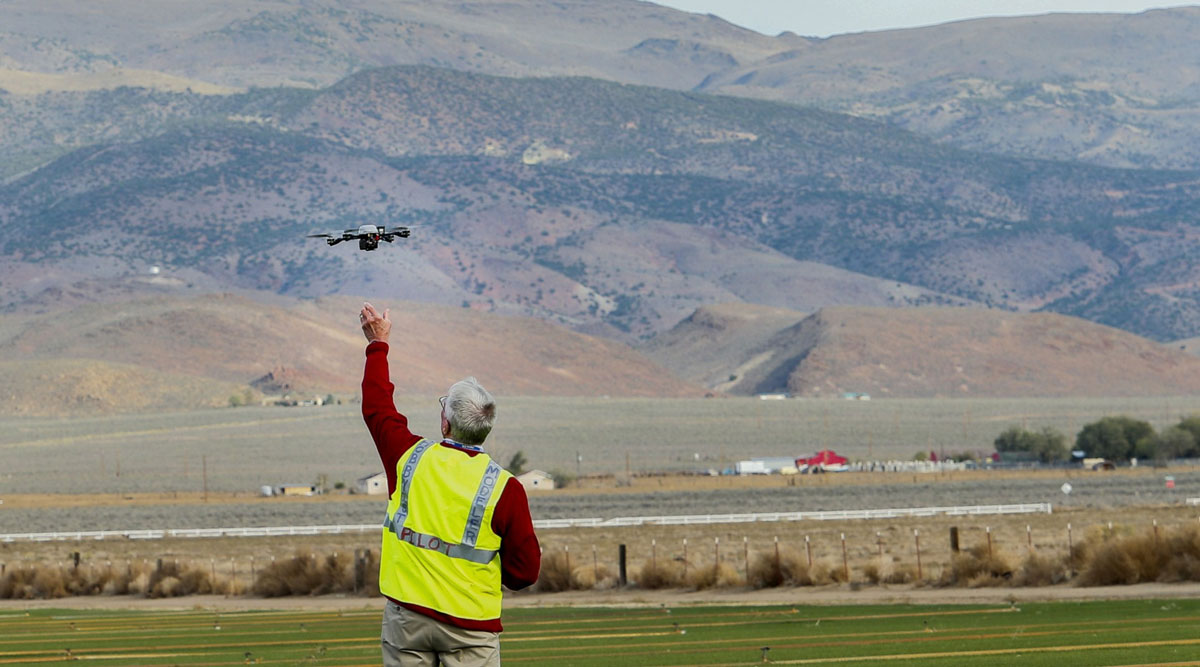 Inmarsat Group Holdings Ltd. says it has found a way to safely fly civil drones over long distances, a step that may help pave the way for mass adoption by industries from transportation to energy and infrastructure.

Current rules mean most nonmilitary users have to keep drones where they can see them and can only operate one at a time to avoid collisions. So a race is on to develop a fail-safe approach that can satisfy regulators.

Britain’s Civil Aviation Authority has signaled it is ready to relax the “line-of-sight” and one-user-one-drone rules if someone devises a communication system that removes the risk of crashes.

Everyday drone flight beyond a visual line of sight would be “a game changer,” said David Tait, acting head of CAA’s innovation team.

Regulators are moving cautiously as they come to terms with a surge in the popularity of small, privately owned drones for leisure and aerial photography. Relatively affordable unmanned devices can be flown for miles by an operator using remote video that shows the equivalent of a plane’s cockpit view— but this is banned in many countries.

Hundreds of flights were disrupted at London’s Gatwick airport in 2018 after a raid using miniature drones.

London-based Inmarsat’s satellites provide global communications for armed forces, emergency services and ships. As its terrestrial satellite receivers have become smaller and cheaper, that makes it easier to use them on tiny aircraft.

Individual drones already are used for close inspections of hard-to-access infrastructure where the operator is close enough to see them. Altitude Angel founder and CEO Richard Parker said the new system could make inspections of remote and dangerous facilities up to 20 times faster and open up new applications such as the transport of freight between airports.

The ultimate goal is remote, scalable, automated drone fleets which could airlift tonnes of goods between depots and allow farmers to monitor and optimize their crops more easily, he said.