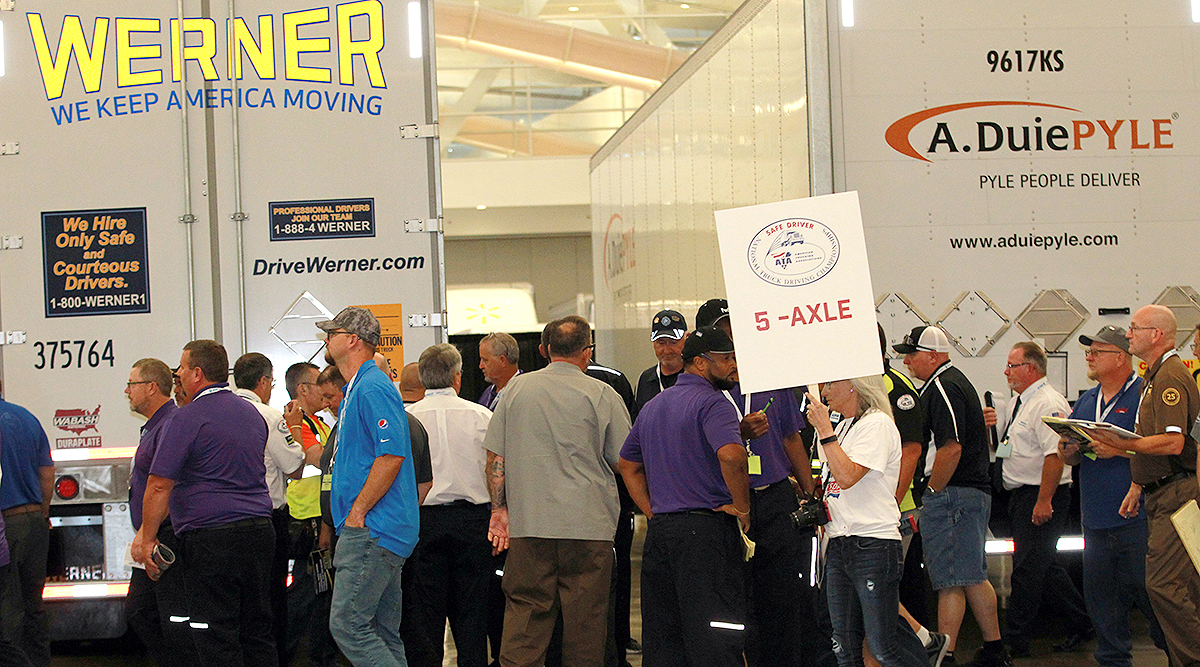 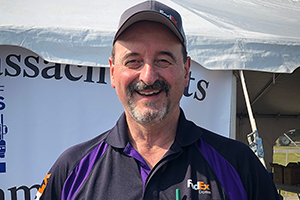 Bolduc via Trucking Association of Massachusetts

“The game plan is to get in there and do what I do every single day, drive the truck. It seems to work,” said Bolduc, the 2017 NTDC Grand Champion out of the Sleeper Berth class.

A. Duie Pyle driver Elvis Burns is Rhode Island’s 5-Axle champ, and this year is making his first trip to NTDC. A 35-year truck driving professional, he admitted he was nervous before he began the course.

“There are 7,000 competitors at the beginning who compete, at the local level, the state level. So there are about 430 of us here out of 7,000. To get here is an accomplishment in itself,” he said. “I’m just trying to enjoy myself, pick up whatever I can from all of the people here, learn whatever I can to hopefully get here again and enjoy this experience.”

After his road test, Burns thought he did well, but counted one small mistake in which one of his wheels crossed a target line.

“Inches, just missed it by inches. For my first time, I think I did great,” he said, smiling and chuckling as he climbed out of the truck.

A few moments later, after checking in at the pre-trip inspection test, Burns looked over his truck closely to ensure it was roadworthy.

Arizona 5-Axle champ Ina Daly is a 36-year veteran driver with XPO Logistics who was attending her 14th NTDC. The 2013 Tank Truck national champion was philosophical after her run and cautiously optimistic she would advance to the finals.

“There are years you’re up, and years you are down,” she said. “There is some luck involved. You have to focus on you and the course.” 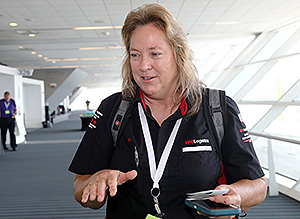 The vast majority of drivers have been to NTDC at least once. This year, 395 drivers, representing all 50 states, have been at least one time. Thirty-two are rookies.

The four-day competition among 427 men and women, sponsored by American Trucking Associations, crowns national champions across nine categories and one Grand Champion. The 2019 Bendix Grand Champion will be crowned Aug. 17.

Even though they are competitors, the men and women shout encouragement to their fellow drivers, shake hands, and offer fist bumps and hugs.

“It is a testament to the entire trucking workforce that hundreds of truck drivers were more than willing to put in thousands of hours of driving practice and study in order to compete for the Grand Champion crown,” said ATA Chairman Barry Pottle, president of Pottle’s Transportation.