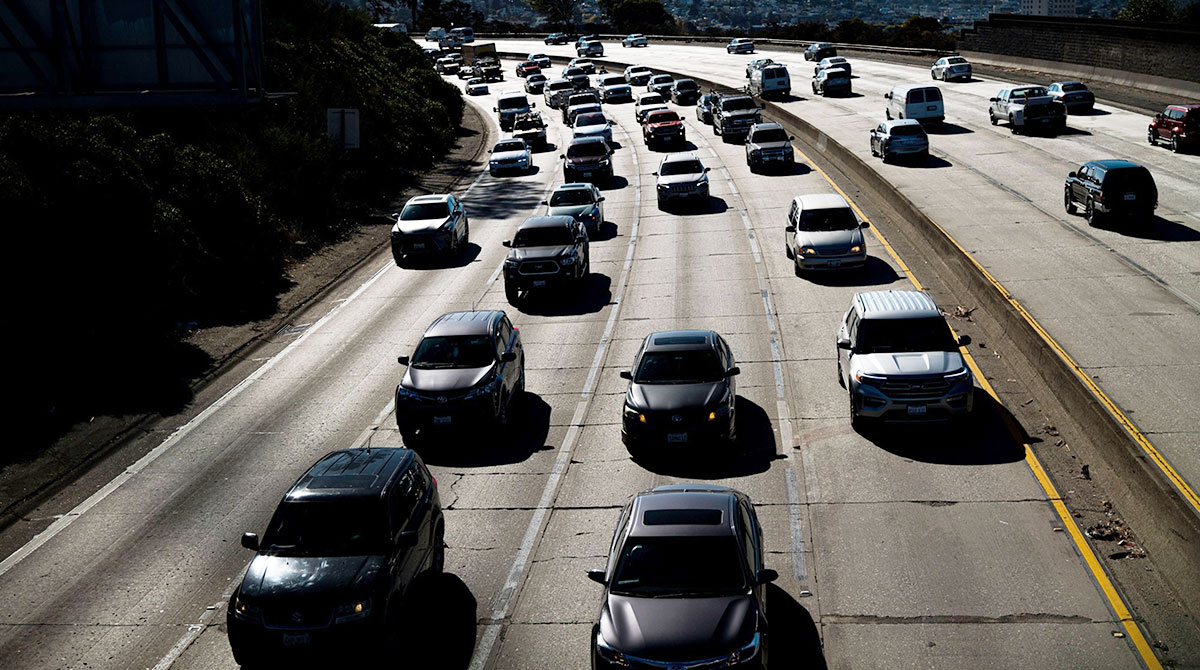 Despite an overall decline in driving, car fatalities are up. (David Paul Morris/Bloomberg)

Traffic fatalities grew 10.5% in the first three months of the year even as overall driving declined, according to the National Highway Traffic Safety Administration, which cited speeding and other risky behaviors that emerged when the pandemic reduced the number of cars on the road.

“We must address the tragic loss of life we saw on the roads in 2020 by taking a transformational and collaborative approach to safety,” Steven Cliff, NHTSA’s acting administrator, said in a statement.

The increase came as total U.S. driving declined by 2.1%, or about 14.9 billion miles, according to preliminary data reported by the Federal Highway Administration. The agency said the fatalities per 100 million vehicle-miles traveled for the first quarter of 2021 increased to 1.26, up from the estimated rate of 1.12 in the same period last year.

NHTSA said the data suggests risky driving patterns and behaviors that emerged in 2020, when driving was down but accidents increased, persisted. Among them, the agency said, are speeding, failing to wear seat belts and driving under the influence of drugs or alcohol.

“Everyone — including those who design, operate, build and use the road system — shares responsibility for road safety,” Cliff said. “We are working closely with our safety partners to address risky driving behaviors such as speeding, impaired driving and failing to buckle up.”