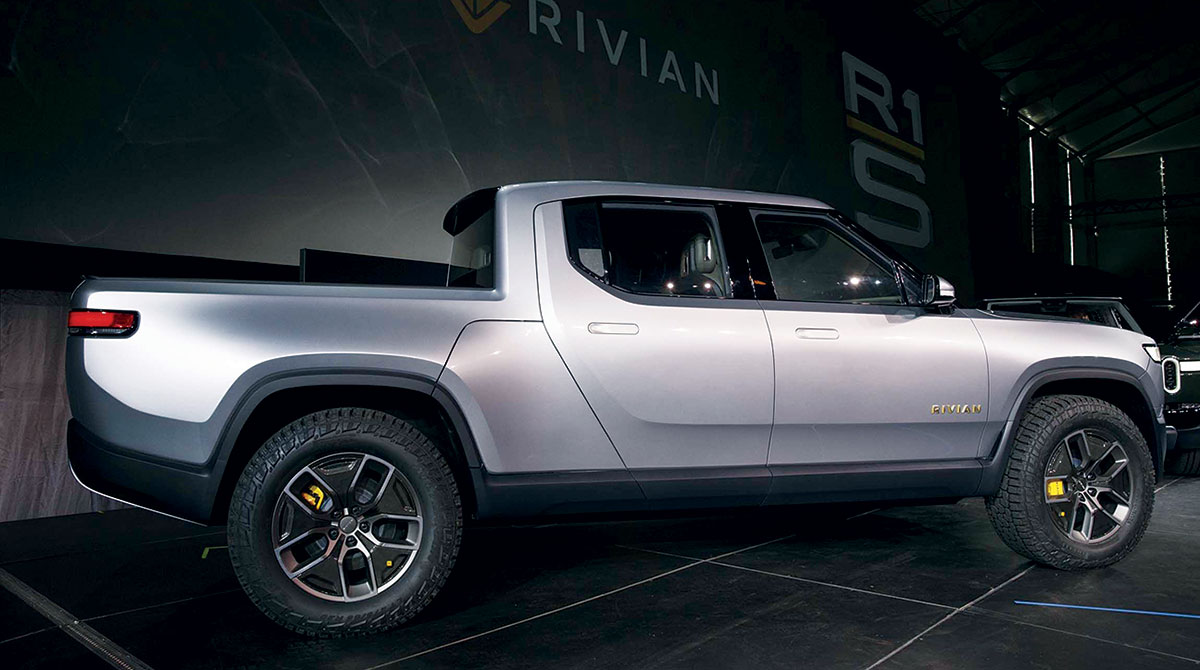 A searing five-day rally in the shares of Rivian Automotive Inc. has led the electric truck startup to more than double in value since last week’s trading debut, with its market capitalization now surpassing Volkswagen AG.

Rivian, which is backed by Amazon and Ford, overtook Volkswagen’s market capitalization of $138.9 billion, as investors eager to get into the EV sector now have another stock to invest in, apart from industry trailblazer Tesla Inc. 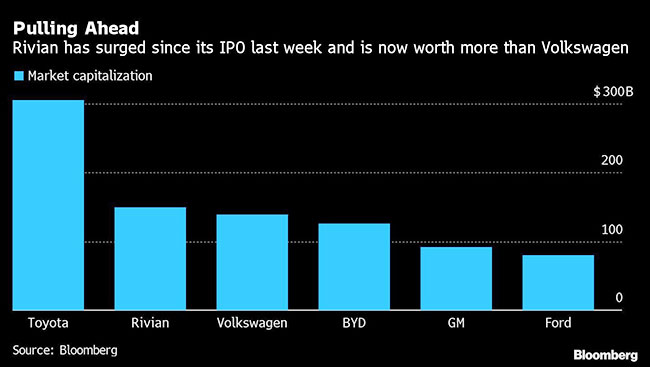 The rally since its IPO also makes Rivian’s the year’s second-best debut week, behind Affirm Holdings Inc., which gained 117% during its first five sessions. This data excludes IPOs that raised less than $1 billion.

EV stocks of all stripes and colors have also seen heightened interest from retail investors in recent weeks, with Rivian, Lucid and Tesla topping Fidelity’s retail trading platform’s list of most bought assets on Nov. 16.