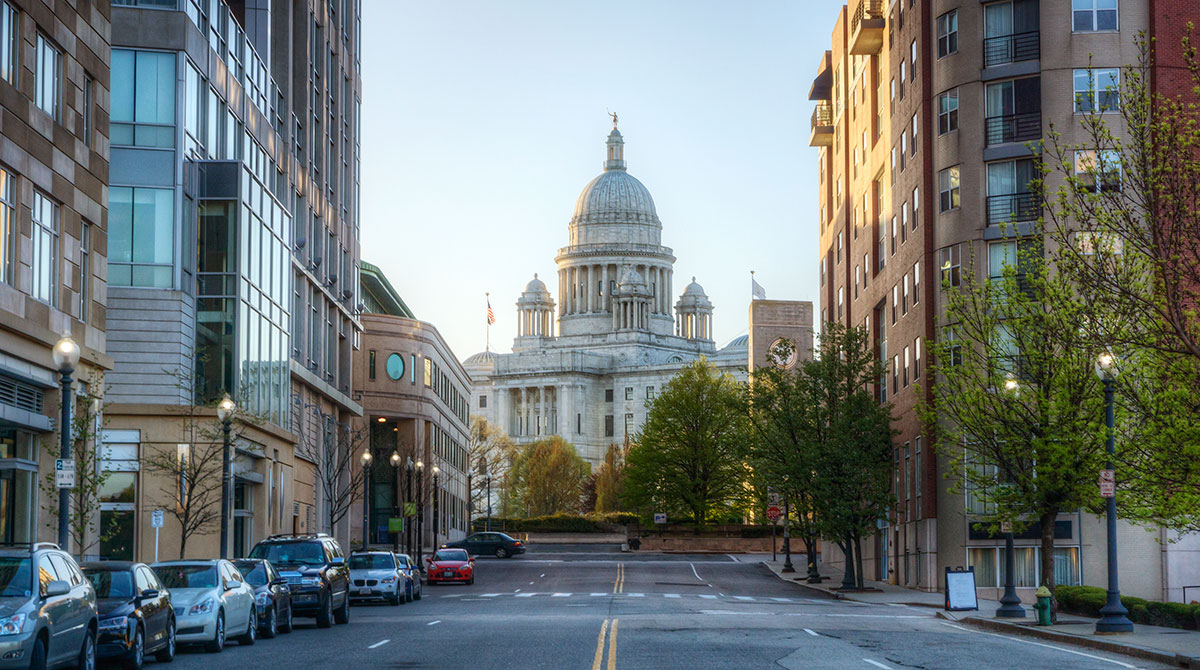 The road in front of Rhode Island's state house in Providence. (DaveLongMedia/Getty Images)

The notice of appeal, filed with the U.S. Court of Appeals for the First Circuit in Boston, came a month after a Rhode Island federal district judge ruled in favor of a legal challenge by American Trucking Associations and two motor carriers to the state DOT’s “Rhode Works” tolling plan aimed at motor carriers traveling through the state.

“Because RhodeWorks fails to fairly apportion its tolls among bridge users based on a fair approximation of their use of the bridges, [it] was enacted with a discriminatory purpose, and is discriminatory in effect, the statute’s tolling regime is unconstitutional under the dormant Commerce Clause of the United States Constitution,” wrote District Judge William Smith in a ruling Sept. 21. 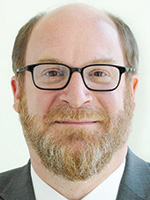 “The district court concluded that the RhodeWorks truck-only toll scheme violated the Commerce Clause because, as we established at trial, it discriminates against interstate commerce in both purpose and effect, and because the tolls did not fairly approximate the use motorists make of the tolled bridges,” ATA General Counsel Richard Pianka said in a statement. “We look forward to explaining to the First Circuit that the district court’s thorough and well-reasoned decision got it right.”

The challenge to the tolling program was a top priority for ATA, and was hailed as a major win by ATA President Chris Spear in his Oct. 24 state-of-the-industry address at the 2022 ATA Management Conference & Exhibition.

At press time, the Rhode Island Attorney General’s office, which filed the notice on behalf of RIDOT, did not return a message seeking comment on the legal basis for the appeal.

The truck-only tolling system was part of then-Gov. Gina Raimondo’s broader RhodeWorks program, which has been projected to generate $4.7 billion to finance infrastructure projects. The toll charge was shut down hours after Smith’s ruling.

The trial ended June 13 after more than two weeks of testimony.

In his closing statements, ATA attorney Reginald Goeke of the law firm Mayer Brown said the so-called “consumption method” of tolling trucks — which was based on the belief that trucks excessively damage roads — is a violation of the Dormant Commerce Clause of the U.S. Constitution. The Dormant Clause is intended to prohibit state legislation that discriminates against, or unduly burdens, interstate or international commerce.

“This is a discriminatory toll system,” Goeke said. “This is a toll system that is not fairly approximating the use of the facility. This is a system that was designed and intended to target out-of-state users for the purpose of funding Rhode Island’s bridges.”

Attorney John Tarantino, representing RIDOT, maintained that authority granted by Congress to states to toll U.S. interstate highways does not stipulate which vehicles may be tolled.

“Plaintiffs want you to second-guess the Legislature on how it determined to improve our roads — and the worst-in-the-nation’s bridges — following Congress’ authorization to toll the bridges on the interstate, which had been previously untolled,” said Tarantino, who works for the law firm Adler Pollock & Sheehan P.C. “Congress said, yes, you can toll bridges on the interstate. It didn’t direct the state to toll all vehicles. It didn’t say you can only toll trucks, or not.”

The idea for the tolling program dates to 2016, when the state’s General Assembly declared that 23% of Rhode Island’s bridges were structurally deficient and attributed more than 70% of annual damage to the state’s transportation infrastructure to tractor-trailers.

Rhode Island began collecting the tolls in mid-2018. The legal battle over the program has been going since July 2018.

Rhode Island to Repave Pothole-Ridden I-295