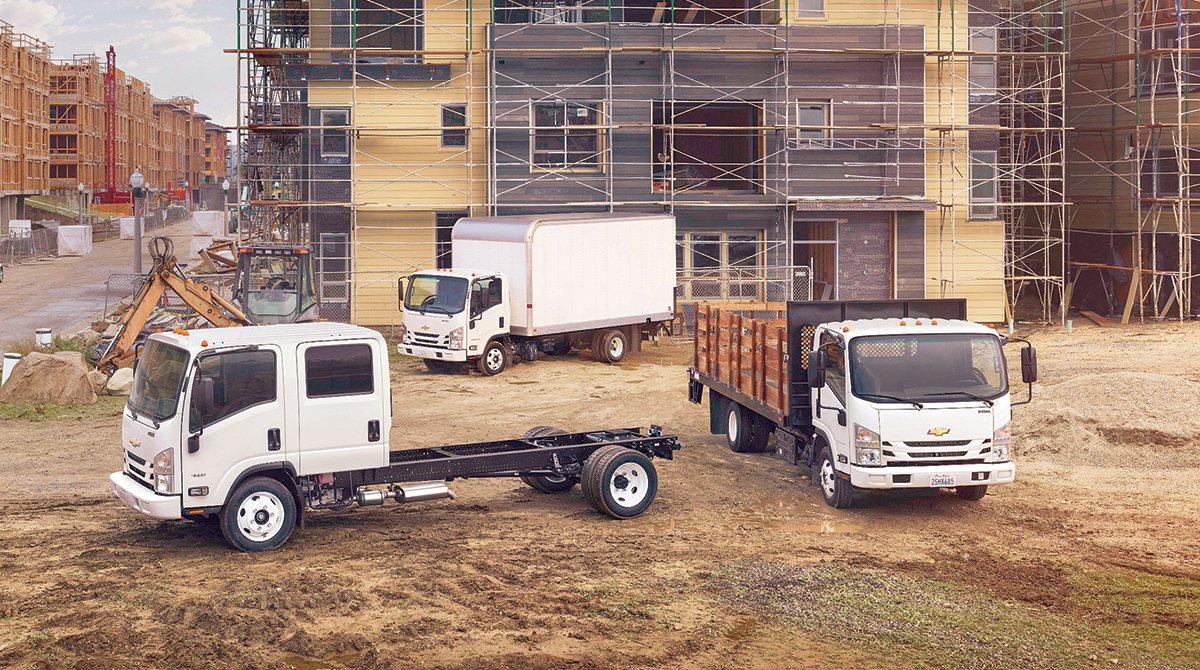 Ford Motor Co. held the top spot, with 1,680 sales. Freightliner and International were next with sales, respectively, of 1,258 and 1,080 trucks.

Rounding out Class 6 volumes were Hino Trucks with 665, then Kenworth Truck Co. and Peterbilt Motors Co. with 184 and 59, respectively.

Kenworth and Peterbilt are brands of Paccar Inc. Hino is a unit of Toyota Group Co.

“With truck companies that are closely aligned with the automotive market,” Tam said, “some of that mindset is probably carrying over [in Classes 4-5] in terms of higher incentives and pushing to try and reduce inventory.”

Also in June, Isuzu Commercial Truck of America Inc., a distributor of low-cab-forward trucks, produced the 40,000th gasoline-powered Isuzu N-Series truck at the Spartan Motors Inc. facility in Charlotte, Mich. The engine is used in Isuzu’s Class 4 NPR-HD model, which comes with or without a crew cab.

Assembly of Isuzu N-Series gas trucks — began at Spartan in April 2011, the Anaheim, Calif., company said. An optional version of the engine is capable of being converted to run on compressed natural gas or liquefied petroleum gas.

Ford had a 61% market share of the Class 5 trucks, or 4,813 trucks. Dodge Ram trucks were next with sales of 1,675. Dodge is a unit of Fiat Chrysler Automobiles.