Retail Sales Decline in August by More Than Forecast 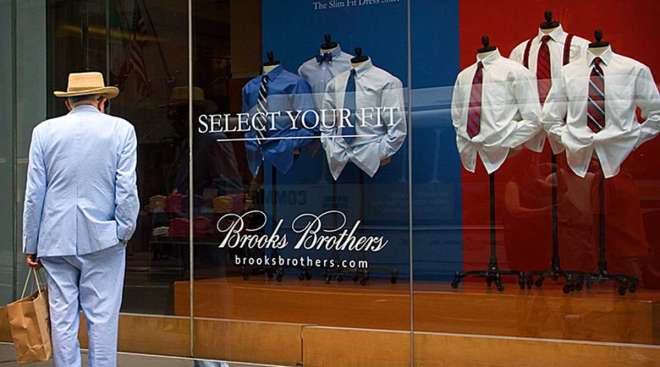 Sales at U.S. retailers dropped more than forecast in August, indicating a pause in recent consumer-spending strength that has carried the economy.

Purchases declined 0.3% from July, the first drop in five months, after a revised 0.1% advance in the previous month, Commerce Department figures showed Sept. 15 in Washington. The median projection of economists surveyed by Bloomberg News called for a 0.1% decline. Excluding cars, sales unexpectedly fell 0.1%.

An easing in vehicle buying matched a lackluster performance elsewhere, with sales falling in seven of 12 retail categories outside autos. While low borrowing costs, cheap gasoline prices and steady job gains should keep a floor under demand, wage growth remains slow and sustained weakness in consumer spending could limit any second-half economic rebound.

“This is not a good report, for the most part,” said Chris Christopher, director of consumer economics at IHS Global Insight in Lexington, Massachusetts. “The consumer’s doing relatively well — even with these numbers, it’s one of the strongest parts of the economy. There’s modest inflation, real disposable income gains are relatively robust, and they feel pretty confident.”

The report represents one of the last major data releases before Federal Reserve policymakers meet Sept. 20-21 to debate raising interest rates. While officials are split on the urgency to increase borrowing costs, most investors and economists expect the central bank to hold off this month.

Estimates of retail sales in the Bloomberg survey ranged from a decline of 0.8% to a 0.2% gain. The July figure was revised from an initially reported reading of no change.

Core sales, the figures that are used to calculate gross domestic product and which exclude such categories as autos, gasoline stations and building materials, declined 0.1% last month. The July reading was revised to a 0.1% decrease also after an initially reported reading of no change.

Purchases at auto dealers dropped 0.9%, and those at service stations fell 0.8% as fuel costs were slightly lower on average in August.

The auto figures are in line with industry data showing a slowdown. Sales of cars and light trucks eased to a 16.91 million annualized rate in August after 17.77 million in July that was the strongest in eight months, according to Ward’s Automotive Group figures.

Outside of autos, purchases fell 1.4% at building materials stores and dropped by the same percentage at sellers of sporting goods, books and music. Food and beverage store spending was up 0.3% ,and clothing gained 0.7%.

The decline in retail sales excluding autos follows a 0.4% decrease in July that was revised lower, according to the Sept. 15 report. They were projected to increase 0.2%, according to the Bloomberg survey median.