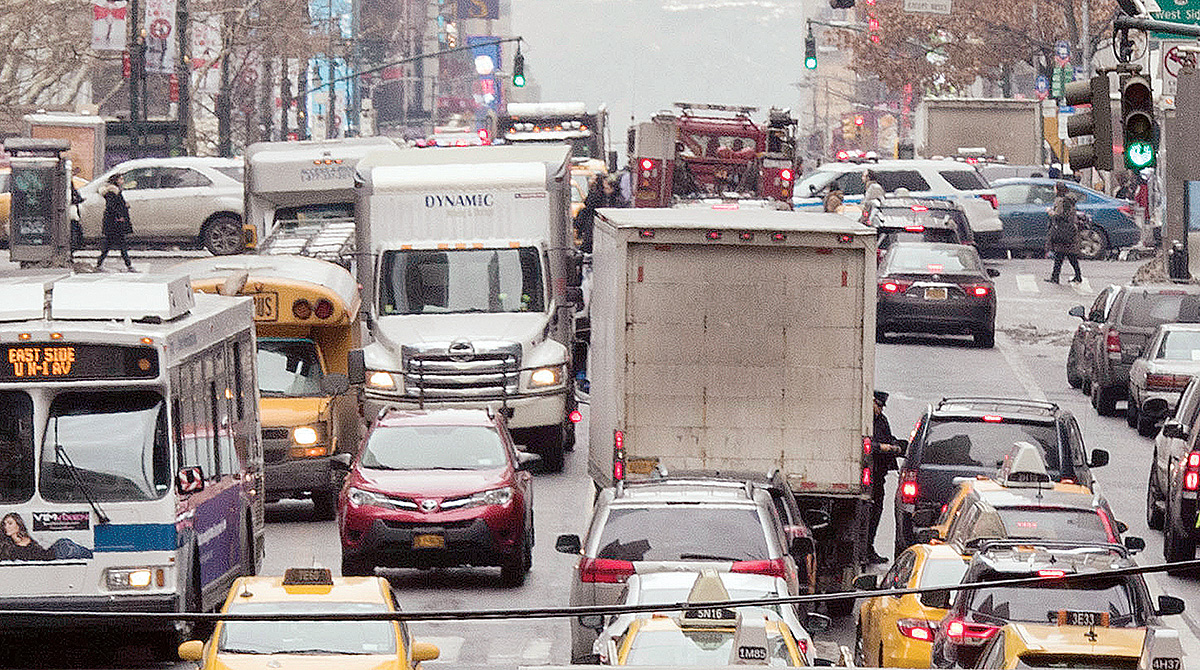 Unreliable federal funding, a shortage of drivers and traffic congestion threaten to disrupt the growing demand for freight around the country, a nonprofit transportation group determined in a report published this month.

In “America’s Rolling Warehouses: Opportunities and Challenges with the Nation’s Freight Delivery System,” the Washington, D.C.-based group TRIP concluded that significant sustainable funding at the federal level will be key to enhancing connectivity along freight corridors in the coming years.

The report recommends approving a permanent fix designed to address the looming insolvency of the Highway Trust Fund. The fund, which relies on insufficient revenue from the gas and diesel tax, is used to assist states with highway maintenance. On Capitol Hill, the tax-writing committees in the House and Senate have not announced plans to restore the trust fund. The fund’s authority expires next year.

Additionally, the report emphasized that congestion at metropolitan regions hinders economic competitiveness. American Transportation Research Institute, which is cited in the report, estimated the annual cost of congestion to the trucking industry in 2016 was $74.5 billion.

A lack of commercial drivers and insufficient parking for commercial vehicles across transportation networks also are consistent challenges for the industry. As the report noted, “Tired truck drivers may continue to drive because they have difficulty finding a place to park, or they may choose to park at unsafe locations such as a highway shoulder, exit ramps or vacant lots.”

Additionally, the industry was in need of about 60,800 drivers at the conclusion of 2018 in order to meet freight demands, American Trucking Associations indicated in July. More than a million drivers will be required over the next decade to replace retirees, as well as to keep up with economic demands, noted ATA, which was cited in the report.

“The need to improve the U.S. freight network is occurring at a time when the nation’s freight delivery system is being transformed by advances in vehicle autonomy, manufacturing, warehousing and supply chain automation, increasing e-commerce, and the growing logistic networks being developed by Amazon and other retail organizations in response to the demand for a faster and more responsive delivery and logistics cycle,” according to the report.

Various stakeholders, such as the U.S. Chamber of Commerce, have proposed raising gas and diesel taxes as a way of boosting funding for freight and commuter corridors nationwide.

“The new TRIP report again highlights the urgent need for federal action to modernize America’s infrastructure,” said Chamber vice president for transportation infrastructure Ed Mortimer. “The future of our country’s ability to compete in a 21st-century economy by providing the safe movement of commerce is at stake, and this report helps bring a spotlight to the issue.”

“TRIP’s report makes an important contribution to a growing body of evidence that our deteriorating infrastructure is putting the brakes on our economy,” added Chris Spear, president of American Trucking Associations. “The cost of doing nothing is too high and will only get higher if our leaders do not step up and put forward a comprehensive investment package backed by real funding.”

To assist states with freight projects, the U.S. Department of Transportation established the Infrastructure For Rebuilding America, or INFRA, grants program.