Regulators Scramble to Stay Ahead of Self-Driving Cars 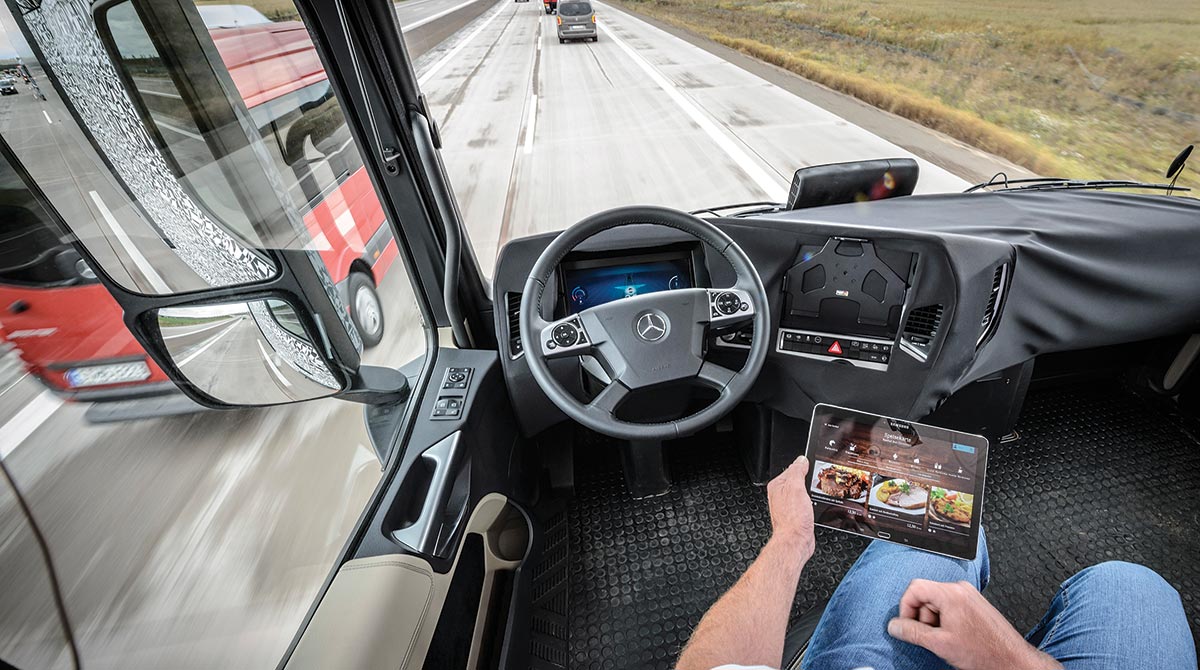 Self-driving cars are only starting to navigate the nation’s streets, but regulators are scrambling to catch up.

In the race to deliver cars that can safely operate themselves, proponents are increasingly concerned about a fast-growing thicket of regulations and laws being proposed by states that could come in conflict with each other and threaten to hold up development.

“It could be messier, and it could take longer than we want it to,” IHS Automotive analyst Stephanie Brinley says. “We will see some state-by-state and some federal fights happening.”

Some believe the federal government must step in to create a national standard pertaining to testing, crash liability and design requirements.

Even if it eventually does, states and some cities insist they have a role to play, both to protect their citizens and to create legal frameworks that help position them as leaders in driverless car innovation.

Much is at stake.

Self-driving cars are likely to disrupt business models, substantially reduce personal car ownership, reshape urban and suburban development, upend the insurance business and eviscerate millions of transportation jobs while creating others. Disruption on that scale could represent one of the most dynamic changes to the American economy in the 21st century.

To try to keep up, more than 50 bills have been introduced in 20 states over the past several months providing some degree of regulation on self-driving cars.

The patchwork of rules being created by states could play havoc, confusing owners of self-driving cars and potentially harming innovation.

“If you had 50 different requirements for 50 different states, each state [might do it] different,” said Chan Lieu, an adviser to the Self-Driving Coalition for Safer Streets, whose members include former Google driverless car project Waymo, automakers Ford and Volvo and ride-hailing firms Uber and Lyft. Under those conditions, “it’s going to be very, very difficult to build a vehicle to be effectively sold across the country.”

On the other hand, proponents of states’ rights and safety advocates argue that state governments are more nimble than the federal bureaucracy, which can take years to propose and implement new rules. The federal timeline might not be compatible with the rapid pace of self-driving car innovation.

Traditionally, the federal government has regulated the vehicle itself, while states have regulated driver behavior.

With autonomous vehicle technology changing quickly, no one knows how the cars will evolve. As a result, it’s important to develop regulations that are adaptive and flexible, said Nidhi Kalra, an autonomous vehicle expert and co-director of RAND’s Center for Decision Making Under Uncertainty

States are balancing a desire to be viewed as beacons of innovation while seeking to protect their residents from technology that remains unproven on a large scale.

“That has been our challenge since day one,” said Jessica Gonzalez, spokesperson for the California Department of Motor Vehicles, which recently proposed revised rules in a state home to several tech giants that are developing self-driving car technology, such as Google, Apple, Uber and Tesla. “We know that this technology can save lives. It can mean mobility for millions of people. So we see all the advantages to it, but at the same time, we’re tasked with making sure this technology is safe,”

In March, California regulators introduced a pathway to obtain permits for driverless car testing after initially signaling last year that it would require a steering wheel and brake pedals in all test vehicles. That shift pleased automakers and the tech industry, which were concerned about the effect on Silicon Valley’s booming self-driving car business.

“Obviously we don’t want to see a patchwork, either,” Gonzalez said. “Ideally you want to see a car driving from California to New York without having to change requirements along the way.”

In New York, the biggest obstacle to self-driving cars had been a four-decade-old law that required drivers to have at least one hand on the wheel while their vehicle is in motion. The law made it impossible for self-driving advocates to try out the new technology on busy streets.

But in late April, Gov. Andrew Cuomo stepped in and set aside the one-hand-on-the-wheel law to allow for a one-year pilot program that gives self-driving companies access to New York roadways for the first time. New York began accepting applications from companies interested in testing or demonstrating autonomous vehicles on public roads in May, and Audi was the first to receive approval.

Three senators unveiled a broad set of principles for bipartisan federal legislation on self-driving vehicles June 13 aimed at fostering innovation. U.S. Sen. Gary Peters (D-Mich.) said he expects legislon ation will be introduced in the coming weeks that will propose “a complete rewrite of federal regulations for motor vehicles when you take the driver out of the car.”

“The self-driving car will not have a brake pedal and will not have a steering wheel. So what does that mean for the whole regulatory framework?” Peters said. “Those are the kinds of issues we have been working through.”

U.S. Transportation Secretary Elaine Chao said earlier this month in Detroit that the Trump administration will unveil revised self-driving guidelines within the next few months that will replace the existing guidelines.

“The department has a role to play by ensuring the safe development, testing and deployment of automated vehicle technologies,” Chao said. “The department is reviewing and updating this policy to incorporate feedback and improvements recommended by numerous stakeholders.”

Chao has vowed to move quickly but safety often moves slowly. Congress in 2008 instructed the Department of Transportation to implement a new standard by 2011 requiring automakers to adopt rearview cameras. After numerous delays, the rule was issued in 2014, but it won’t take effect until 2018.

Automakers are moving faster. They expect to deliver their first mostly autonomous vehicles within four years. BMW, Ford and Daimler’s Mercedes-Benz are among those that have pledged to deliver a self-driving car with capability in digitally mapped cities by 2021.

“The U.S. still runs the risk of slowing down the development and introduction of autonomous driving technologies by making it difficult for carmakers to test, develop, certify and sell” self-driving cars, said Anders Karrberg, Volvo’s vice president of government affairs.

But complicating matters is tension between tech companies and automakers, all competing to develop their own self-driving cars.

For example, General Motors has pursued legislation in several states, referred to as the Safe Automated Vehicle (SAVE) Act that would prevent non-automakers from providing rides in self-driving vehicles. The push has led to a state-by-state fight between GM and tech companies developing their own self-driving technology, including Waymo.

With automakers and tech companies split, the push for uniform regulations has sometimes devolved into rivalries.

“We have tried to work with other companies to incorporate language that addresses their concerns and have actively reached out on more than one occasion to do so,” said Tony Cervone, vice president of public policy and communications for GM.

In Tennessee, home to Nissan factories and its U.S. headquarters, state Rep. William Lamberth introduced a bill based on the SAVE Act that was crafted after conversations with several manufacturers, including General Motors.

“I originally filed the bill for test programs for manufacturers,” Lamberth said. “It became clear pretty quickly there are a number of other companies that may be a lot further along in the technology than I anticipated.”

Tennessee Gov. Bill Haslam signed the legislation June 6. Nissan supported the bill but said it would prefer to see a national policy to avoid the state patchwork.

A similar debate has played out in Illinois.

The bill was opposed by tech companies such as Uber, Lyft and Waymo when it was introduced in February because it initially prevented ride-hailing companies from operating self-driving cars on Illinois roads. An amendment, filed in late March, however, made the language more inclusive, giving more support as it winds its way through the state Legislature.

Lieu said the Self-Driving Coalition has lobbied for changes to GM’s proposed legislation in nine states this year.

Zalewski said he simply wants to make sure Illinois is in a position to lead.

“Chicago should probably be in the top five in terms of geographical locations where this technology will be used,” he said.

New Car Ratings Include How They Make Drivers Stay Alert