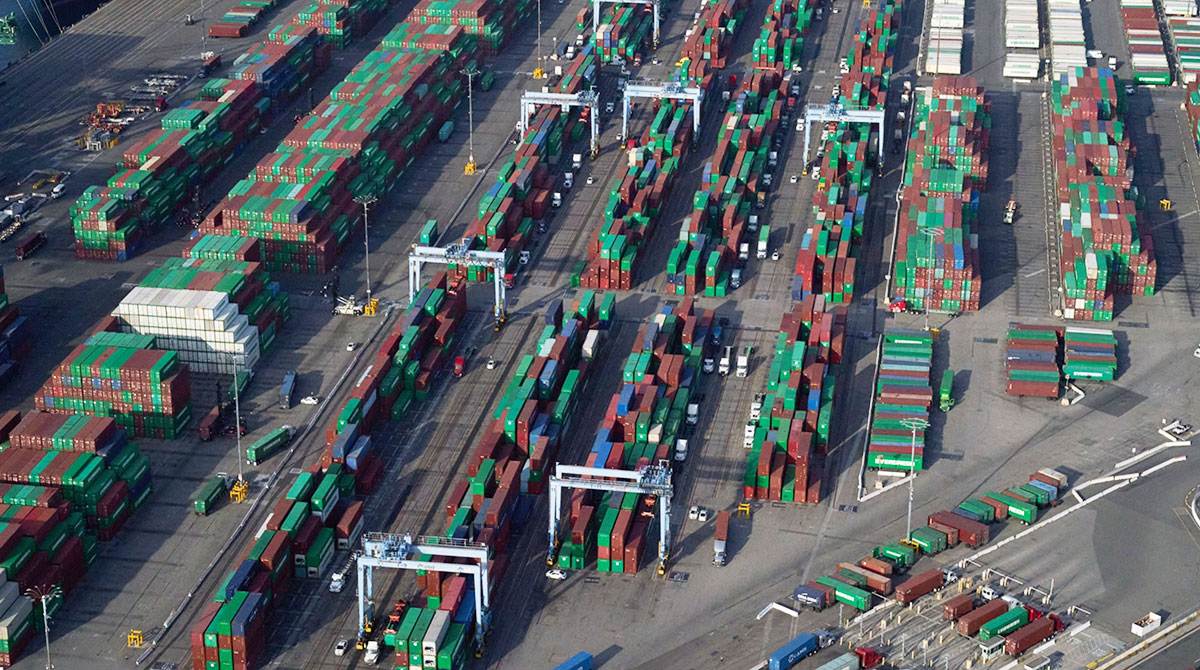 Shipping containers at the Port of Long Beach in Los Angeles. (Bing Guan/Bloomberg)

The record volume of cargo moving through the busiest U.S. port complex is likely to continue amid high consumer demand for goods, the head of the Port of Long Beach said.

“It’s going to be the new normal in terms of the amount of containers that you’re going to be seeing here going to this complex,” Executive Director Mario Cordero said Dec. 1. “That 20 million number is not going to get reduced even after the crisis,” he said, referring to the number of 20-foot equivalent units moving through Long Beach and neighboring port of Los Angeles.

The two ports together make the biggest gateway for ocean trade in the U.S., handling more than one-third of inbound containers. The bottlenecks at West Coast ports are tying up container capacity and underpinning already-soaring rates for transpacific ocean freight.

Despite efforts to ease congestion, long delays continue. Forty-nine container vessels were anchored off the southern California coast as of Nov. 30, seemingly an improvement from the more than 80 waiting a few weeks ago.

However, much of the decrease stems from a new queuing system for ships that keeps them farther away from the coast and slows their progression across the Pacific Ocean, said James Kipling Louttit of the Marine Exchange of Southern California, a nonprofit involved in maritime traffic.

“All it does is move the parking lot,” he said in an interview.

Companies operating at the two California ports have agreed to eliminate fees for shipping containers picked up at night and on weekends, instead of during peak hours. And one of the world’s biggest ocean carriers is offering as much as $200 per container in incentives for importers to help clear the ports’ backlog by retrieving their goods faster.

The ports have said they’re considering charging fines for containers that sit on the docks for too long, and that the threat of penalties has helped ease bottlenecks.

“We’ve been able to get the stakeholders to move this cargo,” Cordero said.