Record Share of US Small Businesses Raised Wages in December 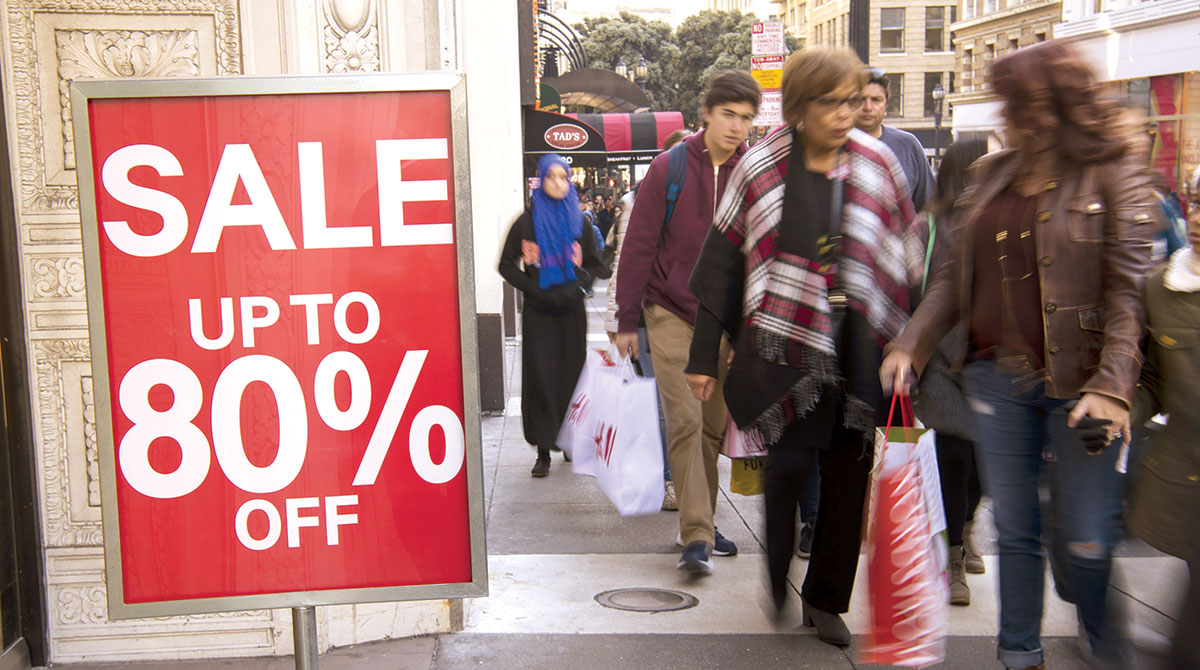 Shoppers carry shopping bags as the walk past a sale sign on Powell Street in San Francisco. (David Paul Morris/Bloomberg)

A record 48% of U.S. small business owners said they raised compensation in December and nearly a third said they plan to do so in the coming months, the National Federation of Independent Business said Jan. 6.

With almost half of small businesses reporting job openings they could not fill last month, employers are boosting pay to attract and retain workers. The share of firms that raised compensation last month was the largest in monthly data back to 1986 and up four points from November.

“The labor shortage is holding back the small business economy as owners work to retain their current employees and attract employees for their open positions,” Bill Dunkelberg, NFIB’s chief economist, said in a statement. “A record-high number of small business owners are raising compensation to help retain and attract new employees.”

Some 32% of owners plan to raise compensation in the next three months, matching a record high, according to the NFIB. Meanwhile, the added employment costs are becoming a greater concern, with a record 13% of owners citing labor costs as their top business problem.

Wages Jump by the Most on Records Dating Back 20 Years