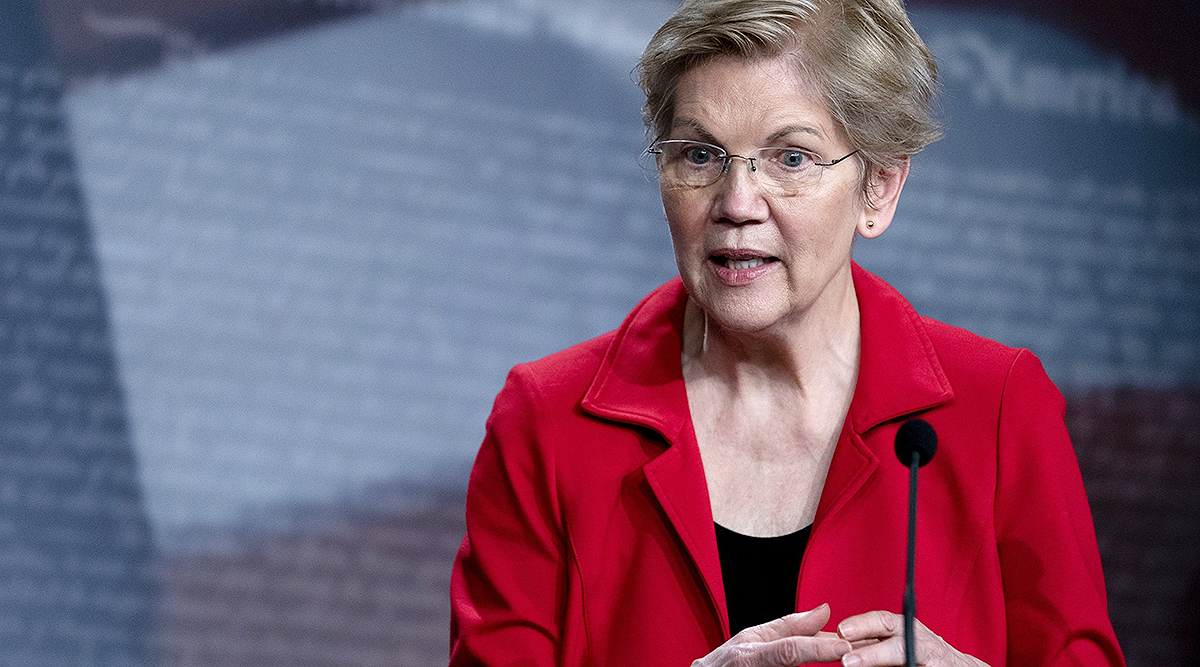 Sen. Elizabeth Warren said her proposed wealth tax on households worth more than $50 million could help pay for investments in infrastructure, child care and health reforms as part of President Joe Biden’s plan to “Build Back Better” after the coronavirus pandemic that has disproportionately hit low-income families.

“We need to turn to infrastructure, child care, pre-K, college. We need to turn to the things that create investment and opportunity going forward and to do that, a wealth tax is the best way to pay for it,” Warren said.

Warren, along with Rep. Pramila Jayapal and Rep. Brendan Boyle, said the tax they unveiled March 1, dubbed the Ultra-Millionaire Tax Act, would create a “fairer” economy with a 2% annual tax on households and trusts valued at between $50 million and $1 billion. All net worth over $1 billion would be taxed at 3%.

The measure — like wealth tax proposals Warren has offered in the past — is unlikely to garner the support needed to pass, particularly in the evenly divided Senate. But it could serve as a marker for progressives in Congress and is a reminder of the restiveness on the party’s left flank.

The group claims the proposal would generate “at least $3 trillion in revenue over 10 years,” citing a Feb. 24 analysis from economists Emmanuel Saez and Gabriel Zucman from the University of California-Berkeley.

“The ultra-rich and powerful have rigged the rules in their favor so much that the top 0.1% pay a lower effective tax rate than the bottom 99%, and billionaire wealth is 40% higher than before the COVID crisis began,” Warren said in a statement. “A wealth tax is popular among voters on both sides for good reason: because they understand the system is rigged to benefit the wealthy and large corporations.”

While President Joe Biden campaigned on raising the income tax rate for top earners, he hasn’t endorsed a tax on wealth. White House press secretary Jen Psaki said Biden will discuss making sure the wealthy “pay their fair share” as part of the next package of legislation.

“Addressing the inequities in the tax code is something he talked about as part of the Build Back Better agenda and something he remains committed to,” Psaki said March 1. “He has a lot of respect for Sen. Warren and is aligned in the goal of making sure the ultra-wealthy and big corporations finally pay their fair share.”

A wealth tax would be particularly difficult to pass in the current U.S. Senate, which is divided 50-50 between Democrats and Republicans. Democrats control the agenda, since Vice President Kamala Harris can break ties, but most bills require support from 60 senators to advance.

And Democrats have been unable to muster even 50 votes from some administration proposals, including a $15 hourly minimum wage. A wealth tax likely would be even more divisive.

However, Democrats are planning to use special budget reconciliation procedures to pass a bill with a simple majority later in the year that will include parts of a massive infrastructure package. At that point, taxes to pay for the build out would be on the table. And under Senate rules, tax increases generally are allowed in budget bills.

The bill’s co-sponsors include Budget Chairman Bernie Sanders of Vermont, Sheldon Whitehouse of Rhode Island, Jeff Merkley of Oregon, Kirsten Gillibrand of New York, Brian Schatz of Hawaii, Ed Markey of Massachusetts and Mazie Hirono, also of Hawaii. Jayapal is from Washington State, and Boyle is from Pennsylvania.

Jayapal said the proposal “will help level the playing field, narrow the racial wealth gap, ensure the wealthiest finally begin to pay their fair share, and invest trillions of dollars into our communities so we can make a real difference in the lives of people across America.”

Warren defended the constitutionality of the plan, pointing to estate taxes as precedent for evaluating wealth. Some scholars have noted that the Constitution requires “direct taxes” to be apportioned among the states by population, while others have said that a wealth tax can be exempted from this requirement.

“I am completely confident that this is a constitutionally responsible way to do this,” Warren said.

— With assistance from Nancy Cook and Mario Parker.