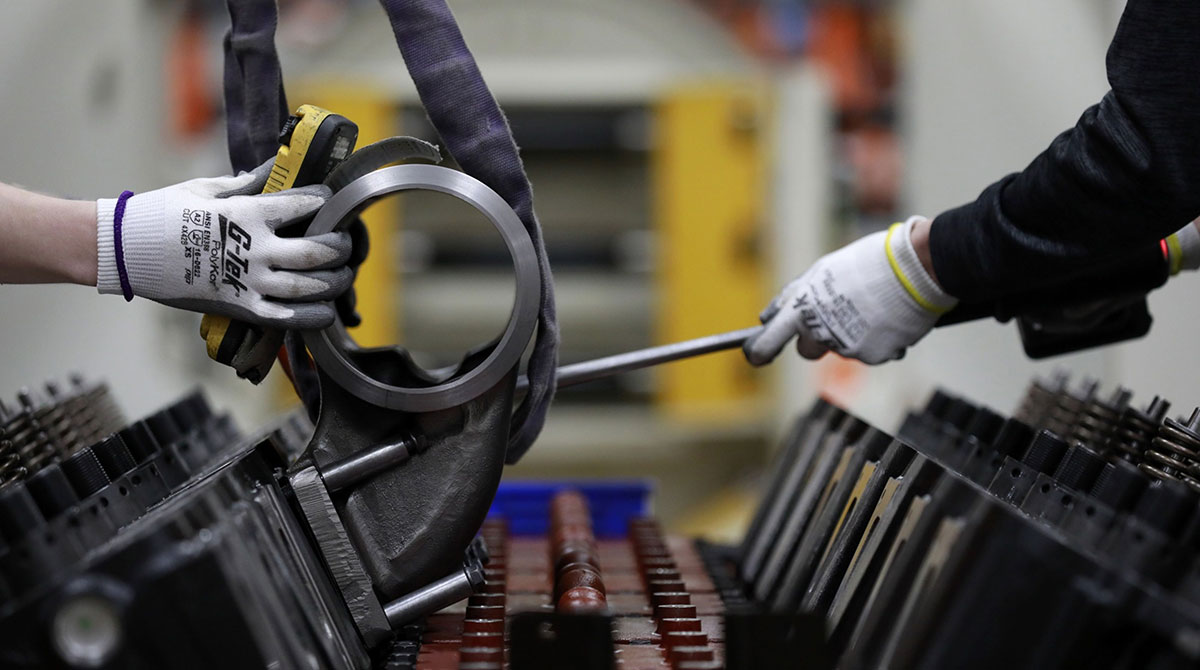 Workers assemble components on a diesel engine at the Cummins Seymour Engine Plant in Seymour, Ind., on April 18. (Luke Sharrett/Bloomberg)

U.S. productivity dropped in the first quarter by the most since 1947 as the economy shrank, while labor costs surged and illustrated an extremely tight job market.

Productivity, or nonfarm business employee output per hour, decreased at a 7.5% annual rate from the previous three months, according to Labor Department figures May 5. That compared with a 6.3% gain in the fourth quarter and the 5.3% projected decline in a Bloomberg survey of economists.

While productivity growth rates can be volatile in normal business cycles, the pandemic and subsequent recovery over the past two years have made the figures more prone to fluctuations. It likely will take several more years to gauge whether underlying productivity trends have shifted in the wake of COVID-19.

“The trend in unit labor costs is running more than double the Fed’s inflation goal of 2%, signaling inflation pressures persist not only outside the U.S. with elevated commodity prices and still-knotted supply chains, but from within as the U.S. labor market remains exceptionally tight,” Sarah House, senior economist at Wells Fargo & Co., said in a note.

The U.S. economy contracted last quarter for the first time since 2020, largely due to a wider trade deficit as companies imported more goods and services to support robust consumer demand.

Nonfarm business output as measured by this report, which is about 75% of GDP, also shrank for the first time in nearly two years. That slowdown depressed the government’s measure of productivity growth.

Economic output declined at a 2.4% pace in the first quarter, according to the report. Hours worked, the other input in productivity calculations, increased 5.5%. On a year-over-year basis, output per hour fell 0.6%.

US Productivity Falls Most Since 1981