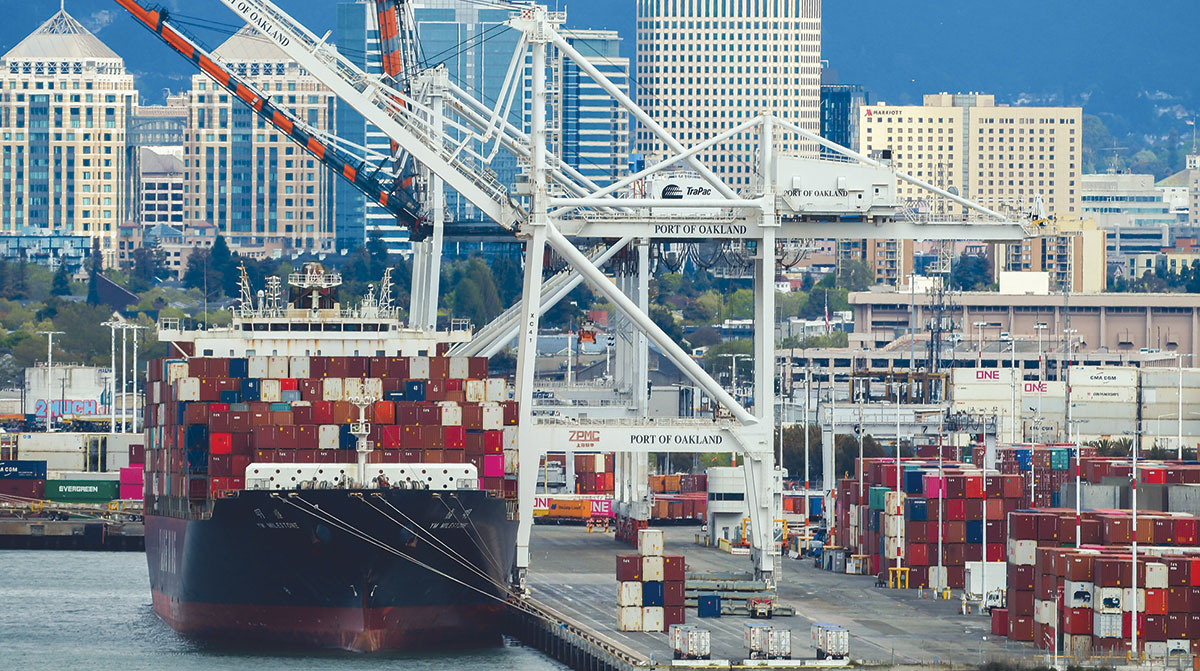 Faced with a loss of business to ports in Southern California, the Port of Oakland announced in January it would permanently expand agriculture export operations. (David Abercrombie via Flickr)

Beginning in early March, the Port of Oakland, with the help of the U.S. Department of Agriculture, will set up and operate a 22-acre, multimillion-dollar pop-up container yard specifically for agricultural exports.

It comes as food companies, port officials and government leaders seek to capitalize on the growing demand for exported American farm products. If the yard is successful, officials say it could be replicated at other facilities around the country.

Port officials said 60% of the funding will come from the federal government to construct the export container depot and operate it. Some of the money will partially cover a $125-per-container reimbursement to shippers, according to the USDA.

Ag exporters will have exclusive access to the pre-cooled refrigerated containers for loading perishable products such as beef, poultry and pork. Truck drivers who are going there specifically with agriculture cargo will be able to bypass the marine terminals and move to the head of the line. Officials say they also have access to additional equipment to load and unload, resulting in less congestion surcharges for trucks. Agriculture exporters also can expect to receive direct incentives from USDA to utilize the new yard. 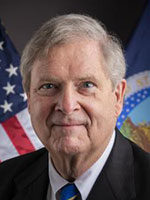 “COVID-19 revealed vulnerabilities across our supply system, both at our ports and in the agricultural sector,” Agriculture Secretary Tom Vilsack said in a statement released by the Port of Oakland. “This partnership with the Port of Oakland builds on our aggressive approach to addressing challenges within the supply chain and sends a strong signal that we are committed to working across the administration and with state, local and private partners to mitigate complex port capacity and congestion issues and to keep American agriculture on the move.”

According to USDA, the off-site terminal will provide additional space to move containers off chassis and prepare them for rapid pickup and turnaround. 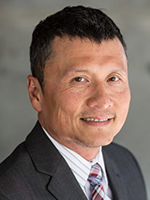 “As a major hub for the export of California’s and America’s fresh fruits, nuts, dairy and frozen proteins, we appreciate the administration’s efforts to ease shipping delays and costs for agricultural exporters,” Port of Oakland Executive Director Danny Wan said. “We’re in complete lockstep with the USDA on this issue, and we’re gratified by their willingness to work with us on behalf of Oakland’s export customers.”

Before the COVID-19 pandemic began, the Port of Oakland was busiest when it came to agriculture-specific exports, in part because of its location near central California’s rich agriculture basin and with direct rail links to the Midwest.

It serves as an export link for refrigerated protein products from farmers in Iowa, Minnesota, Illinois, Wisconsin and other Midwestern states. But international shipping prices skyrockted because of COVID, in some cases more than tripling. Shipping lines found it was more profitable to drop their cargo at the ports of Los Angeles or Long Beach and then immediately head back to Asia, often with an empty ship, rather than travel 380 miles north to Oakland.

As a result, the Port of Oakland in 2021 saw its annual exports drop 8% and farmers who needed to move products were scrambling to find other ways to get their goods overseas. Exports traditionally have accounted for half of the Oakland’s loaded container business. 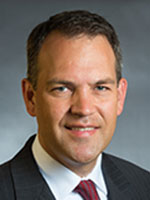 “This current situation is certainly an opportunity for these port regions to really step up and help alleviate some of the congestion and find some new expanded business lines,” Steenhoek said. “In California, so much attention goes to Los Angeles and Long Beach, but there certainly are other ports that can help mitigate some of this pressure, and Oakland is one of those.”

This is not the first time the pop-up terminal has been put to use. In December, Georgia’s Port of Savannah used the concept to expand operations and unclog its terminals by moving containers inland where they can free up critical dock space and be processed faster.

Now, that concept will be used on the West Coast.

“This creative partnership with USDA and the Port of Oakland will help American farmers and agricultural producers move their product to market while also making better use of empty containers that are causing congestion at the ports,” Transportation Secretary Pete Buttigieg said.