Port of Oakland Cargo Down 14% Year-Over-Year in October 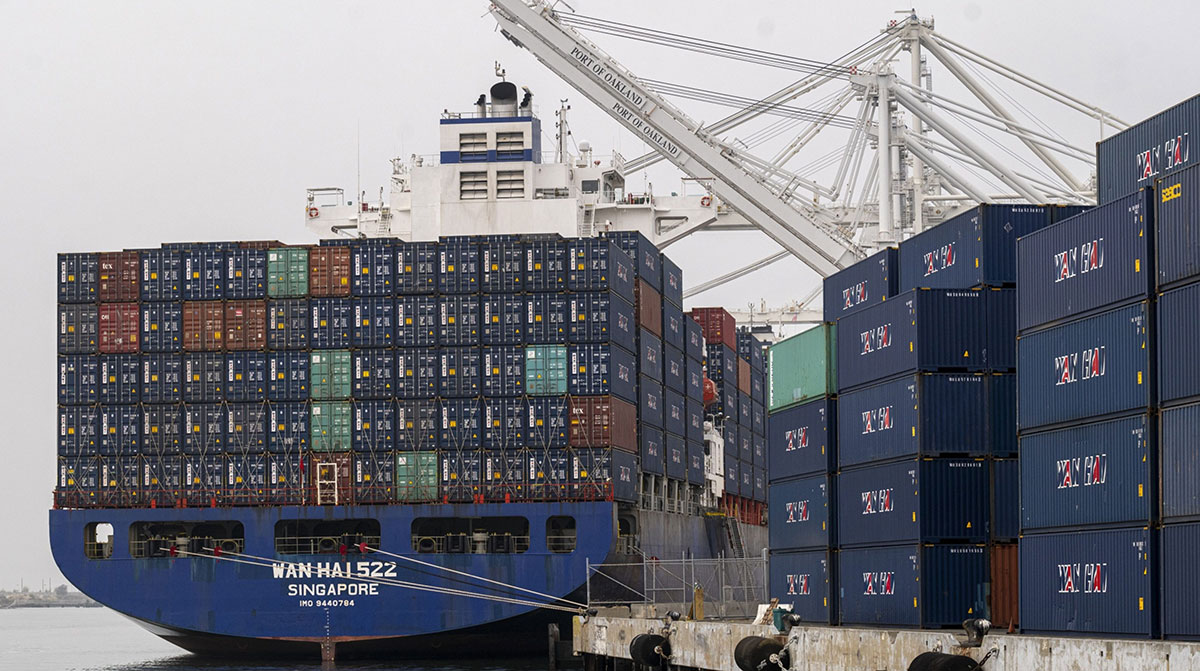 Boxes are offloaded from a Wan Hai Lines containership at the Port of Oakland on Nov. 19. In October, the port saw a 43% drop in ships calling from year-ago levels. (David Paul Morris/Bloomberg News)

Shipping backups at the adjacent ports of Los Angeles and Long Beach are having a significant impact on the Port of Oakland, nearly 400 miles up the California coast.

While Los Angeles and Long Beach have seen container volumes surge by more than a combined 21% year-over-year, the opposite is happening at the Oakland facility, especially in the third and fourth quarters. Port officials said containerized import volume last month was down 14% from October 2020 levels, while exports were down 27%. The number of ships was down 43% from the previous year.

“With the congestion we are seeing at both Los Angeles and Long Beach, the ocean carriers are skipping Oakland as the last port of call before they head back to Asia and they’re going right back directly to Asia to be able to reposition empty containers and pick up more cargo, to go inbound,” Port of Oakland’s Andrew Hwang told Transport Topics. “Since those ships are not calling into Oakland, some of the import Oakland cargo is being unloaded at L.A./Long Beach and being trucked into Oakland.”

Hwang is the maritime manager of business development and international marketing.

Transportation officials said the costs associated with sitting in San Pedro Bay for sometimes as long as two weeks before being unloaded are mounting up. So it is now less profitable to travel up to Oakland, and the shipping companies can make higher profits by heading directly back to Asia to get more cargo to bring back to the U.S.

“I don’t know that they’re ignoring Oakland, but the issue is if your ship is stuck for two weeks to get into L.A./Long Beach and your normal rotation is go to Oakland on the way back to get some exports, it used to be that was the triangulation,” IHS Transportation Economist Paul Bingham told TT. “But with the rate differential being so great, it’s made more financial sense for the carriers to drop Oakland calls entirely and head back to Asia and pick up another super-high premium rate eastbound cargo, than to have the complication of the extra time to go up to Oakland.”

Shipping rates from China and East Asia to the West Coast of the U.S. remain historically high, even after falling by more than 20% in the past three months. According to the Freightos Baltic Index, which tracks shipping costs, moving a container across the Pacific was nearly $14,700 on Nov. 30, compared with $3,800 a year ago. However, just three months ago, it cost $19,175.

“I think the finances have worked against Oakland with it being a second call and not a primary call for vessels,” Bingham said.

The cost to return containers to China or East Asia from the West Coast, either empty or with exported products from the U.S., is less than $900 a box.

I think the finances have worked against Oakland with it being a second call and not a primary call for vessels.

Even with the drop-off in ship calls and cargo in recent months, year-over-year volume at Port of Oakland is up 2% through the first 10 months of 2021.

And with abundant space, Hwang believes the worst of the decline is over. He said several shipping lines have started restoring vessel services suspended earlier in the year. According to port data, 61 ships stopped at Port of Oakland in October, compared with 54 in September. When officials finish the month and tally the number of arrivals, they expect an even larger number in November.

“A lot of the ocean carrier decisions are being made based on trying to keep vessels as close to schedule or trying to catch up the scheduling as best as possible,” Hwang said. “We are fielding many concerns from various agriculture groups and exporters on a regular basis.”

The port said additional service calls would be particularly welcomed by exporters, especially from Northern California’s vital agriculture community and Midwest farmers and meat and poultry processors who have relied on Oakland to transport protein to the growing Asian markets. 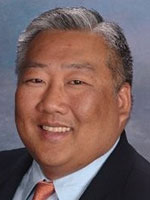 “We are not competitors with Southern California. We are all working in the same direction and what affects them ultimately impacts the Port of Oakland,” Hwang said. “We absolutely hope their situation gets better quickly, so quite frankly our situation will improve. We are all in this together.”

The backlog of containers at Los Angeles and Long Beach continues to lessen, and on Nov. 29 the ports announced they were suspending for another week the plan to impose fees on shippers for boxes that sat at the docks and were not moved.

Officials said the ports have seen a combined decline of 37% in “aging cargo” on the docks since the plan to levy fines was announced Oct. 25. The number of ships also waiting to unload declined to 48 on Nov. 30 from more than 60 two weeks ago.