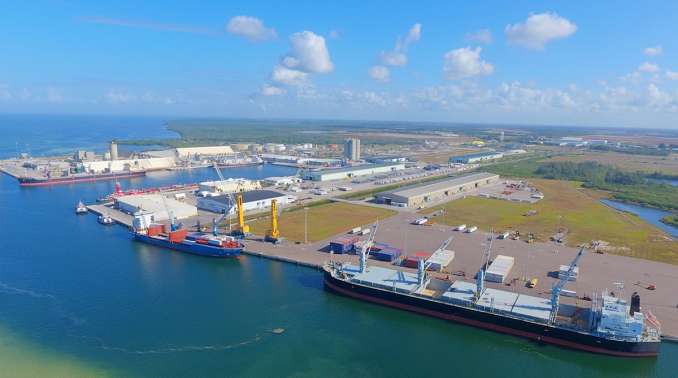 PORT MANATEE, Fla. — In spite of the COVID-19 pandemic, Port Manatee is experiencing a boom in business with containerized cargo trade increasing nearly 74% in the six months ending March 31, compared to the same period a year earlier.

An all-time-high 67,675 20-foot-equivalent container units moved through Port Manatee during the first half of the port’s current fiscal year, up 73.7% over the prior first-half record of 38,954, established in the six months ended March 31, 2020. 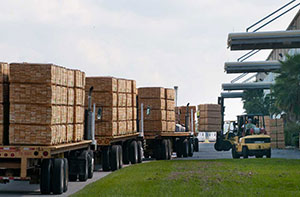 Total cargo moving through Port Manatee in the first half of fiscal 2021 reached 4.9 million tons, up 6.5% from a year earlier. (Manatee County Port Authority)

Port Manatee-based World Direct Shipping continues to augment its service offerings, now in its eighth year of importing produce and other goods from Mexico, while Fresh Del Monte Produce, which has been bringing Latin American fruit to its Southeast distribution center at the port since 1989, is now deploying new-generation, energy-efficient containerships.

In January 2020, the Herald reported that World Direct Shipping had become the fastest growing import container line in the United States, ranking 29th in size nationally, according to the Journal of Commerce.

World Direct started business at Port Manatee in 2014 with a single vessel making weekly voyages to the Mexican port of Coatzacoalcos, to import agricultural goods to the United States.

Since then, World Direct has added two more vessels and extended its service to include Tuxpan, the closest commercial port to Mexico City, as well as Tampico in the Mexican state of Tamaulipas.

Total cargo moving through Port Manatee in the first half of fiscal 2021 reached 4.9 million tons, up 6.5% from a year earlier. The overall increase was mainly driven by the containerized cargo boom, as well as a 24% rise in dry bulk tons handled, to 1,088,328 short tons. General cargo throughput, led by big gains in lumber and wood pulp imports, rose 10.7%, to 261,969 short tons.

The self-sustaining port generates more than $3.9 billion in annual economic impacts while providing for more than 27,000 direct and indirect jobs without benefit of local property tax support.