Pelosi Urges Trump to Press GOP to Back $2,000 Checks 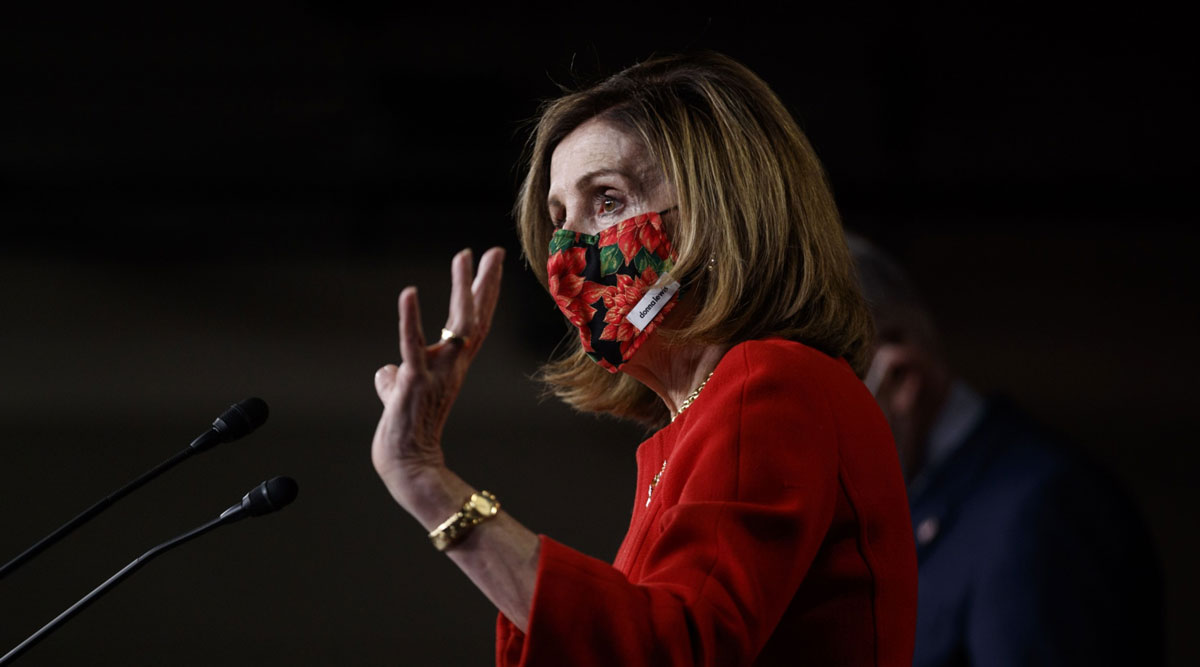 Pelosi highlighted in a letter to colleagues Dec. 23 that Republican leader Kevin McCarthy’s approval will be needed to proceed with a unanimous consent request to increase payments to $2,000, from the $600 that was part of the pandemic relief package Congress passed late Dec. 21. Trump on Dec. 22 said the smaller amount wasn’t enough, and he cast doubt over whether he’d sign the $2.3 trillion spending bill.

“If the president truly wants to join us in $2,000 payments, he should call upon Leader McCarthy to agree to our unanimous consent request,” Pelosi said in a letter to House Democrats.

The speaker also said that Trump should sign the legislation passed Dec. 21, which provides $900 billion in pandemic relief and $1.4 trillion in regular federal funding through the end of the fiscal year. Trump would need to sign it by Dec. 28 to avert a lapse in government funding after midnight that day.

“The entire country knows that it is urgent for the president to sign this bill, both to provide the coronavirus relief and to keep government open,” Pelosi said in her letter.

The speaker plans to convene the House in a pro-forma session at 9 a.m. ET Dec. 24. There’s been no word from Senate Majority Leader Mitch McConnell — whose GOP conference had consistently demanded a smaller relief package before signing on to the $900 billion effort on Dec. 21 — on whether his chamber will move on the proposal.

A spokesperson for McConnell didn’t immediately respond to a request for comment.

Economic data on Dec. 23 underscored the need for help, with Americans’ incomes tumbling 1.1% in November — far worse than economists had anticipated, and the second straight drop. Initial filings for jobless claims held above 800,000 in the most recent week, more than quadruple where they were in late January.

Trump slammed the Dec. 21 bill as a “disgrace” for not doing enough for Americans in need. The charge came less than 24 hours after Congress approved the legislation with overwhelmingly bipartisan votes. He also called for eliminating “wasteful and unnecessary items,” but he didn’t say whether he would veto the bill.

Just one House member could block the bill Pelosi plans for Dec. 24. She and her lieutenants would then need to decide whether they want to bring it before the entire House for a roll-call vote. Most members left Washington earlier this week after passing the year-end package on Dec. 21.

Boosting the payments for adults to $2,000, while leaving the payments for children at $600 would cost the federal government $482 billion, according to estimates from Kyle Pomerleau, an economist at the American Enterprise Institute. That’s roughly $318 billion more than the $164 billion in estimated payments in the current package, according to the Joint Committee on Taxation’s calculations. 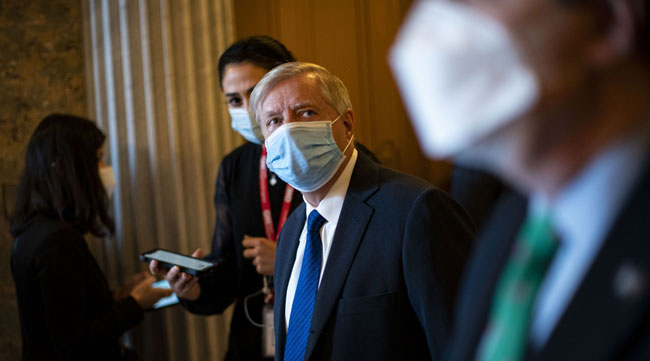 Senator Lindsey Graham speaks to members of the media at the U.S. Capitol on Nov. 17. (Al Drago/Bloomberg News)

Trump’s move puts sudden pressure on congressional Republicans, most of whom resisted larger stimulus checks in an effort to hold the total cost of the pandemic package below $1 trillion. Democratic Sen. Bob Casey said that while it’s good for Trump to support direct payments now, the president was absent during months of negotiations, when he should have been making those demands.

“Donald Trump’s going to have trouble with his own party,” Casey predicted in an interview. “It’s likely that that won’t happen because Republicans will vote against it — a lot of them didn’t want the $600. So that’s a nice sentiment for the president, but where was he all these months, helping Democrats get that done? He was AWOL.”

Two of Trump’s most ardent supporters, Sen. Lindsey Graham of South Carolina and Sen. Josh Hawley of Missouri, said the president’s bid to increase the payment amounts was the right move. Hawley had sought $1,200 checks before backing the Dec. 21 legislation.

Graham suggested the expanded stimulus checks be twinned with a separate Trump priority — the repeal of a law protecting social media companies from liability for most of their user-generated content.

The president has separately threatened to veto a giant annual defense spending bill for several reasons, including its lack of a provision to repeal these protections for social media companies. Republicans and Democrats alike argued that such a measure needed to be considered separately from the National Defense Authorization Act.

Trump would need to follow through on his veto threat of the defense bill on Dec. 23, or it automatically becomes law. Graham suggested that combining the repeal of the social media measure with the $2,000 checks would persuade the president to sign both pending pieces of legislation. Pelosi hasn’t addressed his pitch.

I hope Speaker Pelosi will agree with President Trump that Big Tech needs to be reined in by winding down Section 230 liability protections.

I have reason to believe this combination will lead to President Trump supporting the NDAA and COVID19 omnibus bills. — Lindsey Graham (@LindseyGrahamSC) December 23, 2020

“I have reason to believe this combination will lead to President Trump supporting the NDAA and COVID-19 omnibus bills,” Graham tweeted Dec. 22.

GOP opposition to further deficit spending could make that idea unworkable, however. That then sets up the possibility for two vetoes by Trump, and the potential for overrides by the House and Senate during the final weeks of his presidency. Trump has vetoed several bills during his tenure, but Congress has yet to successfully override one.