Pelosi Says White House Has to Offer More on Stimulus 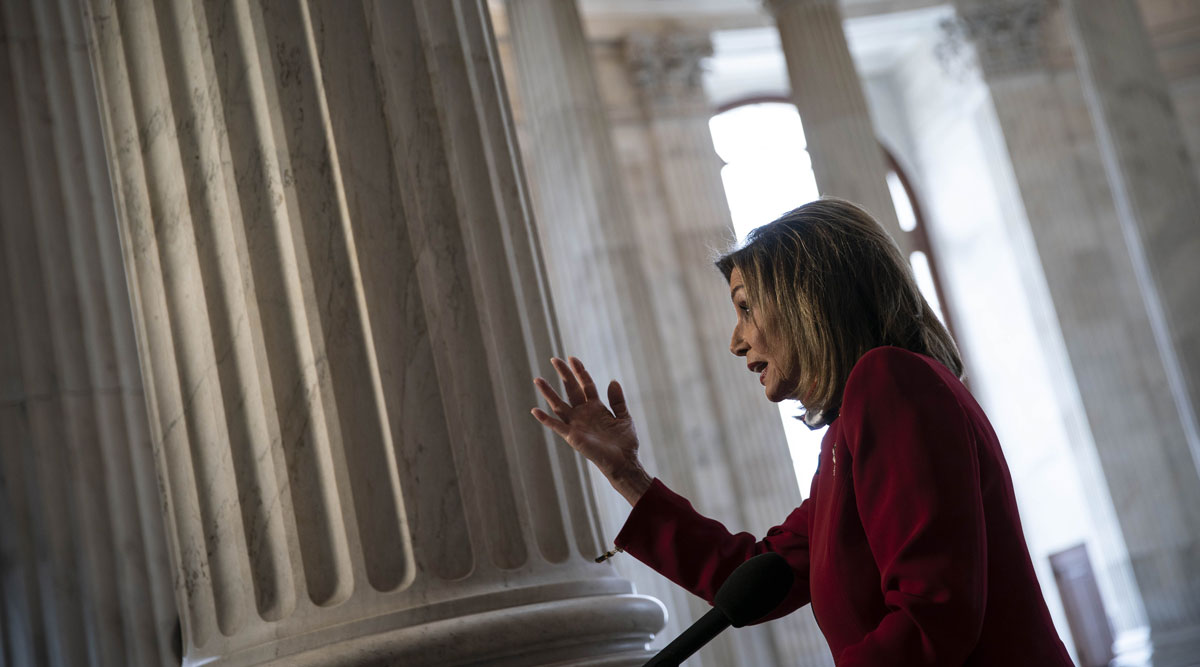 House Speaker Nancy Pelosi said the White House will have to agree to “much more” spending for a fresh round of stimulus if there is any hope of striking a deal before the election.

Pelosi said she talked with Treasury Secretary Steven Mnuchin on Sept. 27 and plans to discuss the stimulus with him again on Sept. 28. She held out hopes that they still can find a way to bridge the roughly $1 trillion gap between them on a plan to bolster the economy.

“We can get this done,” Pelosi said Sept. 28 on MSNBC, while emphasizing that more money is needed to combat the pandemic, safely open schools and businesses and help Americans hurt by recession.

“When he’s ready to come back to the table we’re ready to have that conversation,” Pelosi said. “But he has to come back with much more money to get the job done.”

The sides have been at an impasse since August, and time is running out for a deal before the Nov. 3 election. Pelosi has been insisting that the White House agree to at least $2.2 trillion in new aid, including funds for cash-strapped state and local governments and $600 per week in supplemental unemployment benefits. But the Democratic demands have since grown to $2.4 trillion.

Trump has indicated he could support as much as $1.5 trillion in aid, higher than the $650 billion put forth in a “skinny” aid package by Senate Republicans.

On Sept. 27, Pelosi said on CNN’s “State of the Union” that she and House Democrats would be making a new “proffer” in the negotiations soon, and that details would be outlined in a draft bill they will be ready to vote on even if there is no deal.