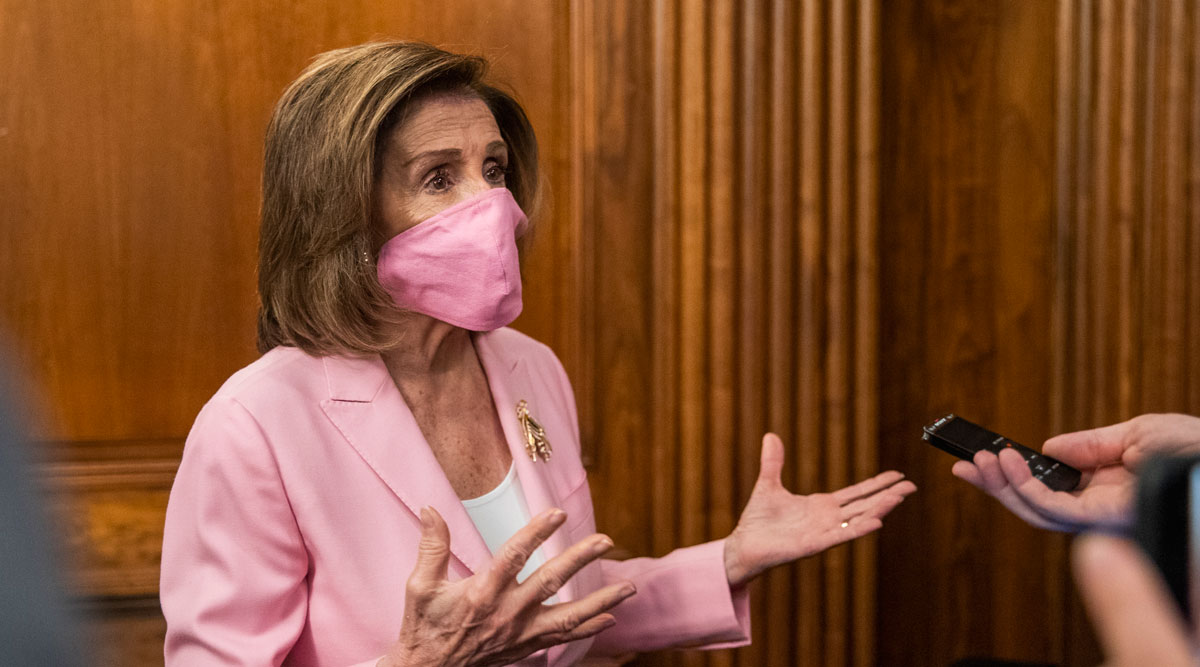 WASHINGTON — House Speaker Nancy Pelosi pressed ahead May 5 with the next coronavirus aid, a sweeping $800 billion-plus package that is expected to be unveiled soon even as the House stays closed while the Senate reopens in the pandemic.

Key to any plan to reopen the economy, Democrats say, is robust testing. They also are expected to propose another round of direct cash aid for anxious Americans, funds for states to prevent layoffs and more money to shore up businesses in the stay-home economy.

“We still don’t have a national testing strategy that is adequate,” Senate Democratic leader Chuck Schumer said May 5. He called it embarrassing. “It’s life and death.”

The contours of the next package are taking shape despite Republican resistance to more outlays and a deepening debate over how best to confront the deadly pandemic and its economic devastation.

President Donald Trump is encouraging states to reopen, and Republicans hope the gradual comeback will kick-start the economy, reducing the pressure for more pricey aid.

“Now it’s time to go back to work,” Trump said May 5 at the White House.

Under strict social distancing guidelines, the Senate reconvened May 4 for the first time since March, while the House is staying away due to the health risks as the conflicted Congress reflects an uneasy nation. The Washington area remains a virus hot spot under stay-home rules.

Senate Majority Leader Mitch McConnell opened the chamber defending his decision to focus the agenda on confirming Trump’s nominees rather than the virus outbreak.

On May 5, McConnell insisted that any new aid package must include liability protections for the hospitals, health care providers and businesses that are operating and reopening in the pandemic.

But the Republican leader also signaled an interest in beefed up virus testing strategies as central to the nation’s ability to take steps “back toward normalcy.”

“Testing, tracking, treatments,” McConnell said from the Senate floor. “Our task ahead will be to keep seeking thoughtful solutions.”

By reconvening this week, Senate Republicans are trying to set the terms of debate, frustrated that Pelosi was able to fill up earlier aid bills with Democratic priorities. They’re reluctant to unleash federal funds beyond the nearly $3 trillion Congress already approved in virus relief and hope Trump’s push to re-open will reduce the need for more aid.

For more than five weeks, the COVID-19 crisis has all but closed Congress, a longer absence than during the 1918 Spanish flu. 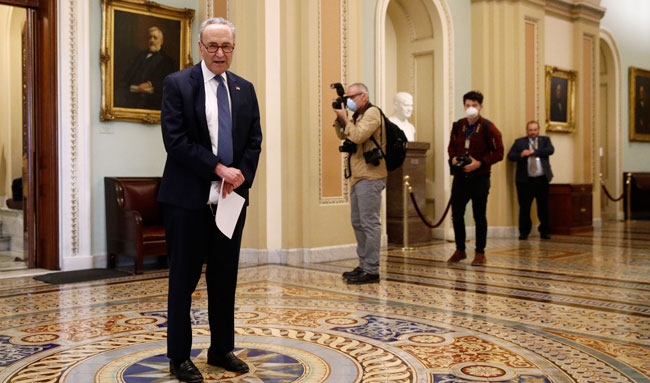 Senators returned to a changed place with new guidelines, including the recommendation that senators wear masks — blue face coverings were available for free and being worn by staff. They were also told to keep their distance and leave most staff at home. Public access is limited, including at public hearings. The Capitol itself remains closed to visitors and tours.

It’s not just lawmakers at risk. Reopening part of Capitol Hill poses health risks for the cooks, cleaners, police officers and other workers who keep the Capitol complex functioning.

Democrats are eyeing the new aid package as states and cities seek as much as $1 trillion to prevent local layoffs and keep paying nurses, police, firefighters and other front-line workers as local revenues tank during the stay-home shutdown.

Pelosi outlined the governors’ requests for $500 billion, with the counties and cities seeking as much as $300 billion, which she has said could be spread out over the next several years. On a private conference call with House Democrats on May 4, she also discussed a “paycheck guarantee” for the newly jobless.

Pelosi told reporters May 5 on Capitol Hill the new package will be “just very directly related to saving lives, the livelihood and the life of our democracy.”

Several House committee chairmen outlined the provisions expected in the upcoming bill, according to a statement from the Democratic caucus after the private call.

Trump said any new package must have a payroll-tax holiday.

In the Senate, McConnell has loaded up the schedule with consideration of Trump’s nominees, including a hearing underway May 5 on John Ratcliffe, the Texas Republican congressman who is Trump’s choice to lead the Office of the Director of National Intelligence.