East and Gulf Coasts on Pace to Surpass 2016 Levels 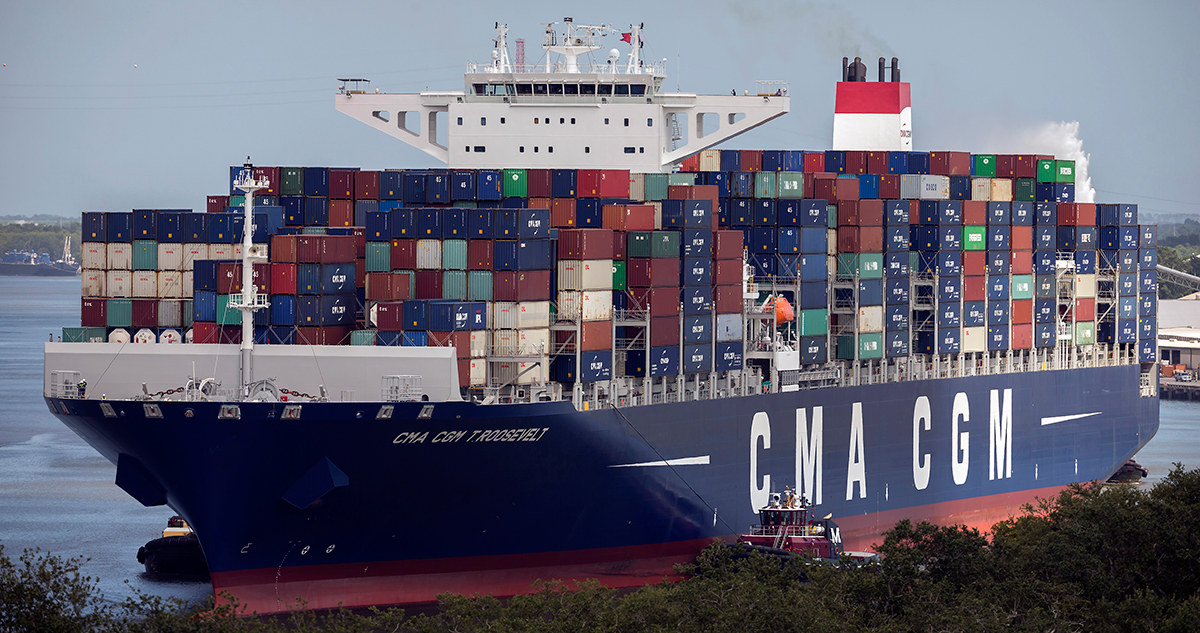 The Neopanamax ship Roosevelt calls on a port. (Stephen B. Morton)

The peak 2017 shipping season remains red hot, with nearly every major port reporting greater container traffic in September than a year ago.

The data comes in at a time of the year when many retailers import consumer goods for the upcoming holiday season.

The Port of Savannah, which ranks No. 4 in North America based on annual volume, announced that it handled 325,141 industry-standard 20-foot-equivalent container units or TEUs, a 5.4% increase from September 2016. The port has not fallen below 300,000 in any month this year, which represents the first time that’s happened since the port began tracking the data in 2003.

“Sustained organic growth coupled with increased market share are driving these volume increases,” said Griff Lynch, executive director of the Georgia Ports Authority, at the State of the Port address in early October. “We have also achieved major gains through the addition of Neopanamax vessels to the fleet serving Garden City Terminal.”

The Ocean Alliance, a vessel-and slot-sharing agreement between China Cosco Shipping and Evergreen Line, began a new service this year to the East Coast using Neopanamax ships traveling through the expanded Panama Canal. 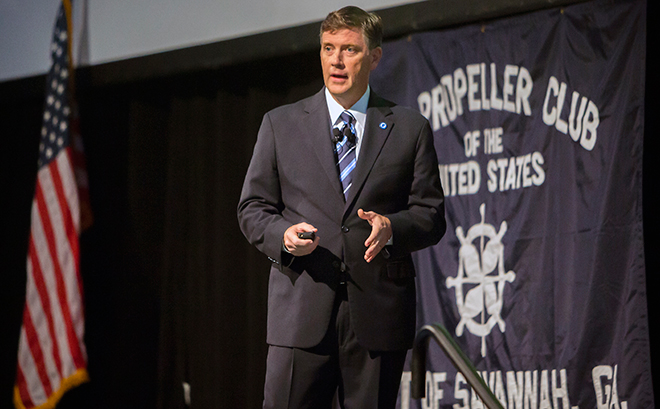 The Port of Virginia (No. 7) moved 237,816 TEUs in September, which is growth of nearly 8%, and container volume up nearly 9% when compared with the same month last year.

“We are seeing continued growth in all of our trade lanes, good peak-season volume and anticipate a solid performance for the remainder of the year,” said Virginia Port Authority CEO John Reinhart.

The Port of Jackonsville, which is ranked 16th and known as Jaxport, cracked the 1 million TEU mark for the fiscal year ending Sept. 30, 2017. Jaxport handled 1.3 million container units through public and private terminals. It could leapfrog Miami and the Everglades for the busiest Florida port. Jaxport is the origination point where Crowley Maritime, Tote Maritime and Trailer Bridge barges haul cargo to Puerto Rico.

On the West Coast, the month of September was generally positive, except at the ports of Seattle and Tacoma (No. 5 combined) known as Sea-Tac.

The chassis shortage continues to throw a monkey wrench into the supply chain at Sea-Tac, preventing truck drivers without their own private equipment from hauling containers without a prolonged wait.

Chassis utilization, or the percentage of those being used at a moment in time, hovered in the low-to-mid 90s in Seattle and Tacoma in September. This prompted Trac Intermodal and the Northwest Seaport Alliance to issue an urgent request for customers to return the equipment as soon as possible. Since then, the percentage in Seattle returned to 84%, but rose in Tacoma to a dangerously high 99% the week of Oct. 9.

A representative for Trac Intermodal wasn’t available to comment.