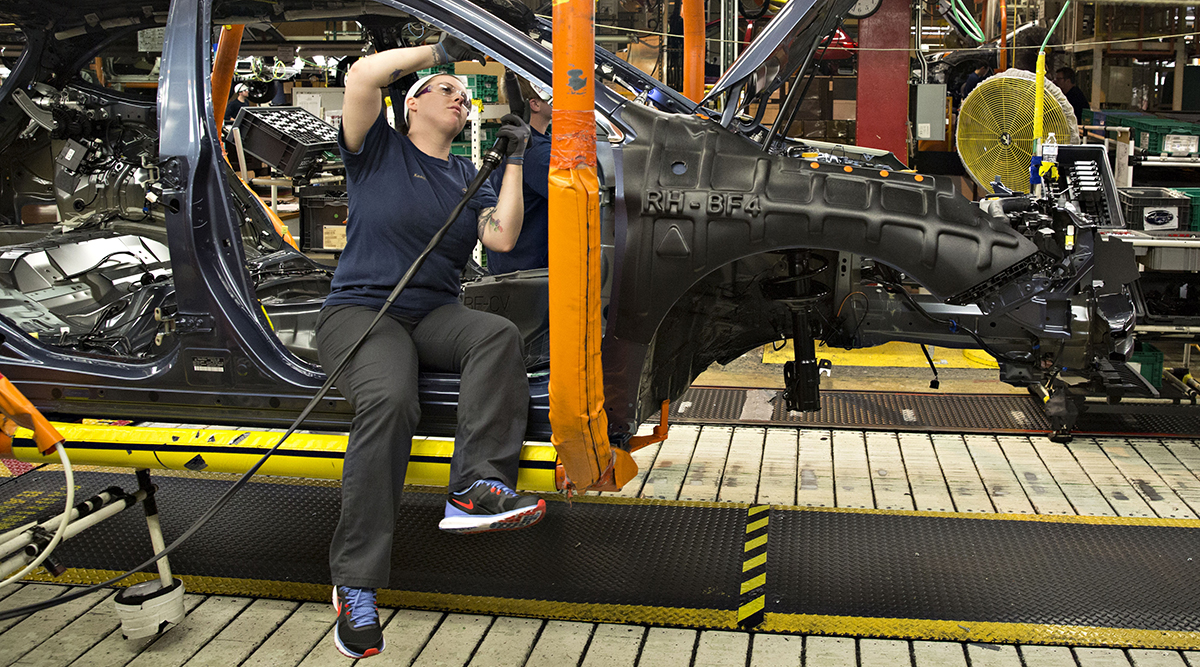 Non-farm payrolls increased by 312,000 in December, easily topping all forecasts, after an upwardly revised 176,000 gain the prior month, a Labor Department report showed Jan. 4. Average hourly earnings rose 3.2% from a year earlier, more than projected and matching the fastest pace since 2009. Meanwhile, the jobless rate rose from a five-decade low to 3.9%, reflecting more people actively seeking work.

The dollar surged, U.S. stock futures remained higher and Treasuries tumbled following the report. Hiring and wage gains will support consumer spending and offer some respite after a spate of weak economic data and cuts in corporate revenue forecasts fueled stock-market jitters. Still, it may be hard to replicate such labor-market strength in 2019 amid the U.S.-China tariff war, softening manufacturing, a housing slowdown and a projected cooling in global growth.

Federal Reserve Chairman Jerome Powell is scheduled to speak the morning of Jan. 4 in Atlanta. While the report is in line with the Fed’s view of a healthy job market and officials last month penciled in two interest-rate hikes for 2019, the central bank may need more evidence of strength before moving forward with the next increase following four in 2018.

Before the Jan. 4 report, investors had begun betting that policy makers will instead end up cutting borrowing costs.

The figures brought the 2018 payrolls gain to 2.64 million. Economists expect the pace of gains will ease this year, consistent with their forecasts that gross domestic product growth will moderate amid the trade war and a fading boost from the Trump administration’s tax cuts. 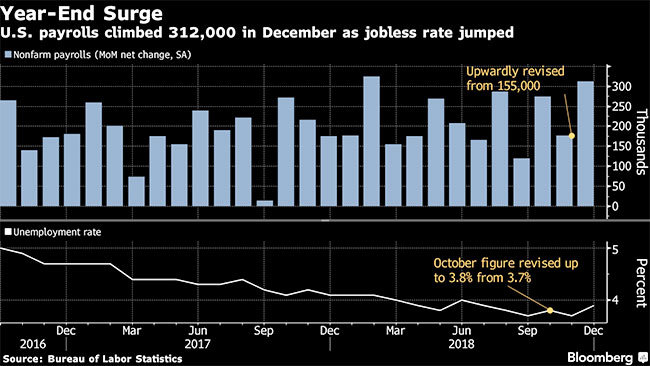 The labor strength spanned most industries, including the biggest gain in construction since February, and the most manufacturing jobs added in a year. Private service providers boosted payrolls by 227,000, the most in more than a year, amid gains in education and health services, leisure and hospitality, and retail.

While the unemployment rate increased to a five-month high, it may not be much of a concern because the participation rate rose to 63.1% — the highest since September 2017 — from 62.9%. The jobless rate remains well below the level that central bankers consider sustainable in the long run.

Average hourly earnings for all private workers rose 0.4% from the prior month following a 0.2% gain, the report showed. The annual increase followed a 3.1% advance.

Another measure, average hourly earnings for production and non-supervisory workers, increased 3.3% from a year earlier. While worker pay has risen very gradually during most of the economic expansion, companies have been competing more vigorously in recent months to attract and retain workers.