Outfitted Kenworth W990 to Set Off With Capitol Christmas Tree 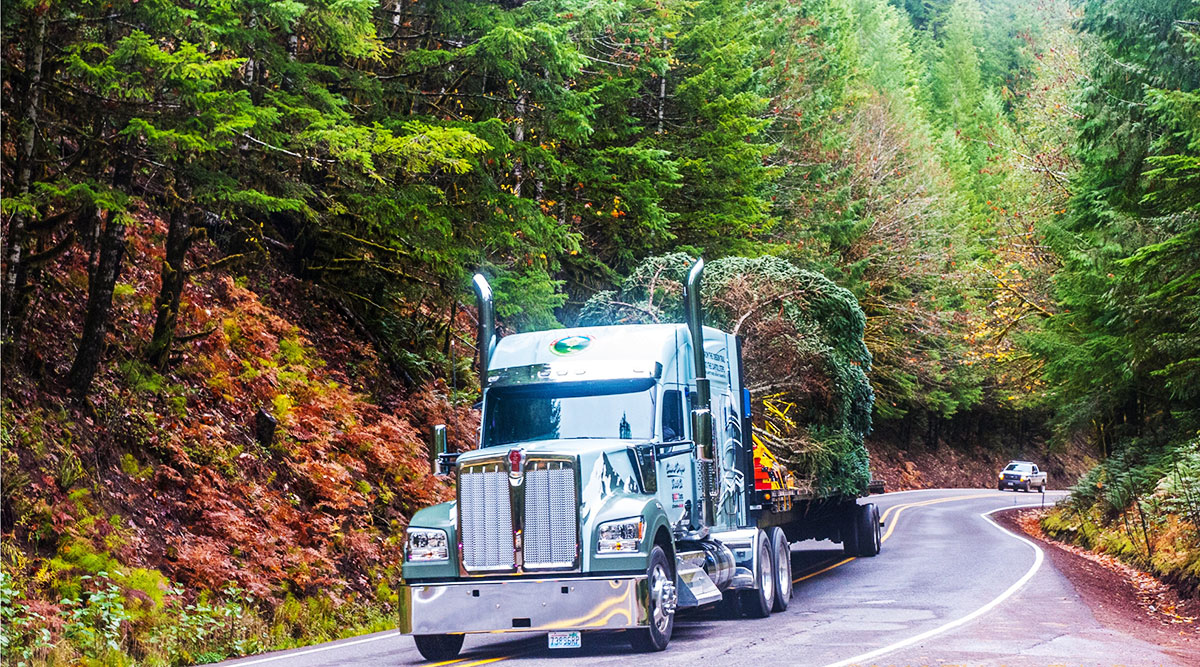 A new Kenworth W990 has the honor of hauling the 54th U.S. Capitol Christmas Tree. The approximately 3,000-mile journey to Washington will start Nov. 9.

Central Oregon Truck Co., is this year’s designated hauler of the tree. CEO Rick Williams watched as the tree was lifted by crane and set on the 80-foot-long trailer. Williams and other executives will be driving the truck and its special load as a part of a company effort that will involve other driving team members. Central Oregon Truck transports freight across the 48 continental states and Canada, and purchases its Kenworth trucks from The Papé Group, a major sponsor of this year’s tour. 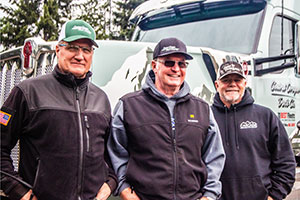 “It was a great sight. You don’t see an 80-foot tree loaded on a trailer every day, and they had to take great care to secure the branches,” Williams said.

The Kenworth W990 transporting the tree is adorned with a distinctive and festive graphics package. Featuring a 76-inch midroof sleeper, the W990 was spec’d with the Paccar Powertrain — a Paccar MX-13 engine rated at 455 horsepower and 1,650 pound-feet of torque, 12-speed automated transmission and 40K tandem rear axle.

You can track the progress of the tree in real time at trackthetree.com

Once the tree was set on the trailer, securing of the branches began. Phil Taylor, vice president of maintenance, drove the truck and traversed the 8 miles of logging roads before hitting U.S. Route 20 and Forest Service Road 2044. 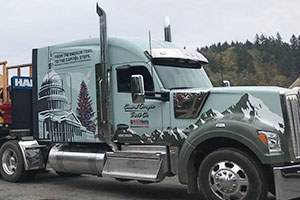 “The looks we received from other drivers were something else,” he said. “We had so much pride in hauling the U.S. Capitol Christmas Tree. It was inspiring.”

Once in Sweet Home, Ore., the tree was fitted with a special 200-gallon water bladder to keep it hydrated, carefully wrapped and boxed. The tour will stop for 25 community events, including the celebration of the 175th anniversary of the Oregon Trail and the 50th anniversary of the National Trails System Act.

Tour stops begin Nov. 9, at Sweet Home High School, where the tree will be the featured attraction for a parade and street fair. The tour will end Nov. 25 at Joint Base Andrews in Maryland before being delivered to the U.S. Capitol in late November. A tree-lighting ceremony Dec. 5 will be hosted by the architect of the Capitol in conjunction with the U.S. speaker of the House.