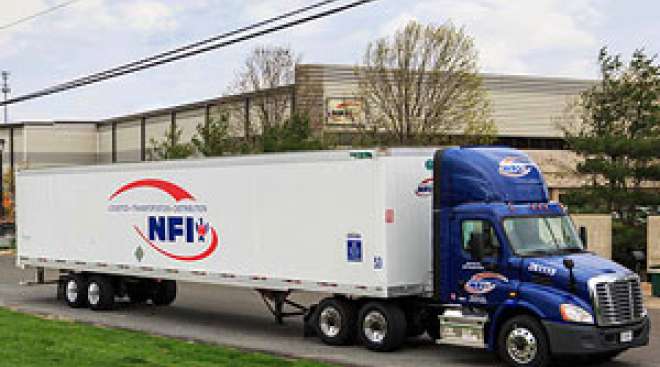 The Occupational Safety and Health Administration has ordered NFI Interactive Logistics to reinstate a truck driver who was fired for refusing to violate his hours of service. The New Jersey company also was ordered to pay the driver $276,000 in back wages and damages.

The driver had been delivering a truckload of Poland Spring bottled water from Northborough, Massachusetts, to Jersey City, New Jersey, on Aug. 15, 2012. A trip that should have taken three to four hours took much longer because of thunderstorms that flooded roads and caused heavy traffic and accidents.

The driver believed that he lacked sufficient time to complete the delivery and return home without violating the hours-of-service restrictions contained in the U.S. Department of Transportation’s Federal Motor Carrier Safety Administration regulations.

The driver instead transported his load to a customer facility in Kearny, New Jersey. According to OSHA, shortly after the delivery arrived, arrangements that were approved by NFI and the customer were made to have a different NFI driver haul the load to Jersey City. The original driver was able to return to Northborough without violating his HOS restrictions, but he was dismissed the next day for insubordination. He responded by filing a whistleblower complaint with OSHA.

“This driver found a way to do his job and ensure motor carrier safety,” said Kim Stille, OSHA’s New England regional administrator. “Rather than receiving credit for doing the right thing, he received a pink slip. The law is clear: Drivers have the right to raise legitimate safety concerns to their employer — including refusing to violate safety regulations — without fear of termination or other retaliation. NFI must reverse its actions and compensate this driver for the financial and other losses he has suffered as a result of his illegal termination.”

In a statement, NFI said, "We want to make clear that NFI strongly objects to and challenges the preliminary findings."

"NFI takes very seriously its compliance with the hours-of-service regulations and all other applicable regulatory requirements and any alleged violations of such regulations and requirements," the company added. "The safety of our drivers and the public is and always has been our number one priority."

The driver and NFI each have 30 days from receipt of OSHA’s findings to file objections and request a hearing before the Department of Labor’s Office of Administrative Law Judges. NFI said it would file a formal objection and will request a trial before an administrative law judge to, among other things, "correct the facts on which the preliminary findings were made, " the company said.

NFI, based in Cherry Hill, New Jersey, ranks No. 15 on the Transport Topics Top 50 list of largest logistics companies in North America, and No. 30 on the TT list of the Top 100 largest for-hire companies in the U.S. and Canada.