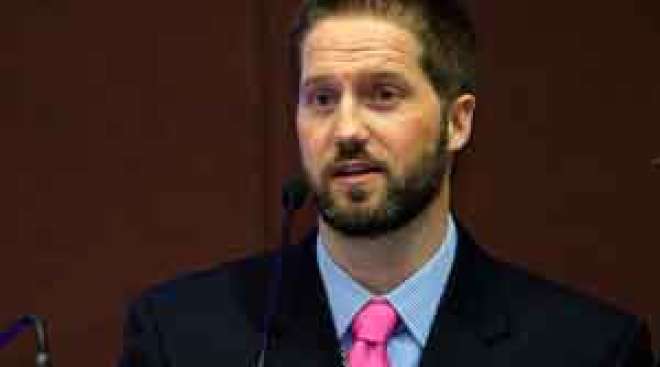 “We are happy where we are at given the challenging year, and we are really looking forward to 2017,” Toby Young said in an April 1 interview at the Kentucky Exposition Center.

In response to a question about whether he was certain there would be a show next year, Young responded: “Without a doubt 2017 and a 2018 and a 2019. MATS will continue to be annual for the foreseeable future.”

He added: "This is the show for the industry — the annual forum. We want everybody here that we can get here.“

During the 45th annual Mid-America Trucking Show, held March 31-April 2, there were about 1,100 exhibitors and an estimated attendance of more than 70,000. (Update, April 6: Organizers reported 74,937 attendees and 1,102 exhibitors.) However, all of the truck manufacturers were absent, as well as engine maker Cummins Inc. and a number of trailer makers and other large industry suppliers.

Young said he “would love to have the truck manufacturers in the show,” but “exhibitor sentiment has been strong,” and he said he was happy with the results.

“Obviously it is a different show without the truck manufacturers, but everybody we’re speaking with is saying it has been a great show for them,” Young said.

Daimler Trucks North America was the first to pull out of the show last May. DTNA President Martin Daum told TT in an exclusive interview the company wanted to focus attention on the 2016 IAA Commercial Vehicles show in Germany and called for MATS to move to a biennial schedule because “we have longer investment cycles. It is not that easy to every year make a big splash.”

Young said that while truck manufacturers’ product release cycles may be two years or longer, many exhibitors “want to keep this show annual because that is what they need to showcase their products."

“We are going to be as accommodating as we can be, regardless of product release cycles,” he said.

Much of the area the truck makers previously occupied in the South Wing was filled by a “Truck Dealer Showcase.” A small area at the far end of the main wing was converted into a food court, and there was some unoccupied space that in prior years had been used by exhibitors.

The North Wing and West Wing appeared generally unchanged from prior shows.

Beyond the showcase area, Young pointed out there were more total trucks and trailers on display than normal years, including in some booths throughout the exhibit hall that might not ordinarily have them.

“There is a recognized need to have trucks on the show floor,” he said. “That is what attendees want [and it is] satisfying knowing they can see trucks and trailers and technology all in one place as MATS has always had.”

Young also said conversations were taking place with several of the companies that did not exhibit at MATS this year.

“We had some that have visited with us during this year’s show. We’re hopeful we will get them back,” he said. “They have some expectations, and we will have ongoing discussions. We’re hoping in the near future we will be able to reveal results of the discussions, and we’re optimistic.”