Yes, incident footage can protect against litigation, but it also can serve as a training resource and improve driver accountability and safety.

The prevalence of video cameras for safety and security has grown exponentially over the past several decades, drastically changing the way businesses operate and influencing how justice is delivered in the courtroom. Recognizing that video safety and security systems are an investment — and, in a way, an insurance policy — some industries have been quicker to adopt the technology. Trucking and transportation is the next industry in which the deployment of video monitoring will become the norm. 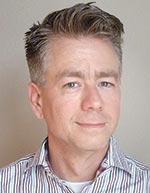 Why It Matters to the Trucking Industry

With more trucks on the road than ever before, the trucking industry is in a unique position to benefit from the prevalence of in-vehicle video tools, specifically for litigation prevention and driver training.

According to a report from the Federal Highway Administration, a car driver’s behavior is more than three times as likely to contribute to a fatal crash between trucks and passenger cars. However, when these cases go to court, trucking companies are held responsible for up to 90% of the damages.

It is in these cases that video records of a truck driver’s behavior are vital to protect the driver and the company from an unfair ruling. The presence of video evidence may even prevent a case from ever going to court.

While the truck driver is not at fault in most cases, video could reveal behaviors and patterns that, left unchecked, may result in accidents, and it’s the responsibility of the trucking companies to correct these behaviors.

This may actually be the bigger benefit for carriers: Video used as a training tool can help reduce the frequency of behavior that can lead to accidents and litigation.

Even professional drivers aren’t perfect, and the use of in-vehicle video can help improve the safety performance of not just an individual driver but an entire fleet, leading to lower insurance rates, less expensive incidents and fewer damage payouts and settlements.

The hurdle for many drivers is that having a camera in the cab with them recording their behaviors and decisions can feel a bit like Big Brother. It’s understandable, but drivers need to be reminded that having video is actually beneficial. Video is the impartial observer, taking the emotion out of the review of reported critical events.

Instead of confronting the driver about potential safety issues because of assumed behaviors, and the driver potentially feeling accused of something, these conversations become fact-based. For example, after an aggressive braking event, video footage can be reviewed to determine whether the driver was maintaining a good following distance and was in the appropriate lane for the conditions at the time.

When the video actually shows that the driver was doing everything right and that the triggered event was simply the result of the correct reaction to prevent an accident or avoid an even worse incident, the review of that event may not warrant anything more than a pat on the back for a job well done.

Video eliminates the possibility of the conversation ending with driver and management arriving at their own assumptions. Event reviews can become examples of professional driving and effective training tools to show other drivers.

Drivers already learn from other drivers. Including actual events from your fleet within your existing training programs — especially when the video highlights desired behavior — can be an effective way to help reinforce the benefits of having cameras in vehicles. Drivers may even start asking you to review certain events to showcase their expertise in the next training session to help other drivers.

An additional result of in-vehicle video is the almost immediate change to desirable behavior, known as the Hawthorn Effect. Because drivers know they have a camera in their vehicle, they will instinctively drive better. Video cameras in trucks make drivers more conscientious behind the wheel and can prevent bad habits from forming. But it’s more than just the driver’s behavior that’s affected by in-vehicle video.

Settlement costs from even a single incident can run into millions of dollars. While having video capabilities in the cab can make defending the company and the driver against false claims easier, it actually can do more than that. Through reinforced training and better driver behaviors, it can make your drivers safer, naturally lowering the number of incidents that occur in the first place.

The decision to include in-vehicle video within your firm’s safety and risk management strategy certainly must consider the concerns and expectations of your most important asset — your drivers. For fleets already invested in safety, it’s likely your drivers understand that your organization’s concern for their safety is part of your culture — embedded in the foundation on which you’ve built your company, service and fleet.

The drivers whom you recruit, hire and work with each day can expect well-maintained, safe and reliable equipment, consistent communication of safety goals and policies and that you share their concerns. Within this environment, including in-vehicle video is not so much about “Big Brother” but instead simply taking the next step to ensure that you and your drivers are able to protect and grow what you’ve been building together.

Schimelpfenig is the product owner for Omnitracs’ Critical Event Reporting and Video. His focus is on driver and highway safety. He has worked most of his career in transportation, including 22 years with J.B. Hunt Transport Services.